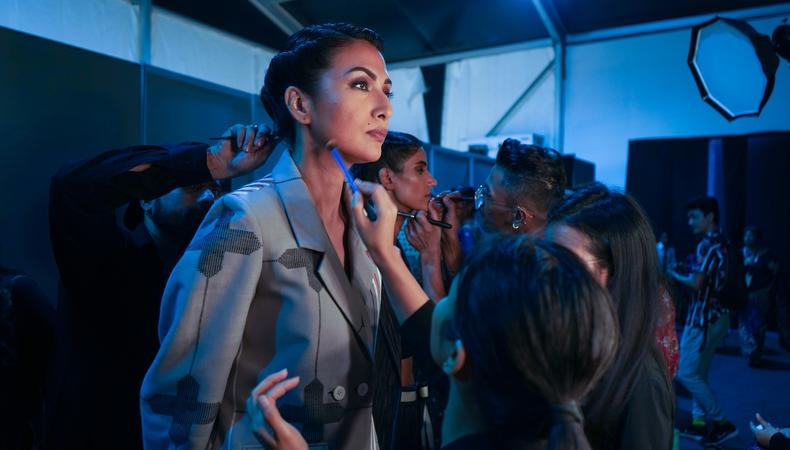 There are many different ways to make it as an actor in the UK. Training at a top drama school and getting an agent from its showcase has long been the traditional way to break into the industry. But fortunately that is far from the only route, and today’s stage and screen feature a mix of both trained and untrained actors. Here we look in more detail at some of the information you need to forge a career as an actor in the UK, and beyond.

Do you need any qualifications to be an actor in the UK?

No, there are no formal requirements to start an acting career, but there are talents that would help you on your way—from people skills to coordination. Mastering different accents and dialects can provide a huge advantage to your career. TV shows such as Birmingham-set Peaky Blinders will require an authentic accent at the audition process. If a role requires a foreign language, then being a native speaker will give you the edge, as learning a new language in a short time period is not realistic.

Singing and dancing are useful skills, especially as many musicals are being adapted for the big screen. If you want to be in a musical, put these skills on your acting CV and let your agent know you are interested in auditioning for this medium. The British Academy of Stage & Screen Combat runs intensive week courses if you want to add this to your CV. Improvisation is a sought after skill as many directors such as Mike Leigh use this method, and knowing how to ride a horse is helpful for period dramas.

Many actors dream of attending a top-tier drama school to feel qualified enough to perform. These institutions offer a high standard of training, and a prestigious name on your CV is never a bad thing. However, other actors manage just fine without them; Carey Mulligan was rejected from every drama school she applied for and has been nominated for two Academy Awards. She also won a BAFTA in 2010. 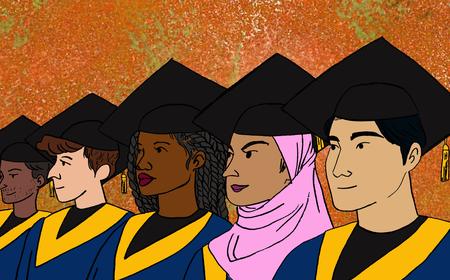 The Drama School Grad’s Guide to Acting In London

Should you decide to go the drama school route, you’ll have to audition to enter  an intensive program studying all the disciplines of acting. Most full-time courses are undergraduate (BA) acting degrees and funded by a student loan. The Federation of Drama Schools is a good place to start when researching where to apply to. Upon graduation, you and your school will invite agents to the final showcase to hopefully gain representation.

Types of acting programs include:

Even if one decides to study to become an actor, utilizing your skills in first-hand performance experiences—either on stage or on set—is equally as important as learning technique in a classroom. How you learn to be an actor is a personal choice, many actors choose to go straight into professional work without any formal training and instead learn their craft on the job. Actors who attend a drama school will acquire their experience during training, and the high standard of teaching is well-respected in the industry.

What education do you need to be an actor?

You can start your acting career straight after finishing secondary school without stepping foot in an educational institution again. Or, if you do wish to study at a university or a drama school, then what GCSEs do you need to be an actor? The National Careers Service has all the information regarding what is required to meet the criteria.

If you do decide to forgo conventional drama training, there are plenty of part-time courses, classes, and workshops to enhance your skills. The National Youth Theatre is a great example and provides an invaluable platform for young actors between 14 and 25. The NYT attracts thousands of applicants for its summer courses and has launched the careers of Kate Winslet, Idris Elba and Daniel Craig. 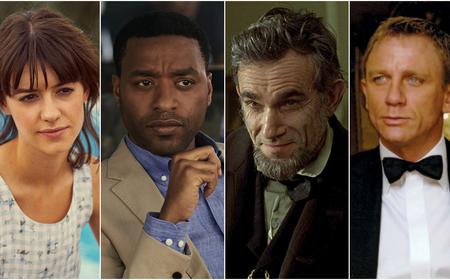 How to find an agent in the UK

Having an agent will give you access to better paid and more prestigious roles as they have connections within the industry. There is no rule on when to get an agent, some people like Keira Knightley get their first agent as a child, while other actors are happy to find roles independently from casting sites.

Actors who train at a drama school usually write to agents in their final year of training to invite them to a performance or showcase. Actors who choose not to attend a drama school can seek representation at any time in their careers. When you decide you want an agent make a shortlist of ones you think would suit you. If you don’t have many professional credits or are just starting out then a smaller agency might be a better option for you.

Make sure to check an agent’s existing clients to see if there is a gap in their books for you, if they already have someone like you they are not likely to take you on. Use your existing network, someone may be able to introduce you to their agent providing that first step in the door. Send an email to agents that includes a link to your Spotlight profile or headshot and CV if you are not a member. In the cover letter, introduce yourself, outlining your experience, why you want to be represented by them, and which shows and productions you would like to be in. Include an invite to an upcoming show if you have one. 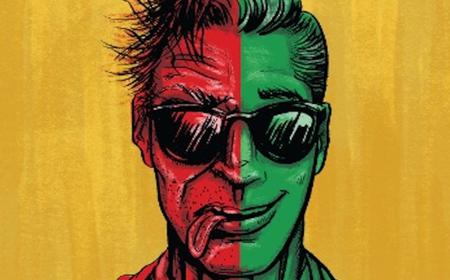 How to Get an Agent, According to an Agent
↑ Back to top

How do I find acting auditions in the UK?

At the start of your career, it is important to build up your professional experience and credits. If you don’t have an agent then casting platforms such as Backstage, StarNow and Mandy are a great place to start.

If you are looking for a career in theatre then auditioning for fringe productions is beneficial to your career as many productions get transferred to the West End or go on tour. You will also work with directors and industry professionals to build up your network.

If a career on the screen is your goal then short films are a great way to learn the craft and how a film set works. Again, many directors and producers go on to bigger things and may remember you for future projects. Short films are also great to gain footage for your showreel. Once you have enough credits, make sure to join Spotlight; it will make you look professional.

Utilise social media, there are many Facebook groups for actors in the UK, and most casting directors (CDs) are on Twitter for you to follow. Following CDs on social media keeps you in the loop of what is being cast, so if something comes up you think you would be perfect for you won’t miss out.

Connections are key, so keep putting yourself out there by working hard on your booked jobs and writing to CDs. It is best to write when you have a reason to contact them, such as that they are casting something you want to be considered for. CDs like to see actors perform so write to invite them to a performance where they can see you in action or send your updated showreel.

What should I expect at an acting audition?

First and foremost, be prepared. Plan your journey, arrive at least 15 minutes early and research the casting director and their previous credits, so if you engage in conversation they will be impressed you know your stuff.

Tips for selecting a monologue

Make sure you have read the play your monologue is from, as the casting director might ask you questions such as what happened to your character before this point? What is your character’s goal? Or why did you make your acting choices? If you don’t know the answers, you will look unprofessional.A CD may also redirect your monologue, so be open to the changes and show you can take direction.

Be prepared with another monologue on hand as they may ask for an alternative to better understand what you’re capable of. Wear something comfortable that fits the part, if you are auditioning for a lawyer, a suit jacket would be effective.

Acting for the camera is different to theatre acting, so it would be wise to take some classes if you don’t have prior experience. Many initial auditions for television are via a self-tape; some tips are below:

You will usually meet the casting director and a reader at an audition. Brush up on your cold reading skills; because you might get asked to read a different part and make sure you know the names of the people on the panel. 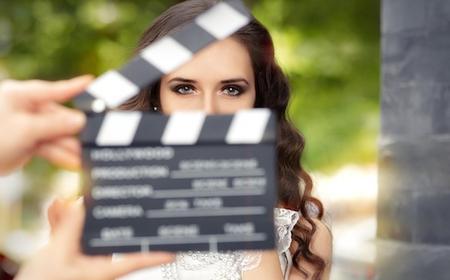 10 Acting Audition Tips
↑ Back to top

Different types of actors in the UK

There is a huge demand for talent in this area for documentaries, reality TV shows, and commercials. You will need a professionally produced voice reel that showcases variety and range to get work.

Many actors focus on these jobs as it is more consistent and pays well. You can contact casting directors independently about roles, or if you have an agent, they will use their connections to secure an audition.

The West End in London is the UK’s main theatre hub; according to Theatres Trust, there are an estimated 1,100 active theatres across the UK. There is a variety of theatre work on offer throughout the year, including plays, musicals, pantomimes and fringe productions.

Can you jump to Hollywood as a successful UK actor?

Absolutely! British actors have appeared in Hollywood movies for years. Some of the biggest blockbusters have UK talent in leading roles, such as Robert Pattinson in Twilight and Daisy Ridley in Star Wars.

Television networks such as the BBC and ITV sell their shows worldwide, launching global careers for their stars. Lily James from Downton Abbey, Phoebe Waller-Bridge from Fleabag and Regé-Jean Page from Bridgerton are just some who have benefited.

UK talent is well-regarded by Hollywood professionals, who admire the training structure in the UK and how easily they adapt to different accents. British actors often lead the way at the Academy Awards, and this year Olivia Colman was nominated again for Best Actress after winning it in 2019. 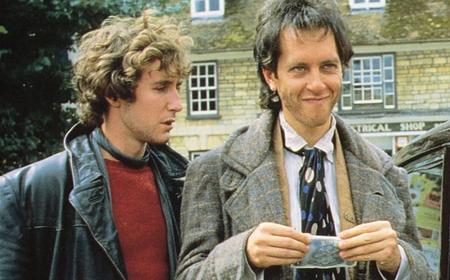 How many actors are there in the UK?

According to Statista, in 2021, there were nearly 50,000  people employed as actors and entertainers in the UK. It is difficult to obtain a definite number as to how many actors are unemployed in the UK. A survey conducted in 2019 by Queen Mary University in London concluded that 90% of actors are unemployed at any one time. Overnight success usually takes years, so you will need grit, determination and patience to make it as an actor in the UK.