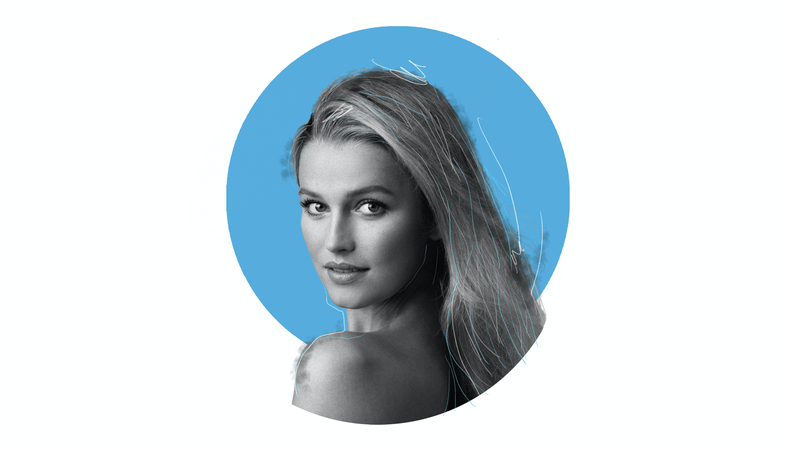 If you don’t already know Lily Travers from the first of the Kingsman films or her role alongside Hugh Bonneville and Gillian Anderson in the epic Viceroy’s House, you’re about to be introduced to her in ITV’s hugely successful period drama Victoria. Lily plays Sophie, the Duchess of Monmouth, a loyal friend to the Queen who becomes entangled in palace affairs during one of the most challenging periods of her reign. We caught up with Lily after filming to find out more about the role, what it’s taught her, and how a tie-dye dress helped her fall in love with acting.

As well as playing a Duchess in Victoria, last year you played a Lady in Viceroy’s House, set in India during the partition. Do you enjoy the research that comes with these roles?
I do! For Sophie, my role in Victoria, I read a lot about the era, women’s roles and social expectations at the time. Researching the period gives you so much to get your teeth into as an actor but there has to be the freedom to add in your own things too. What I found most exciting about Sophie was finding the emotional resonance within the part – the human journey, the bit viewers will hopefully relate to.

My character in Viceroy’s House was a real person called Pamela who I met after filming. Although you want to make the performance credible in their honour, it’s also important to inject it with something of yourself. After all, you can’t know exactly where they were coming from or what they were thinking.

Your Victoria co-stars Jenna Coleman and Tom Hughes have been in their roles for two series now. Did you get time to work together before shooting?
Not really, no – I was thrown into it. It was a swift transition from being in the audition room to being on the set and there was no preparation in terms of getting to know the other characters or actors. I found that challenge exciting though. I like being thrown into the deep end.

What have you learnt from the role?
Sophie faces difficult decisions and moral dilemmas. Playing her taught me so much about different ways of being strong. She has this special kind of strength that isn’t often portrayed on screen. It’s not macho, physical strength or steely emotional resilience but a soft and unwavering determination.

That’s thanks to Daisy Goodwin’s brilliant script, the nuance of her characters. And I really appreciate how she champions female stories. With Sophie, the male characters serve her plot line. That’s obviously in contrast with how women were treated at the time but it’s a beautiful example of how TV and film can be a different window into history. And it mirrors Queen Victoria’s own story – she was in a completely contrasting position to most women at the time too.

When did you know you wanted to be an actor?
We did a play at school called Millie and the Minibeasts, where everybody played all different insects and I was Millie. My costume was a rainbow tie-dye dress and I remember thinking: “This is the best thing in the world.” At the time, it was very much influenced by the dress, but in hindsight it was the fact that acting gave me the opportunity to step into a different world for a moment. Whether that’s one full of creepy crawlies or stepping into Queen Victoria’s palace – your imagination can come to life. That’s what drew me to acting in the first place.

Growing up, was there an actor that inspired you?
I’ve been inspired by a million different people, but as I’ve got older I’d have to say Mark Rylance. Every time I’ve seen him on stage and in film I think he has something so transcendent and pure – I can’t put my finger on it. I’d love to be able to decipher what it is that makes his performances so perfect. It’s either magic or genius.

Is there a film every actor should watch?
Find the thing that speaks to you. For me, I love what I call iceberg projects – Lord of the Rings is an amazing example. What you see on screen is a small part of this enormous world of work. From Tolkien creating an etymology for his languages and tracking the migration of Elf and Dwarf clans across Middle Earth, to how Peter Jackson approached the making of the trilogy. All these tributaries that lead off give the viewer the chance to go on their own journey and use their imagination. It’s kind of special because it’s alive within you, you add your own spirit to it. I find that really beautiful.

What advice would you give your younger self?
I would say make more of the downtime. Don’t think of it as being negative. You can learn so much from the periods you’re not working. Most of what we portray on screen is the human experience, so when you’re not acting let yourself experience that every single day. There are always opportunities to learn something new – whether that’s put into practice in your work or elsewhere in your life, those things are still valuable.

Do you have any special skills?
My uncle works in underwater filming and he taught me underwater performance – basically, how not to look like a pufferfish. When you’re on set it takes a lot of energy to hold your space and dissolve away from what’s going on around you, just because there are people everywhere doing their jobs. I love being underwater, it muffles your senses and you’re cocooned in this safe, watery space. You can go into yourself. It’s liberating. I’d love to have the opportunity to do some underwater work. Someone needs to make a good underwater movie now...