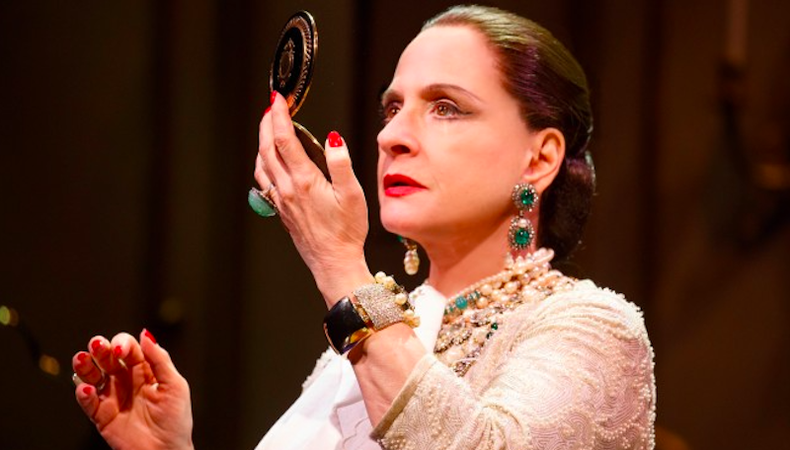 Casting’s complete for gender-swapped ‘Company.’
The final bit of casting has been announced for the Marianne Elliott-directed production of “Company,” playing London’s Gielgud Theatre beginning Sept. 26. Joining stars Patti LuPone and Rosalie Craig in the gender-swapped production will be Alex Gaumond in the originally-written role of Amy, and Jonathan Bailey as his devoted fiancé Paul. The duo will embody the pair as a gay couple as reimagined by Elliott and the musical’s creator Stephen Sondheim. An official opening is in place for Oct. 17.

L.A.’s Pantages will get super-sweet.
A full list of cities and dates have been announced for the national tour of “Charlie and the Chocolate Factory,” which ran on Broadway in 2017. Notable stops include Los Angeles’ Pantages Theatre (recent home to the “Hamilton” tour), which will last from March 27–April 14, 2019, and Seattle’s Paramount Theatre, running July 31–Aug. 11. Casting for the production, featuring a score by Tony winners Marc Shaiman and Scott Wittman, has not yet been announced. Three-time Tony winner Jack O’Brien directs the touring run, as he did for the Broadway incarnation.

Scarlett Strallen heads (mid) west.
Two-time Olivier Award nominee Scarlett Strallen, seen this past season on Broadway in Roundabout Theatre Company’s “Travesties,” will lead Chicago Shakespeare Theater’s North American premiere of “Nell Gwynn.” In the title role, Strallen will be joined in the music-and-dance play by Timothy Edward Kane, David Bedella, Larry Yando, Hollis Resnik, Emily Gardner, and others. The piece by Jessica Swale, which won the Olivier Award for best new comedy in 2016, will be helmed again by its British director, Christopher Luscombe. The run is slated for Sept. 20–Nov. 4.

‘Bat Out of Hell’ will fly into S.F.
“Bat Out of Hell,” the stage musical adaptation of the 1977 Meat Loaf album of the same name, will arrive in San Francisco this winter. Following its 2017 Evening Standard Theatre Award for Best Musical, the production—featuring a book, lyrics, and score by Jim Steinman—will play the SHN Orpheum Theatre Dec. 4–23. The production also played recent engagements throughout the U.K. at the Manchester Opera House and London Coliseum, as well as at Toronto’s Ed Mirvish Theatre. Casting has not yet been announced.

Everybody’s talking about these new ‘Jamie’ stars.
The Olivier Award-nominated new musical “Everybody’s Talking About Jamie” has announced a round of substantial casting news. Josie Walker, who has been with the production since its first reading, will be replaced with her understudy Rebecca McKinnis, beginning July 16. Additionally, Phil Nichol will step into the role of Hugo in the West End production, led by John McCrea in the titular role. Though nothing has been confirmed, the tuner, featuring a score by Dan Gillespie Sells and book by Tom MacRae, has been the subject of some Broadway transfer rumblings.

‘Babel’ will dance to San Diego.
“Beyond Babel,” a new immersive dance musical created by Keone and Mari Madrid and Hideaway Circus, has announced its world premiere in San Diego. Beginning performances Sept. 21, the production—inspired by “Romeo and Juliet”—will star Keone and Mari as the respective leads. Told entirely through the style of “west coast urban dance,” the piece will run for 10 weeks at an immersive space entitled Beyond Babel Theater. The cast will be rounded out with a 12-person ensemble of dancers.

Check out Backstage's theater audition listings, which you can sort by location!

Casey Mink
Casey Mink is the senior staff writer at Backstage. When she's not writing about television, film, or theater, she is definitely somewhere watching it.
END_OF_DOCUMENT_TOKEN_TO_BE_REPLACED