Kelly Macdonald’s No. 1 Piece of Advice for Actors + Accents 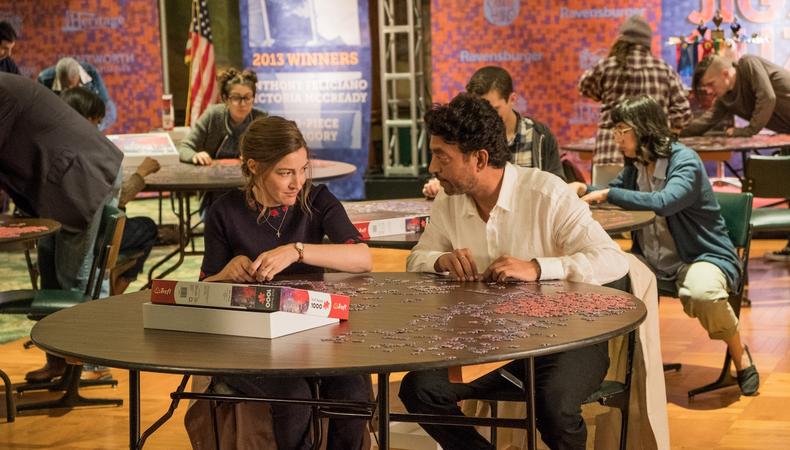 Scottish actor Kelly Macdonald—a noteworthy supporter in screen projects as varied as “Harry Potter and the Deathly Hallows,” “No Country for Old Men,” “Trainspotting,” and “Boardwalk Empire”—gets the leading lady treatment in Marc Turtletaub’s “Puzzle,” now on select screens. She stars in the touching indie drama as Agnes, an emotionally wayward American housewife who finds meaning in her life through the art of puzzle-making. Prior to its July 27 release, Macdonald came by Backstage HQ to reveal the secrets to her craft, including accent work, comedic timing, and various challenges she’s faced through her 20 years as a screen actor.

She waited till the last minute to find Agnes’ accent.
“I was very focused on the accent work [for ‘Puzzle’], so that really kicked into gear that week [before filming]. I was actually interviewing the dialect coach instead of on the phone or FaceTiming her, and I was literally too scared to do the accent in front of anyone yet…. I avoided doing the accent properly in front of anyone until the first day of shooting.”

Geographic specificity makes all the difference in accent work.
“The more specific I can be—like a place, a town, a village—[the better it works so] there’s something to go into. If I’m told [it’s] just a general American [accent], then I think I’m just really bad. If I work really, really hard, I panic and I sort of need a bit of a crutch.”

That panic, however, can make you a better actor.
“If you have to try harder with an aspect of work, then you should try to do more of that. I don’t know, it’s like muscle memory or something. I’ve done so many crying scenes and so many quietly sad roles that I can do that now, so it’s been very interesting the past couple of years to break out of that a little bit and play and do more silly stuff. It takes real confidence to do that.”

Macdonald knows what she likes—and doesn’t like—in her scene partners.
“Listening. Ninety percent of [being a good scene partner] is being a good listener and reacting to what you’re actually seeing and hearing. I very rarely worked with people where you’re aware that no matter what you’re doing in a scene, your scene partner is just going to do what they’ve decided they’re going to do and they’re not reacting to you in any way or really listening to you. And it does work; there are a lot of people who become very successful, and that’s the way they work, but I don’t like it. I find it really unfulfilling to be in a scene with someone like that.”

Put in the work, but don’t beat yourself up.
“I see younger actors tie themselves into knots about emotional scenes, and that’s what I did for a really long time. Then I began to think that that was just a part of my process and that if I didn’t tie myself into knots and lose sleep beforehand, then I wouldn’t do as good a job. Then you realize that you can do it without beating yourself up so much.”