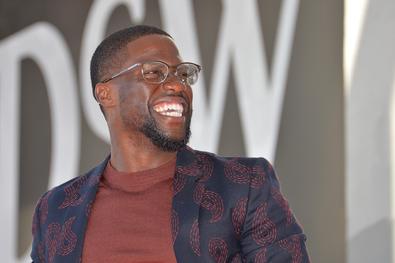 Kevin Hart is out as the 2019 Oscar host.
Only a few days after being announced as the host of the 2019 Academy Awards, Kevin Hart has stepped down from the job after homophobic tweets he sent resurfaced. (Hollywood Reporter)

A‘Call Me By Your Name’ sequel may be in the works.
After rumors that “Call Me By Your Name” author André Aciman was not keen on a sequel, it was confirmed that he is, in fact, writing one. Though Luca Guadagnino, who directed the Oscar-nominated film, has already made his interest in directing a sequel known, screenwriter James Ivory does not acre to be involved. (The Guardian)

Tom Hanks to star in live-action ‘Pinocchio’ remake.
The competition is on: both Netflix and Disney are working on “Pinocchio.” In a power move, Disney announced Tom Hanks would star as Gepetto in their version. Paul King (“Paddington”) will direct and unlike Netflix’s Guillermo del Toro version, this one will be fit for the family. (Variety)

Judge rules for‘Harry Potter’ and ‘Dear Evan Hansen’ to share San Francisco stage spotlight.
An ongoing feud between the Nederlander and the Shorenstein families who jointly run the three largest commercial theaters in San Francisco threatened the cancellation of two major transfers: “Harry Potter and the Cursed Child” and “Dear Evan Hansen.” The Nederlanders took legal action against Carol Shorenstein Hays, claiming that her staging of the shows goes against their agreement. However, the case was overruled and both shows will go on. (The New York Times)

New allegations against Les Moonves uncovered.
After an increased investigation by CBS into the allegations of sexual misconduct against executive Les Moonves, it has been revealed that they are accurate. Of the 17 accusers, 11 were interviewed and found to be credible in addition to surfacing more allegations. (New York Times)

MoviePass to launch new subscription plans.
In an attempt at recovery, MoviePass has announced they will offer a three-tiered subscription plan. The base plan at the original $9.95 offers viewings with limitations to what can be watched and when, while a more expensive plan—$14.95—offers unrestricted viewing. (The Verge)