Do You Know How to Market Yourself to a London Agent? 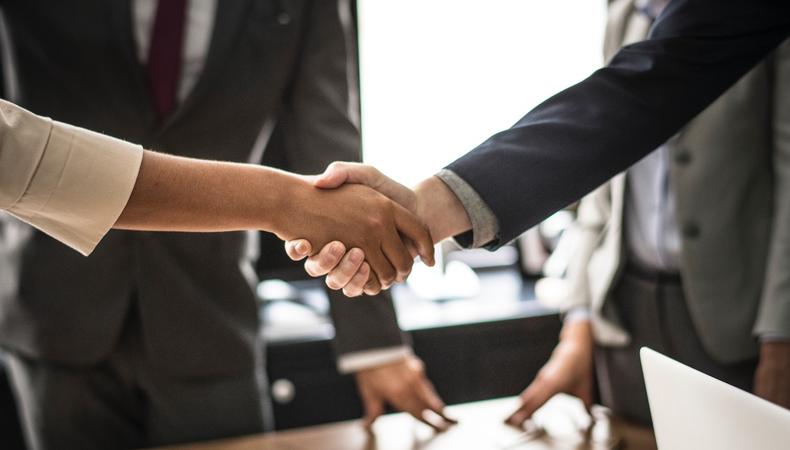 Here at Backstage, we want to make sure our readers are always feeling like they’re pushing themselves forward. That’s why we created Level Up, a weekly series for U.K. actors where we talk to pros who can help you take your career to the next level. Hear from the industry vets—from publicists and managers to agents and acting coaches—about how to do it! This week, Guy Kean and Seán D. Lynch of Mrs. Jordan Associates, a boutique London agency. Speaking with candour, humour and a rather no-nonsense approach, Kean and Lynch provided insight for actors looking to Level Up.

What do you look for in new actors to sign?
Guy Kean: Everyone you speak to will say different things. There is no right answer. Or we’d write the book and we’d all be multi-millionaires.

Seán D. Lynch: We are looking for someone who as a solid, fairly wide-ranging CV. We like people who’ve got mainstream theatre and some screen credits. They don’t have to be top of their game. We aren’t one of these big agents that deals with people who are names, people with profile. If you’re not a graduate, starting from ground-zero is really bloody difficult because there are so many actors out there chasing so little work.

The only caveat is that if somebody is in any way unusual, if they’ve got a quirky look or they’ve got a particular skill, which might be marketable, as long as it’s something we can work with, then they’re in with a chance.

They also have to know who they are. They have to be realistic in their expectations. Everyone should have ambition but it must be tempered with common sense. “Where am I now? What am I likely to be seen for?” [They need to] accept that—it’s an awful phrase everyone uses these days—they’re on a journey. They’re not going to come in at the top somewhere. There’s work to be done.

The other thing we look for when we meet somebody to use an American term: they have to be personable.

How do you think actors can make themselves more marketable to agents?
GK: It’s good to give casting examples: “In Shakespeare, I play this.” It’s very helpful, when people write to us if they give us examples of the type they are. It’s not helpful to anyone if they’re trying to shoot at a room full of targets. That’s not how casting is done. You have to be very specific. It’s helpful if the actor knows already what their casting bracket is.

Is there anything an actor can do that means you wouldn’t sign them?
SDL: It’s not necessarily something that would stop us seeing somebody, but we’ve got a website. It tells people what we want when they apply to us. We also have our names on there. So when they write, “To whom it may concern,” you think, “Look, and see who it might concern.” Use our names. Or they write, “Dear agent” and I often just write back, “Dear actor”. So those very early stage things can really put you off.

Also, a poorly-constructed showreel or a showreel where you can’t actually hear what’s being said.

We get, as most agents do, huge numbers of people writing to us and we try and be fair. We alwayslook at the showreel, we alwayslook at the CV, but if they make it difficult in any way, shape, or form, you think, “There’s a dozen other people I could be looking at at the moment. Why would I waste my time trying to work my way through this treacle?”

When we get to the point of meeting people...when somebody arrives late, that’s a bit of an off-put. One of the things that we’re very, very hot on is people being punctual and efficient.

GK: We’re testing how they will be when we put them in front of a casting director. Will they be a good advert for us and our other clients?

SDL: One of the principle things we see as our role is actually nurturing talent. We have a good overview about what’s going on, what would help their career progression. If they have already fixed in their mind which direction they’re going in, then really they don’t need us. We’d be butting heads all the time. They need to be open to opportunities.