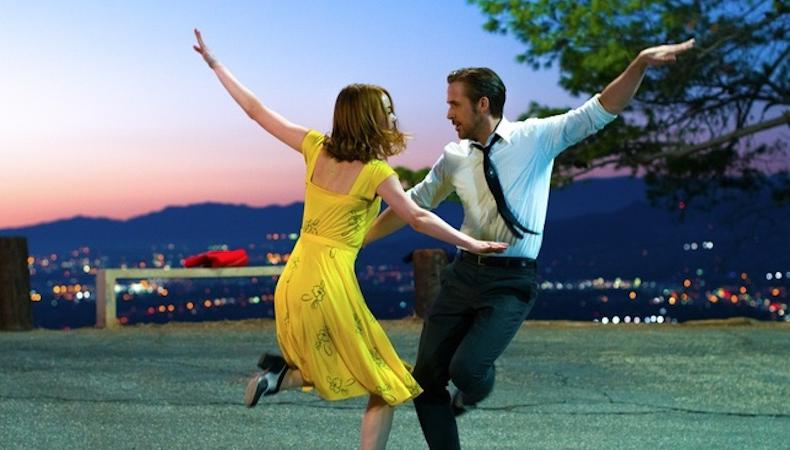 The British Academy Film Awards, London’s equivalent of the Academy Awards, celebrated and spread the love among many of the year’s buzziest films Feb. 12. The 70th annual BAFTAs ceremony, hosted by Stephen Fry at the Royal Albert Hall, handed top honors to Damien Chazelle and his awards-pillaging “La La Land,” an indicator of things to come at the Oscars in two weeks’ time.

In accepting the award for best film, “La La Land” producer Jordan Horowitz said, “There’s a lot of love in this community. And I think it’s our responsibility as artists and creators to take that and harness it, to create work that inspires joy, hope, and empathy, and challenges people…. Film, when it is at its best and most inspiring, reveals a fundamental human truth: that there is more tying us together than tearing us apart.”

Ken Loach’s drama “I, Daniel Blake” won the BAFTA for best British film, but fell to Kenneth Lonergan and his “Manchester by the Sea” in the original screenplay category. The film’s star Casey Affleck took home yet another accolade for his leading performance, making him a strong Oscar contender—despite his recent SAG Awards loss to Denzel Washington, who was shut out of the BAFTA nominations. Washington’s “Fences” co-star Viola Davis, however, picked up another in a slew of statues as supporting actress.

The EE Rising Star Award, voted upon by the public, went to Tom Holland of imminent “Spider-Man” fame. Rounding out the acting awards was supporting contender Dev Patel for “Lion,” a film that also won for Luke Davies’ adapted screenplay. The British actor bested perceived frontrunner Mahershala Ali for “Moonlight,” which earned four nominations but no wins with the British Academy. The film has yet to be released widely in the U.K.

Nathan Lane, Simon Pegg, and Prince William, Duke of Cambridge and president of BAFTA, presented the Fellowship to Mel Brooks. Accepting the Academy’s highest honor, the comedy legend said, “I think BAFTA has made unerringly good choices tonight, especially me. But I wanna tell you…to choose an American, mighty nice of you. Mighty nice.”

Jack Smart
Jack Smart is the awards editor at Backstage, where he covers all things Emmy, SAG, Oscar, and Tony Awards. He also produces and hosts Backstage’s awards podcast “In the Envelope” and has interviewed some of the biggest stars of stage and screen.
END_OF_DOCUMENT_TOKEN_TO_BE_REPLACED