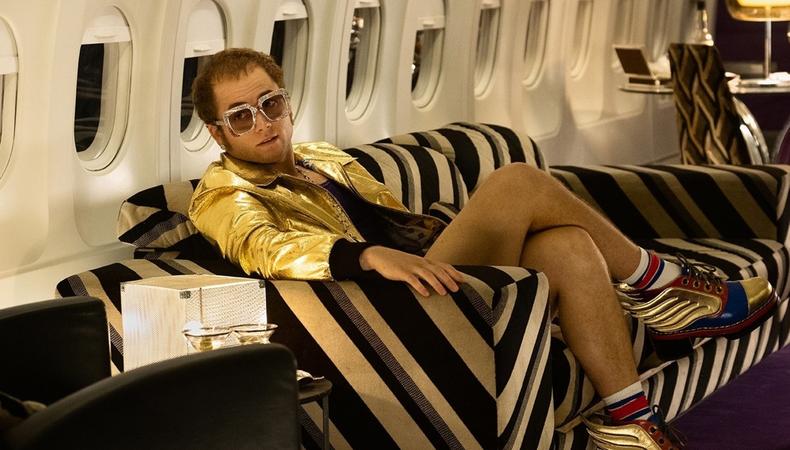 “Rocketman”
Fans of Captain Fantastic have finally gotten a first look at Taron Egerton as Elton John in the upcoming “Rocketman.” An official sneak peek has been released of the “Kingsman” actor in a very leggy photo, in costume and makeup. Egerton and co-star Jamie Bell, who plays long-time John collaborator Bernie Taupin, have been spotted around the streets of North London in the past few weeks as production ramps up. The biopic will go through John’s life and is set up as a musical with his songs capturing his path to stardom. Londoners looking to get in on the action can keep a look out for notices from casting director Reg Poerscout-Edgerton, who’s also been in charge of the “Kingsman” films Egerton is known for.