What Maisie Williams Learned From Her ‘Game of Thrones’ Audition 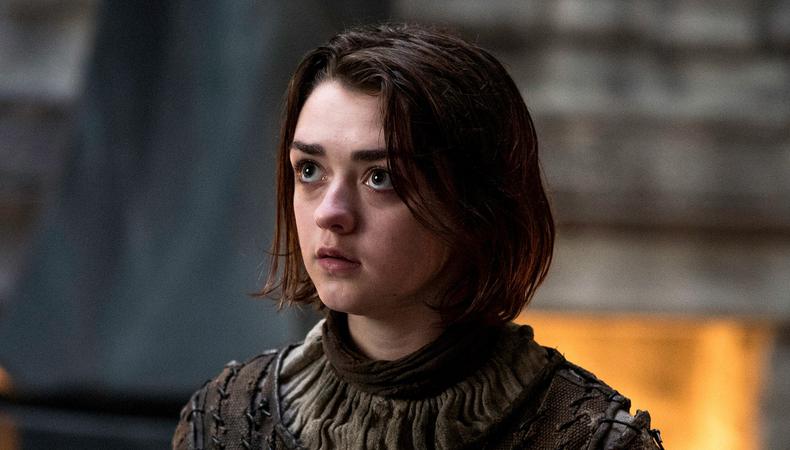 There are plenty of brilliant tips and takeaways from our Q&A with Game of Thrones star Maisie Williams. Ahead of the release of X Men: The New Mutants and Two Weeks to Live, Maisie spoke about what made her right for Arya, her tips for making your self-tape stand out, and why she’s got to nail the first take.

What made you right for Game of Thrones?
“I had gone quite far in the audition process for Nanny McPhee before I got to Game of Thrones, so I knew what to expect. And what I’d noticed was a lot of the other kids were just really well put-together, and I never felt like that. I was always losing something, or I’d forget my water bottle or my script. All of that stressed me out. But what I realised, when I got the part in Game of Thrones, was that all those things about me that were different made me right for that role. I even remember that on my audition day, I had a hole in my leggings and I was trying to cover it with my hand while I was doing the scene. But now I know that Arya is known for being scruffy, especially when she was a kid – she’s always the cause of her mother’s shame; she’s always late or has been out playing in the mud – stuff like that. So, I guess I learned very early on that the strange things about you are what makes you unique and what might make you perfect for a role.

Now, I’m trying to unlearn so much. When I was younger I was so naive, and that was the best thing that I could have been. But now I’m second-guessing myself all the time and tripping myself up, which is the worst way to be. It’s just something that you end up doing as you get older and you play things safer and safer. Just embrace yourself and take risks. It’s ultimately going to do better things for you, I think.”

How can you stay focused on a busy set?
“If I’m nervous about anything, I’ll pace. But quite often when setting up [a scene], they’ll want you to stand in your spot. And when there’s a lot going on, it can be distracting. From a young age, I always stuck my fingers in my ears, looked at the floor, and repeated lines or anything about the scene – especially when things were really emotional. I’d repeat things over and over in my head and zone out from everything else. I guess it’s like meditation. I wouldn’t have used that name for it then, but it’s just focusing intensely on the character, or a message for the scene, or something that you need to say – even a line you keep forgetting or something that is tripping you up.

Zoning out can help, because you’ve got to be able to do everything you can do in a drama room or in a self-tape, but [on set] with all of this stuff going on. But I’ve found peace with it now; I almost like it when there’s a lot going on around me – it adds to the tension. Now, I like the build-up, where you can feel people are looking at you and there’s all of the mayhem [of setting a scene]. I like playing into it – I can use it. And of course, you’ve got a million takes but I love to be able to do something in the first take because then I know I can do it and I feel confident doing it again and again. But yeah, at the beginning I’d have to literally have my fingers in my ears!”

What are your tips for self-taping?
“Self-tapes never get any easier. Trying to guess what someone wants and being that person is the wrong thing to do. But if you’re not doing that, it’s hard to know what you should do. A piece of advice I give a lot of my actor friends (who don’t listen to me by the way, so if you don’t want to listen to this I won’t be offended!) is to take risks. I think people watch so many self-tapes that there needs to be something that stands out about you. [Don’t be afraid to] take a really strange risk, like using a stupid prop or doing something with a crazy background – as long as it goes with whatever you’re doing. And commit to it. Have belief in yourself, no matter what you want to do. Doing things with conviction and being sure of yourself is the key to everything.”