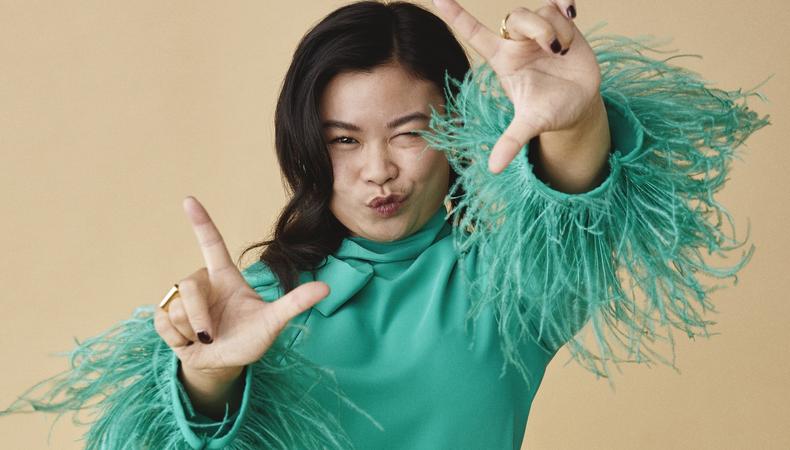 The following Career Dispatch was told to Backstage by actor-puppeteer Mei Mac, who plays Mei in the RSC’s stage adaptation of ‘My Neighbour Totoro.’

I was lucky to have really enthusiastic English and drama teachers who introduced me to the canon of great plays. It was always something I loved; but as someone of East Asian heritage growing up in Birmingham, there weren’t many role models in the industry. I never saw it as a career path until much later, when I was about to go to university to study medicine. I couldn’t afford drama school, so I trained in rep, doing seasons in Edinburgh and touring in vans.

From early in my career, I’ve been making my own work, so I’ve learned to wear lots of different hats and hone skills from circus to puppetry. I’m definitely a multihyphenate artist. People always use the expression ‘jack-of-all-trades,’ but they forget the whole phrase: ‘A jack-of-all-trades is a master of none, but oftentimes better than a master of one.’

My first job out of rep training was starring in a stage adaptation of Studio Ghibli’s Princess Mononoke, which played in Japan and London. I grew up on Ghibli’s work—it was like Disney to me—and to get to meet the likes of Hayao Miyazaki, Toshio Suzuki, and Joe Hisaishi left me speechless. They say to never meet your heroes, but that wasn’t the case with them. They are wonderful, amazing artists, and they are brilliant to work with. To get to do that twice feels like I’ve hit the jackpot.

I’ve been working on My Neighbour Totoro for over two years now. I was initially invited to help workshop the show as a puppeteer, but after a while, they began to think, Hold on—perhaps Mei would be a good Mei. So when we actually came to start rehearsals, she was already very present in my body. I felt like I had a head start. 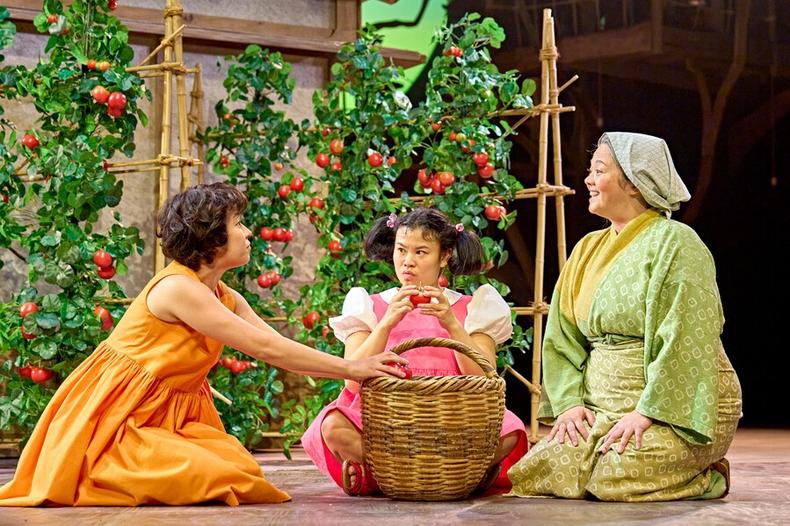 The beautiful thing about playing a child is that there’s a tendency to imagine a 4-year-old as being naive. But like many children from the postwar era, Mei and her older sister Satsuki have seen things beyond their years. There’s a real maturity to them, and Mei drives the imagination of the story. At its heart, Totoro is about grief, and these two girls who are missing their sick mother. Their coping mechanism is to lean into curiosity and escapism. There’s something really beautiful about that; the world needs it right now.

I have never seen or acted in anything quite like this show. I’ve worked with these puppets for months, but every time I see them, my jaw hits the ground. I’m in awe of the skill of Basil Twist, Mervyn Millar, and the Jim Henson team, as well as the puppeteers who are breathing life into these creatures onstage. Joe Hisaishi, who composed the film’s soundtrack, told our director Phelim McDermott that he reminded him of Miyazaki; and part of that is his understanding of the essence of the work. Ghibli’s films connect to humanity in a really organic way, and that’s why people are really drawn to it. It’s been our honour to make that come alive onstage.

In this industry, it’s really important to find your tribe and find the people who will hold you and support your work. That can mean many different things, whether it’s finding good peers or finding people who are more experienced and can help you to learn. During the last few years, we’ve been really worried about a drain of BESEA (British East and Southeast Asian) talent, so I founded Rising Waves as a way of connecting young artists to inspiring mentors. There is compelling data that early career artists are the most diverse, and when it comes to midcareer artists, that diversity drops off a cliff. I’m really proud that we have been part of a shift in the industry.