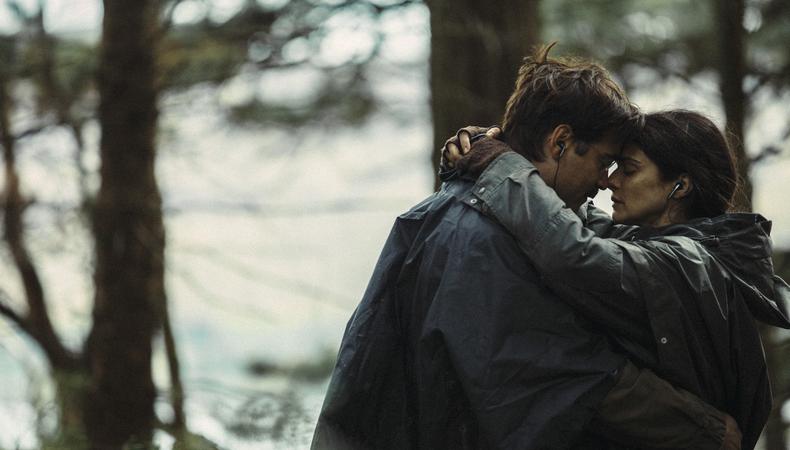 Yorgos Lanthimos’ films have a way of dissecting the fears that drive us and displaying them like autopsy results. While his past projects (the Oscar-nominated “Dogtooth” and “Alps”) have been more figurative looks at psyches turned inside out, the Greek director’s biggest push yet into the mainstream takes the death of the human form—and what leads to it—quite literally.

The English-language “The Lobster,” a departure from Lanthimos’ usual Greek scripts, introduces a darkly funny world in which coupling is coldly and sadistically enforced, being single is illegal, and failure to find a mate results in being turned into an animal of one’s choosing.

David (Colin Farrell) has decided to become a lobster. If by the end of his 45-day stay in an antiseptic hotel filled with other singles he has failed to match with a woman, he, like his dog of a brother, will be stripped of his human body and transformed. Why a lobster? They’re blue-blooded, “like aristocrats,” and stay fertile for 100 years—plus, he likes the sea.

Lanthimos’ simple but outlandish concepts push “normal” desires for wealth, companionship, and a constant beach vacation, for example, into an absurdist microportrait of society’s concept of success. His extremes render distorted realities recognizable, if not allegorical, and often leave audiences with more questions than answers.

“I tried to leave the film as open [to interpretation] as possible,” the director and co-writer (alongside Efthymis Filippou) says of his Cannes Jury Prize–winning picture. “But I can say that the film is about love and wondering whether there is true love. How you can find it and how can you identify it when you’ve found it? The pressure that you have from society to be successful—and successful is very particular, how it’s perceived; it’s not being alone [in ‘The Lobster’].

“There are all these themes and questions about freedom. Are you free to decide for yourself what is best for you and what you like?”

Some characters resolve to build relationships on lies rather than stay alone, like Limping Man (Ben Whishaw), who slams his face against tables or jams a pen up his nostril until he bleeds so he’ll have something in common with a woman with chronic epistaxis. Others quietly accept their singledom and wait for their time to run out, like Lisping Man (John C. Reilly), who gets caught masturbating and is cruelly and unusually punished with a toaster. Others, like Short Sighted Woman (Rachel Weisz), choose to be loners and run away to the woods surrounding the hotel; there, they are hunted down by singles desperate for more time (each loner tranquilized merits an extra day).

Despite this unusual specificity, Lanthimos’ scripts often don’t include in-depth character descriptions, and the actors cast to play these peculiar people are dictated entirely by his instinct. He watches actors’ interviews, meets them in person, and chooses them one by one. (“The Lobster” ensemble represents several countries including England, Scotland, France, Greece, Ireland, and the United States.) Once cast, there is no rehearsal.

“I try not to overexplain anything about the script, because I don’t really know much more than what’s written there,” he says. “The actors bring their own stuff and thoughts, and most of the time I don’t want to know what they are. It allows me to have more distance and observe what they’re doing without having the knowledge of what they have in their minds, so I can see clearly how that feels to me.”

Operating in this visceral way is perhaps what makes the director so astute at pushing audiences to study their own carnal inclinations, the causes and effects of what makes them tick.

But however cerebral Lanthimos’ films can be in the theater, his performers keep them grounded. “Don’t think too hard,” he advises actors. “Just be present and things will reveal themselves.”

Briana Rodriguez
Briana is the Editor-in-Chief at Backstage. She oversees editorial operations and covers all things film and television. She's interested in stories about the creative process as experienced by women, people of color, and other marginalized communities. You can find her on Twitter @brirodriguez and on Instagram @thebrianarodriguez
END_OF_DOCUMENT_TOKEN_TO_BE_REPLACED