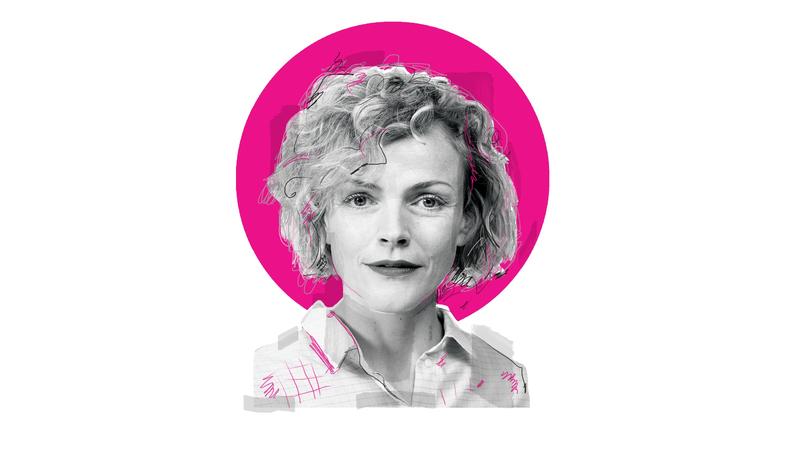 Maxine Peake’s CV reads like an actor’s dream. Alongside films like Peterloo and The Theory of Everything, she’s starred in some of the best TV of our time, including Black Mirror, Silk, the BAFTA-winning Three Girls and landmark comedies Shameless and Dinnerladies. Mark Kermode described her as an actor who “has simply never put a foot wrong on screen,” but she’s also played some of the greatest roles ever written for the stage, including Blanche DuBois and the title role in an acclaimed gender-switched Hamlet. After filming for upcoming ITV drama Anne, we caught up with Maxine to talk about surviving auditions, being cheeky and bringing a real person to life.

What’s been challenging about your latest role?
I’ve just finished playing a real person, Anne Williams. In some respects, that’s easier, as the research is there for you – and I was lucky with Anne because she’d written a book about the Hillsborough Disaster. Playing Myra Hindley [in See No Evil], other people had written about her. All that can make it harder in some respects because you don’t have as much freedom, you can feel restricted. With Anne, the script and the real story are different and, as an actor, you have to go with the script. Still, I felt a responsibility to her, to get her spirit across. And that filters into the rest of your work – I want to bring that level of detail to a fictional character.

You asked Mike Leigh to be involved in Peterloo. Were you always that cheeky or is it something you’ve had to learn?
I’ve done it a few times so I must have always had it! I think when you want something enough it’s OK. And I knew Mike always responds when actors write to him. Letters don’t go in the bin. For Peterloo, I just wrote him a little card asking if I could be in the film. And he wrote a little card back that said “yes.”

There have been a few times over my career I’ve done cheeky things to get a part – either pushing to get into a room or getting in and asking if I could audition for another part. But only when they’re projects I’m really passionate about – the ones where you’d kick yourself if you didn’t try.

What’s your worst audition story?
Any audition where I’ve had to dance. There was one where I thought it was a good idea to have a few vodka and oranges beforehand because the only time I dance is when I’ve had a drink. I thought it went amazingly – thankfully they didn’t tape it. I don’t advise drinking before an audition, I’ve never done it since. But I still make a fool of myself on a regular basis. There’s not many I come out of and think: “Wow, I did a really good job there.” Mostly, I come out and go: “Taxi! To the Job Centre please.”

What was your most memorable survival job?
Bizarrely, I was a lifeguard for a long time with Paddy McGuinness. We both worked at Horwich leisure centre in Bolton. I’ll probably get a phone call after this saying “stop telling people that!”

What film should every actor see?
John Cassavetes’ Opening Night with Gena Rowland. That’s an extraordinary film. It encapsulates the world of theatre and Rowland’s performance is incredible. When someone introduced me to her, I was like: “How did I not know this person before?” Now, I’d tell anybody to get a Cassavetes box set and watch A Woman Under the Influence and Gloria as well.

And is there a play every actor should read?
I would say A Streetcar Named Desire because of the depth and layering of Tennessee Williams’ stories and characters. People say there’s no female Hamlet, but Blanche DuBois is on stage for almost three hours. And from playing Hamlet to playing Blanche, I would say that she was more exhausting, physically and emotionally.

What’s the best thing you’ve learnt from a fellow performer?
Doing Dinnerladies, Victoria Wood told me that because I was big, blonde and northern I was going to get typecast if I didn’t watch out. Around the same time, the actor Michael Culkin told me your career isn’t made by what you do but by what you don’t do. That’s become my mantra. Pick carefully and go with what interests you. I’ve been lucky enough to have moments where I can turn jobs down. Where I can eat, pay the rent and not do a job.

Saying “no” can also be about what is enjoyable. Sometimes jobs come along and I project myself forward to see that I’ll be standing around in a muddy field doing the role. And I think: “Actually, that’s going to be difficult for the wrong reasons.”

What advice would you give your younger self?
Go into auditions and be braver. Stop worrying if your accent isn’t perfect, it doesn’t matter. After drama school, I had all these great auditions but was always frightened and self-conscious. I should’ve just gone in and had a bit of fun but I was so petrified, constantly thinking: “I’m not right for this” and talking myself out of stuff. It’s taken me a long time not to be so self-conscious.