The Power of Words: Why 2 London Actors Started Talking 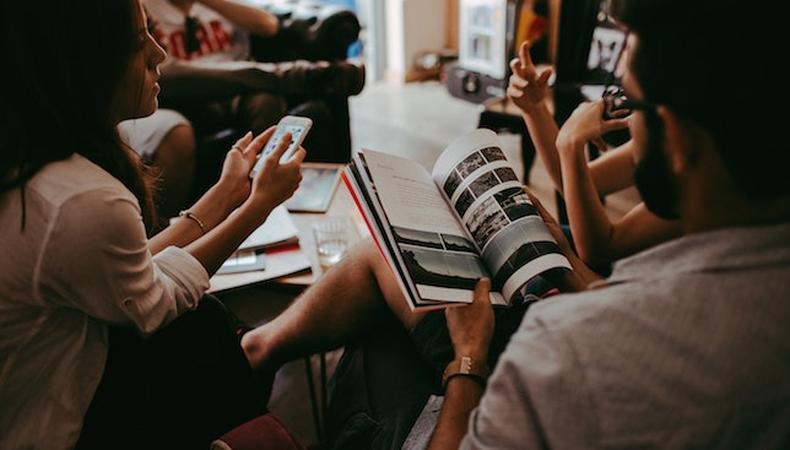 Acting as a career can be lonely. Brightly burning friendships during filming or rehearsals can fizzle out quickly after the job is done. Periods of unemployment can be isolating and it’s easy to feel “you have no control”.

Two London actors are aiming to change that with TALK, a new community of local performers gathering to do what their title suggests, “without an endgame, without any status,” says Christian Edwards, co-founder alongside Harry Long. The goal is simple: to connect and support one another.

The duo has experienced first-hand the ups and downs of the business and felt the time was right to create a safe, informal space for performers and workers from across the industry to discuss its impact on their mental health.

“I had a particularly difficult time last year and Harry, one of my closest friends, helped me through it”, he says. The pair found sharing experiences useful but wondered, where else can actors go for this type of support? “We put immense pressure on ourselves and it’s common to feel unworthy”, he says of a career path in the arts. Both felt a group could help others realise something vital: “You’re not going through this alone”. Edwards and Long aren’t therapists or counsellors; they’re just two actors who wanted to get people together over tea and chocolate biscuits to share experiences and solutions. “As much as reading or tweeting support are good, there’s nothing like connecting with people face to face—that’s healing in its own right”.

The group covers everything from professional crises to arriving in London, and while friends tend to be of a similar age, TALK offers younger actors the opportunity to hear from older ones with experience, who can speak from a different perspective. It also gave young actors a reality check. “When I left drama school I thought I was going to be famous in six months! You’re in an institution where you know what parts you’re playing and you’re hopefully told you’re good. You feel incredibly positive about your career but don’t know the reality of the business”, says Edwards.

He explains that a factor in his own depression had been letting his work and personal life merge too far, forgetting that person and actor were separate things. Career milestones such as a six-month gig or tour also meant leaving behind or putting on hold a “normal” life in London. Edwards found himself asking “who am I when I’m not working?” and feeling stuck in a vicious circle of craving to go back to acting jobs but fearing he was sacrificing the day to day.

Of course, the concerns over jobs inevitably brings up ones over money. The group touches on working for free as well as taking on different jobs. Someone asked whether actors should work front-of-house in a theatre, “an environment where you’ll have success shoved in your face” and spend every shift watching other actors do what you love. The expense of living in London is another topic of discussion as is being encouraged to spend what little money is leftover on classes, networking events, and promotional materials. Edwards concedes that “you have to pay to be an actor” but the hand-to-mouth existence contributes to loneliness and anxiety. “No one wants to say ‘I’m skint’. Admitting that is hard. And when you do go for a drink you’re not enjoying it as you’re constantly aware of spending as little as you can.” Staying at home isn’t much better, and tradeoffs to be an actor can become more apparent: “living in a place you don’t like, not feeling at home, and paying a hell of a lot to be there”.

READ: U.K. Actors: Should You Work for Free?

Whilst talking won’t pay your rent, TALK’s founders believe hearing the solutions of others in similar situations is the way forward, whereas seeking advice from well-meaning but clueless friends or family can mean defending your position to people outside the industry. From within, you can learn the coping strategies of people who’ve been there and, put simply, “get it”. Edwards offers a nugget from one of the group’s first sessions in March 2018: “Write down three positive things you’ve done so you become aware that each day you’ve achieved something”. He also offers that being here is success in itself. “Following a passion and a different lifestyle—a more bohemian and difficult lifestyle—you should be proud of that”. It’s about being kinder to yourself, even when you’re working in a bar or a cafe, and being proud that you’ve made the decision to be an actor.

In the future, Edwards and Long want the TALK community to grow and to pop up around the country, “allowing the dialogue of mental health in the arts to continue”. They also hope to offer classes in stress management, meditation, and perhaps even group counselling. But they’re open to new ideas. “We’re looking for answers as much as anybody”.