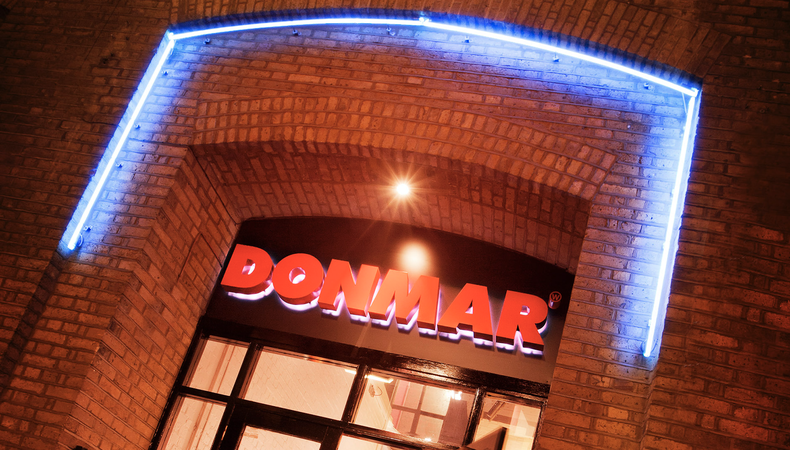 No sweat for Sweat’s opening night at the Donmar.
Last week the American play Sweat by Lynn Nottage opened at the Donmar Warehouse to terrific reviews. Directed by Lynette Linton, the show takes place in 2008 and follows three women who work in the steel industry in Pennsylvania as it falls apart. The play won a Pulitzer in 2017 and was nominated for three Tony awards. Donmar’s production stars Leanne Best, Patrick Gibson, Osy Ikhile, Wil Johnson, Stuart McQuarrie, Clare Perkins, Martha Plimpton, Sule Rimi and Sebastian Viveros. It plays until the end of January.

Star-studded All About Eve fills out its cast.
All About Eve is set to open in February 2019 at the Noël Coward Theatre. Led by Gillian Anderson (The X-Files) and Lily James (Mamma Mia! Here We Go Again), it has just been announced that Stanley Townsend will play Addison DeWitt, a theatre critic. Townsend has previously trod the boards at the National Theatre and the Royal Court amongst others. Alongside Anderson, James and Townsend are previously announced Philip Voyzey, Grace Stone, Charles Hagerty, Tsion Habte, Monica Dolan, Sheila Reid, Julian Ovenden, Rhashan Stone and Ian Drysdale.

Rough Crossing goes on tour but not at sea.
Tom Stoppard’s 1984 comedy Rough Crossing is being revived for a 2019 tour starring Charlie Stemp (Half a Sixpence) and John Partridge (EastEnders). Directed by Rachel Kavanagh, the production will also star Simon Dutton, Issy van Randwyck, Rob Ostlere and Matthew Cottle. The story follows two playwrights on an ocean liner to New York as they deal with the drama their production team creates at sea. The tour will begin at the end of January in Windsor and will crisscross its way around the country, finishing in Cambridge.

Another West End debut in Waitress.
Joining Katharine McPhee in Waitress in the West End in 2019 will be TV’s Jack McBrayer, known for his role as Kenneth in 30 Rock. McBrayer will play Ogie, the awkward blind date who shows up for Dawn. The production will open in February at the Adelphi Theatre, having previously smashed the box offices on Broadway (and still running in New York) and been nominated for four Tony awards.

Ch-ch-ch-changes ahead in leadership.
The artistic director of Soho Theatre, Steve Marmion, has announced he is stepping down. After eight years as AD and joint chief executive, he tweeted that he is delighted to depart, allowing more time and space for his own creative endeavours. Under his leadership, average audiences at the Soho nearly tripled in size.

Battersea Arts Centre announces its new artistic director: Tarek Iskander. Following David Jubb’s exit in April 2019, Iskander will lead the team at BAC as it comes back from closing after a fire in 2015. Currently, Iskander serves as interim director for Theatre at Arts Council England but is looking forward to the challenges ahead of him at Battersea.