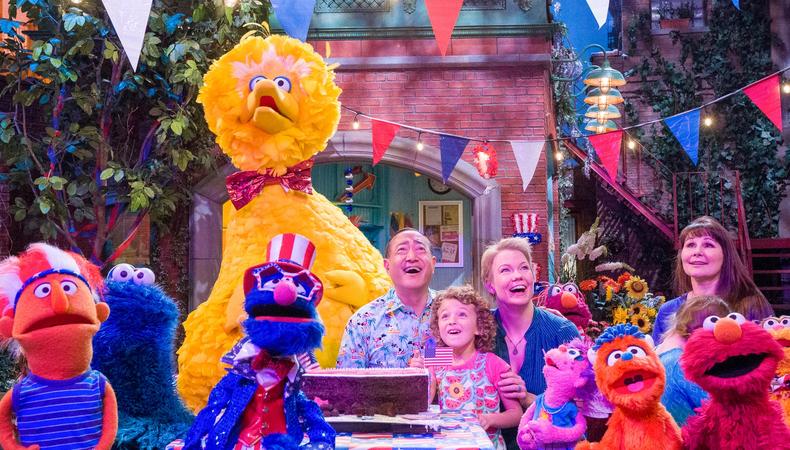 Are you actively searching for singing jobs? You’ve come to the right place. Each week, we update this roundup to include the latest gigs in the industry for singers. From “Sesame Street Live” to roles onboard Norwegian Cruise Line, check out the best gigs casting vocal talent now.

Feld Entertainment is seeking talent for “Sesame Street Live!” A male vocalist, age 18 or older, is now wanted to play the role of Justin, a big brother type to many of the residents of Sesame Street. Auditions will be held in New York City on June 20 and in Orlando on June 24. Rehearsals will begin on Aug. 29 in Florida. Pay is $830 per week with benefits and domestic travel provided.

Creative Studios by Norwegian Cruise Line Holdings is seeking talent for productions onboard Norwegian Cruise Line, Regent Seven Seas, and Oceania Cruises. Vocalists, aged 18–38, who can sing in both contemporary and musical theater styles are wanted at this time. Additionally, the company is seeking dancers, aged 18–35, with a strong technique in multiple dance styles. There will be an open casting call in Riverview, Florida, on May 22. Rehearsals will be held in Tampa, Florida. Pay is $800–$1100 per week with a rehearsal stipend at two-thirds of the contracted performance rate.

“Elephant in the Room”

Casting is underway for “Elephant in the Room,” an original musical theatre production. about the political divide in the U.S.  Talent, aged 20–60, is now wanted for several principal singing roles in the production. Rehearsals will begin in late July in Los Angeles before it moves to Branson, Missouri on July 25. Performances will run from Sept. 1–Nov. 27. Pay is $1025 for rehearsals in L.A. and $400 per week plus housing and per diem for performances.

Shilohway Entertainment UK is seeking talent for “Labelle: The Musical,” a new West End London show spotlighting the coming-of-age and journey of the all-female group Labelle. Black female actor-singers, aged 18–40, are now wanted to play Patti LaBelle, Nona Hendryx, Sarah Dash, and Cindy Birdsong. Additionally, male tenors, aged 18–40, are wanted for featured roles. Second-round auditions will be held on May 21 and 28, followed by third-round auditions, and then rehearsals in August with performances set to begin in October in London. Pay is £500–£2500 per week.

“One In A Million,” A Musical

Talent, aged 18–50, is wanted for the Off-Broadway showcase “One In A Million,” a musical about a group of wacky friends who decide to pool their money to play the Lotto Jackpot and win, which in turn, destroys their friendship until a young girl teaches them the real meaning of friendship. Auditions will be held by appointment in Brooklyn, NYC, on May 14 and 21. Rehearsals will begin on May 30 through Sept. 11, followed by tech and performances on Sept. 12–25. Pay is $1000.

Two strong male hard rock and theatre singers, aged 18–55, are wanted to play Emperor Basil II and Vladimir the Great in “Porphyra, a Grecian Rock Opera.” Talent will perform on June 24–26 in Queens, NYC. Pay is $900 plus $35 per rehearsal for gas and tolls to New Rochelle, New York.

Prather Productions is seeking talent for its upcoming production of “The Little Mermaid.” Singers and dancers of color, aged 18–40, are now wanted for various ensemble roles. Talent will travel to Lancaster, Pennsylvania, on June 15, followed by rehearsals on June 16–30 and performances on July 1–Aug. 6. Pay is $375–$450 per week with housing, meals on performance days, and roundtrip transportation provided.