‘Siren’ Star Eline Powell on Embracing Physicality in Your Performance 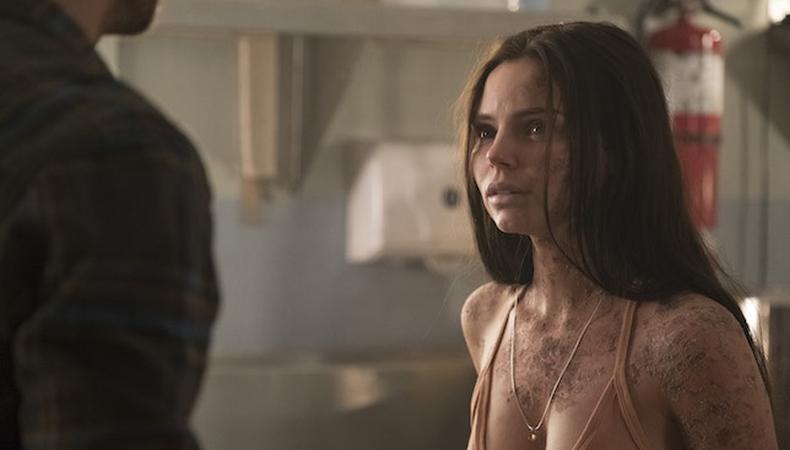 Ryn is unlike anyone in the coastal town of Bristol Cove, where mermaids were said to have once taken up residence. Freeform’s latest fantasy-drama “Siren” features Belgium-born, London-based Eline Powell doing her best aquatic interpretation as Ryn, however, it’s one with a darker side. Here, Powell discusses developing the character, who utilizes her movement as language, and audition preparedness— since she’s just minutes away from one.

Tell us more about your upcoming audition in less than an hour.How do you typically prepare for an audition?
It depends on the part and the way in which it is. If it’s a tape, for me, it’s quite a relaxing thing. I can try out some things and choose which take I like. [With] this, you have to be on it from the time you enter the room. Learn your lines, do character research, read classics.

READ: How to Use an Audition for Your Demo Reel

What has your latest role on “Siren” added to your acting skills? Playing a mermaid must have its challenges.
What I want to take into different projects is how much physicality can add to a performance. Ryn is an extreme example but in future human characters, it’s an interesting thing to think about in minute ways, in how they stand and what their rhythm is. Do you ever sit in Starbucks and watch people go by? Everyone has energy around them and you can tell what kind of person they are just by the way they walk and talk. Exploring Ryn physically, I could think about other characters’ physicality too.

Ryn does say so much using her body. How did you prepare her physical motions?
It’s a process where I sought to be creative with it. It hasn’t been done before, at least that take on mermaids. I looked at a lot of different types of predators, mammals on land and in the sea. There were definitely a couple of hours where I was in front of the mirror listening to Bjork and moving around like a total weirdo. I assembled her physicality based on things I thought worked for me.

What advice would you give your younger self?
To believe in yourself. I say that in the context of when you’re starting out, you give so much value to other people’s opinion because you’re new and you want to do well. Ultimately you have to have faith that your interpretation is valid. I think when I was younger I’d be crippled sometimes by what others thought or how others would do better. It’s been a long journey and having a lack of confidence is really damaging in this industry. Nobody will believe in you but yourself so you have to be on your own side.

What advice do you have for actors looking to come stateside?
It happened organically but it’d be a lie to say that wasn’t a dream of mine. Hollywood does seem like the holy grail. Not to diminish anything from other countries but it’s the most mainstream and hardest to be a part of because there are so many people in it. I’m so proud and happy that I get to do some stuff here.

It’s interesting the perspective difference between international actors and those who live in the U.S.
The American projects are the ones that get shared around with most of the world. A Belgian television show has to be truly, truly groundbreaking to be a really popular show that every household watches around the world.

How do you keep yourself from burning out?
It’s always coming back to what life is all about. For me, that’s being with my family, walking with my dog. I’m very lucky I have a loving family. But to be with the people I love and realizing at the end of the day, that [work] is great, but the real deal is the relationships around you.

NEXT STEP: How to Become a TV Actor