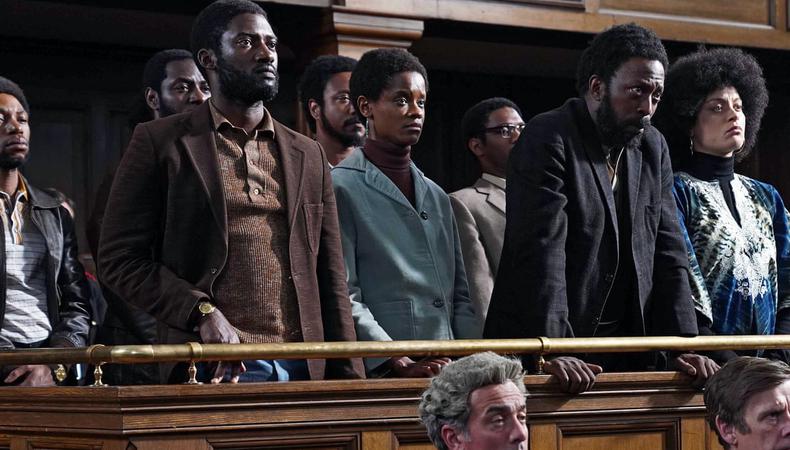 There’s plenty to take away from our chat with Jessica Straker, one of the UK’s most exciting casting directors. From her work on indie film Rocks to Steve McQueen’s Small Axe series, Straker has specialised in discovering and nurturing authentic and raw talent. In this Q&A, we found out about her collaborative casting, why she went looking for strong improvisers on Rocks, and the growing ambition of BRIDGE collective to support new talent.

On the unusual casting process for extraordinary new film Rocks
“Usually, there’s a treatment or a script which you send to actors. But for Rocks, it was much more collaborative – everything influenced it as it moved on. The writers Claire Wilson and Theresa Ikoko were developing it alongside us casting, which is unusual. From the start, there were also lots of unknowns, like where the project could go. [Claire and Theresa] were in a few schools initially, just getting the vibe, and one of those schools was Bukky Bakray’s, the actor who plays the lead character. After that, we went into about 15 schools in north and east London and we made sure everyone who wanted to got an audition, which was absolute chaos. A very big Excel spreadsheet. In total, we saw about 1,500 young people, and whittled that down slowly through the workshopping process to maybe 20. And that formed into the main cast of the film.”

Why the adult cast of Rocks needed to be strong improvisers
“The majority of the dialogue in Rocks was improvised. The script had dialogue cues but it left a lot of breathing space for the young people to say things how they would actually say it. Obviously, within beats they needed to hit. But that’s what created that realistic tone, just as how all of the teachers were street-cast. They were actual teachers; the receptionist was an actual receptionist, all to create that honesty. But the other adults were seasoned actors. We were looking for actors who felt comfortable improvising, because you might be great with script work but if you’ve got a young person in your scene who’s just throwing things at you, you need to be able to respond! So, improvising was one of the cornerstones of everyone in the cast.”

On how her collective BRIDGE helps newcomers to the industry
“We started BRIDGE after Rocks because for trained actors or any sort of newcomer, the industry loves finding raw talent and then just dropping them afterwards. There’s no aftercare. And for those coming from outside the industry, they don’t necessarily need ‘handholding’ but they do need extra help – even to get them to the place of a trained actor or someone with roots in an institution. So, we started by making sure these wonderful girls [from Rocks] had support and helping them get representation, including taking them to agent meetings if their parents weren’t able to. There’s also been a partnership with RADA where they’ve done activities and workshops. They’ve also had chats with actors who are further along in their career. In lockdown, we’ve done a film club where they would watch and critique films. And we’re expanding now into helping the industry at large. It doesn’t have to be a young person – it could be an older newcomer, because there is no shame in acting and then leaving the industry to get a ‘normal’ job. But there is something wrong when that’s happened because of not being held, or not having a chance to get yourself on your feet.”

On auditions for actors from underrepresented communities
“Don’t feel like you have to perform. Don’t feel like you have to be like: ‘Look at me, this is my heritage.’ If you feel like [the role or the creative team] require that and you’re made uncomfortable by that, maybe that’s not the room you should be in. And maybe that’s not the role you should take. Otherwise, just go in there and speak on a normal level. Casting directors want the best from you and it’s always a case of us working out who fits [the role] best, or who fits best with that other person, like a puzzle piece. And once you get in the room, we all tend to have really elephant-like memories, so you might not hear back from us right away, but five years down the line we’ll come back to you.”