TV Casting Room Secrets: How to Nail Your Audition 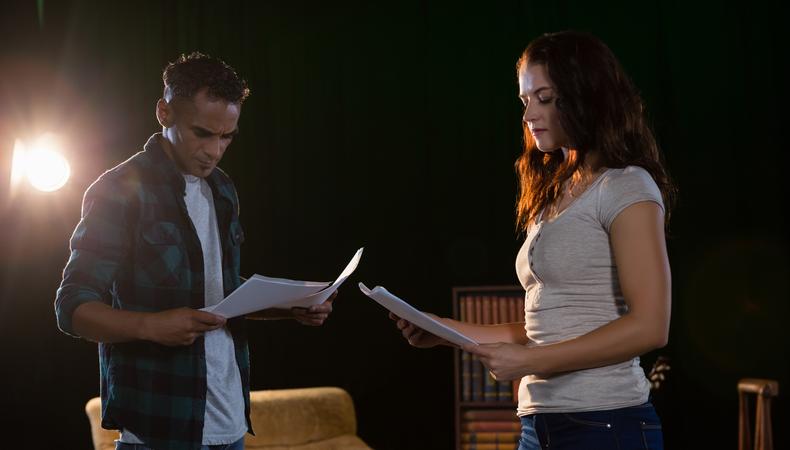 Casting director Carol Dudley has cast 150 productions across film and TV in a career spanning 35 years in the industry, the last 25 of which have been spent in the UK. She tells us: “It’s a tough job and it’s become a shed-load harder. In the 1980s, we would see five to nine people for a guest star role. Now, casting directors regularly receive 70 tapes or more!”

So, what can you do to really stand out? Backstage quizzed Dudley to find out.

How much preparation should go into an audition?
Personally, I don’t like memorisation on first-round auditions. It is more difficult to make changes if you can’t get out of the rhythm you have learnt. The first audition should be the spontaneous stage, so don’t be too rigid in your groove. Be fresh, not too self-aware, and be in the moment!

What can we do before our casting to calm nerves?
Stretch before the audition and give yourself enough time to release your vertebrae. Stretch up, up, up then flop down and roll up. It gets out the lactic acid, so you’re centred and you walk in with confidence and no tension. Otherwise, you’ll walk in looking afraid – and they’re afraid of you being afraid! Also, practise saying your name. Be in “rehearsal mode” for that. The amount of times actors mumble their own names!

What should we expect on the day?
Generally, UK film auditions last 10 minutes, and in the US they are between two and a half to five minutes. Don’t get freaked out if it seems like they don’t have much time. Don’t lose your centre focus.

Okay, I’m in the room but the scene is not going to plan! What can I do?
I’ve seen actors fluff lines and still get the role. Never, ever apologise. The words “I’m sorry” should not come out of your mouth. Just say “May I start again?” Start again and find your rhythm. It’s like dancers: once you start on the wrong step, that’s it. There’s a feeling you have to get things right. No. You have to bring something unique. That has much higher value than getting lines right.

Also, I’m there, helping you in the room. For example, if I am there reading with you and stepping on your cues, it means the scene needs to go faster. I might even fluff a scene so we start again ­– that’s me trying to help you!

If you faff the whole way through the scene, just accept it. If you ask to do the whole thing again, they’ll remember you for the wrong reason.

How should an actor take redirection and notes?
A good director will unlock the scene. Then the actor does the work. But, some directors will give you gobbledygook notes. Try and seek clarification in the form of “yes/no” questions. It should reduce confusion. If someone says “make it more conversational” it could just mean reduce your acting space. Don’t make it smaller – that just means flatter and more boring.

Any bad habits you’ve noticed in the room?
Blinking! Record your scene at home and watch it back to see if this is a problem for you. We feel uncomfortable watching tapes when the actor never blinks. Also, castings should be a teaser. Give them a reason to want more – don’t give them instant gratification. Make the scene have somewhere to go. You don’t have to show them everything, you just want them to see you. It’s human nature to not need more if you’ve been shown everything. A little mystery keeps them wanting more.

Yes! I’ve got a call-back! What happens next?
Be aware of overcomplicating a call-back. You don’t want to see the cogs and gears grinding in a performance. Don’t pronounce your subtext or you’re giving a very obvious reading of a line.

Do you have any top-secret tricks we can take away?
Here’s a secret – take your sides and write your lines out without the other lines. If you learn both parts you’ll learn the same beats and pauses as everyone else. So, take out the stage directions and write your own lines out so they have their own rhythms. You don’t actually need to act the stage directions eg taking out a phone etcetera. You also don’t need to listen to sighs or angry. Writers aren’t always great actors. If it says shouting you’ll get 5 people coming in and shouting on the same line.

The reality of the room beats the reality of the script. For example, if it says speaking to 500 people or shouting over a hill, don’t! It will feel amateurish. Match your level to the room.

What happens if you don’t get the part?
You might be right for another role. Never write off an audition – let others be the judge of that. I know it’s hard. Actors have nothing to hide behind. Violinists can hide behind their violins or IT technicians can hide behind their software. But as an actor, when you get a rejection, it feels like a rejection of your body or your voice, but getting the role can honestly just be down to a whim.

How can actors reclaim some power in the room?
Remember they’re not omnipotent, they’re human. If it helps, think of them on the toilet. They have their own doubts and insecurities. Lose the power from them. They just have temporary decision-making power. If anything, they’re also scared of making a mistake.

The dreaded self-tape: what advice do you have?
In the past, producers would print and post sides to actors, but now the industry is moving to favour taped submissions. With tapes, the first 30 seconds is key, so don’t leave your best scene last. After the first 30 seconds, it just confirms what they’ve already seen. But it varies. I have some producers who watch every second and take notes and then there are producers who don’t even watch past 30 seconds – they watch them in nothing-flat!

Now, on the framing. If the shot is too close, all the energy flows out of the scene. Place yourself at an angle to the camera, rather than just straight on – think of Mona Lisa. It’s more flattering and it will give you depth.

Amazing! Time to get practising. Any final top tips?
Yes, sit up straight! Don’t have the posture of “I wanna please you.” You can please people by being good! They’ve seen the scenes so many times, they notice when a performer just really hits the material. Give them something fresh.