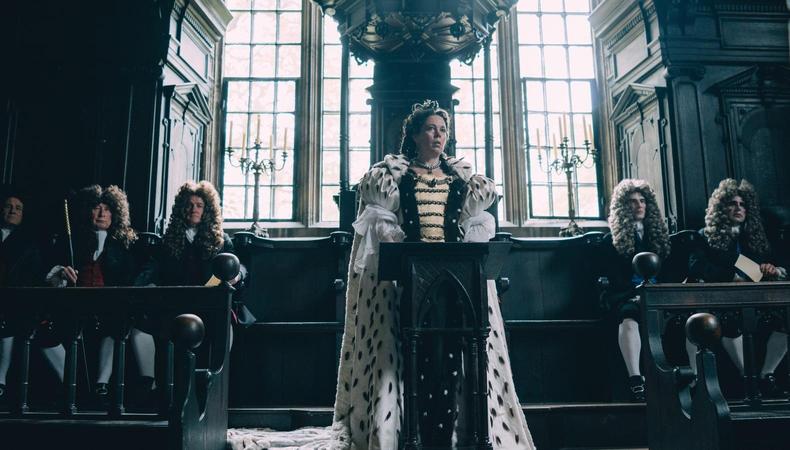 The Favourite added four new awards to its pile on 20 January at the 39th London Critics’ Circle Film Awards, hosted by British comic Judi Love at The May Fair Hotel. Yorgos Lanthimos, director of the Fox Searchlight Pictures dark comedy about Queen Anne, accepted the awards, which included British/Irish film of the year, screenwriter of the year, and actress honours for Olivia Colman and Rachel Weisz. Alfonso Cuarón’s Netflix period drama Roma swept up the rest of the major awards, winning film and director of the year.

Both Roma and The Favourite have been tearing through awards season, receiving accolades at the Golden Globes and the British Independent Film Awards. The two contenders premiered together back in August at the buzzy Venice International Film Festival, where they experienced early success, with Roma winning The Golden Lion and The Favourite winning the grand jury prize along with a Volpi Cup for Colman.

In addition to the competition categories, the critics bestowed their top prize, the Dilys Powell Award for Excellence in Film, to Pedro Almodóvar. Tamsin Greig, who starred in the West End adaptation of Almodóvar’s celebrated film Women on the Verge of a Nervous Breakdown, presented Almodóvar with the awards.

Ethan Hawke received the actor of the year prize for his performance in A24’s First Reformed, which has been largely praised by critics. Richard E. Grant was on hand to receive the supporting actor of the year award for Fox Searchlight’s Can You Ever Forgive Me?, another critically lauded performance. British/Irish actress of the year went to Jessie Buckley for 30 West’s Beast, while British/Irish actor of the year went to Rupert Everett for Sony Pictures Classics’ The Happy Prince. The actor sent Emily Watson, co-star and friend, to pick up his statue for the Oscar Wilde biopic, which he also directed and wrote.

Documentary of the year went to legendary French New Wave director Agnès Varda and well-known artist J.R. for their collaboration Faces Places, which was nominated for an Oscar last year and had a later release in the UK.

This year’s ceremony had a strong female presence, with many of the winning films both made by and centered around women. Dame Heather Rabbatts of Time’s Up UK said of this year’s awards, “We were delighted to see the Critics’ Circle nominate two female directors for Director of the Year at this year’s ceremony, which was hosted by a black woman for the first time.”

She continued, celebrating the organization’s leadership: “The Film Section’s current chair, Anna Smith, is the first woman to helm the section in over 40 years and is part of a team working towards gender parity and diversity in criticism. As Time’s Up UK enters its second year, we are as dedicated to raising the profile of female critics as we are the number of female film directors and more women in leadership roles across all parts of the arts, industry and beyond. So it is great to see the Critics’ Circle championing women, especially as we turn to the BAFTAs in a few weeks time.”