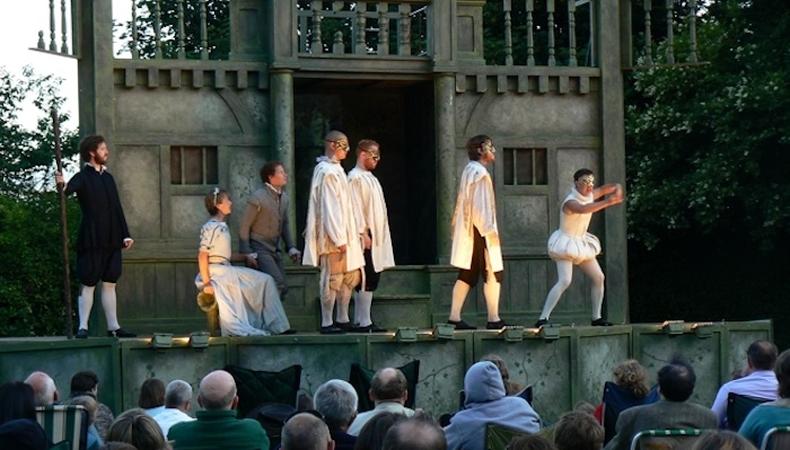 Whether you want to discover new writing talent, watch a play in a park or take part in an experimental interactive performance, there’s a theatre festival for you. Here are a few worth checking out this year.

The Bristol Shakespeare Festival, 4th – 29th July 2017
The festival does what it says on the tin—it puts on Shakespeare’s plays in the city of Bristol. However, its approach is not reverent or stuck in the past, evidenced by its opening night comedy, Shakespeare’s Worst, written by The Simpsons writer Mike Reiss. The comedy tells the story of a theatre company putting on Two Gentlemen of Verona - often considered the Bard’s worst play. There’s also a walking performance of Romeo and Juliet in a cemetery. And in the stoic tradition of all British festivals, come rain or shine, the show will go on.

The Edinburgh Festival Fringe, August 2017
Every August, the streets of Edinburgh are taken over by a motley crew of performers, stand up comedians, students, theatre directors, arts journalists and tourists. It’s the largest arts festival in the world and a must see on the cultural calendar. The Fringe grew out of the Edinburgh Festival – and has long since surpassed its grander and glitzier ‘parent’. In 1947, eight performers turned up at the festival unannounced and simply put on their own show. In the years that followed, more performers followed in their wake until the ‘fringe’ element became a festival in its own right. It’s arguably the most democratic theatre festival in the world. Anyone can put on a show there, and that’s a large part of its charm. When you take a seat in the dingy backroom of a pub, you never know whether you’re about to watch the worst hour of theatre of your life, or earn future bragging rights as the next generation’s Judi Dench takes to the stage.

READ: A U.K. Actor's Guide to the London Fringe

The High Tide Festival, Aldeburgh, Suffolk, September 2017
Aldeburgh is the kind of pretty seaside town that attracts second homeowners and artists in search of better light. But for ten days every year, the town becomes a showcase for up and coming new playwrights. The festival features premieres of new plays – many of which go on to be performed in theatres like the Pleasance or the Old Vic. And despite the loveliness of the setting, it’s not afraid to shy away from challenging subjects. Last year’s play ‘Girls’ told the story of girls abducted by Boko Haram. It also pushes the boundaries of what theatre can and should be. In The Path, audience members listened through headsets to short plays at specific locations in the town. 2017’s programme will be announced nearer the time – keep an eye on their website for further details.

And if you can wait until next year…

The London International Festival of Theatre (LIFT), June 2018
LIFT is a biennial event so you’ll have to wait until 2018 for it to come around again. But with a reputation for ambitious and experimental theatre – and a sprinkling of stardust (Isabelle Huppert performed in last year’s festival) it’s worth the wait. The festival sprawls across London throughout the whole of June and features performers from around the world. There are performances in traditional venues like the Barbican, as well as experimental site-specific pieces. Last year’s festival featured a circus performance in a graveyard and there was also a play about the Falklands War performed by veterans of the conflict.

Physical Fest – Liverpool2018
Physical Fest is the only European festival dedicated to physical theatre. Performers from around the world gather in the city for a nine-day programme of performances, workshops, and discussions.