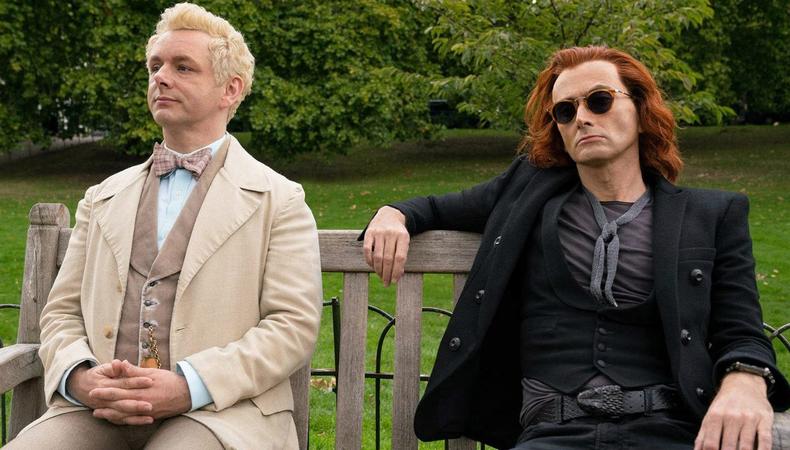 It’s all good and no evil in today’s filming news. Season 2 of the Amazon and BBC series Good Omens, starring Michael Sheen, David Tennant, Jon Hamm, and more, is currently filming in Scotland, and we have the latest set photos and production news. Find out more about the status of the second season below!

Truly a good omen: after what was a surprise Season 2 announcement back in July 2021, Good Omens is close to returning with filming in progress for its second season in Scotland.

The Amazon Studios and BBC Studios co-production saw some filming before the winter holiday, as teased by series creator and co-showrunner Neil Gaiman, and has resumed in January with production planned through to March. Some of the most recent locations in Edinburgh have been on Victoria Street and West Bow, where star Michael Sheen has been seen on set, as well as West Preston Street and Blackwood Crescent in Newington, according to Edinburgh News and Daily Record, which also shared video of Sheen and principal cast member Jon Hamm.

Other previous and future filming locations include Stockbridge in Edinburgh where co-star David Tennant was spotted back in November, as well as Stirling and Glasgow.

A release date for Season 2 of Good Omens has yet to be announced. Gaiman and Douglas Mackinnon are the showrunners. Suzanne Smith is the series casting director.

Looking to get cast? Check out our UK auditions.
Ashley Steves END_OF_DOCUMENT_TOKEN_TO_BE_REPLACED