West End to Broadway: 1 Actor Talks His Key to Success 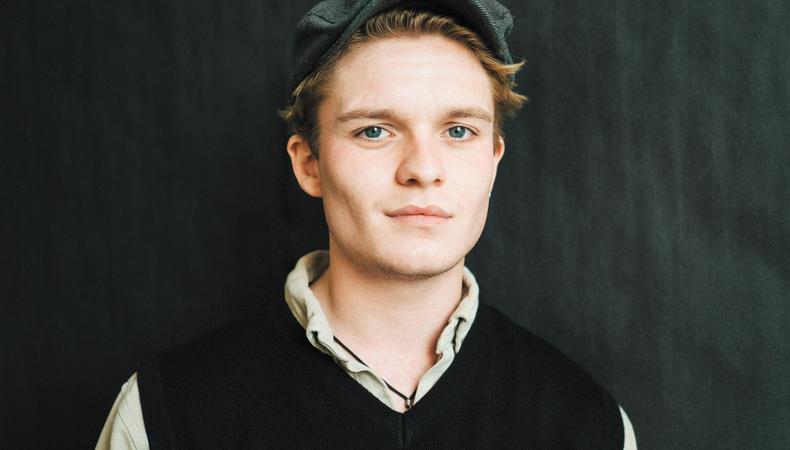 At the age of 23, Tom Glynn-Carney has already had quite the career. Immediately after graduating from the Guildhall School of Music & Drama in London, he landed his first gig, in Christopher Nolan’s “Dunkirk.” Now he plays the role of Shane in Jez Butterworth’s “The Ferryman,” which transferred from the West End to Broadway. The play, set in the early ’80s, follows an Irish farming family on the night of their annual harvest as they grapple with the death of one of their own. Glynn-Carney sat down with Backstage to speak about the transition from camera to stage.

Shane allowed him to explore his darker side.
“It does test me because it’s a very dark side of myself that comes out through Shane and it’s tiring. It’s upsetting, but it’s also incredibly fulfilling because I think all of us, somewhere inside of us, have a rage and have a bubbling cauldron of all sorts of stuff that wants to come out, and this is a real opportunity to allow that to manifest and to come out through the work.”

Improvisation can free you up.
“I think improvisation gave me the bravery to be bold and to lose inhibition and to not be afraid of looking like a dick.... [It] allowed me to play and be loud and to scream at the top of my voice, even when people were still marking it. In the marking stages, I’d come on and just go for it; for me, I had to go in at that level to build up.”

Working on film brings out different skills.
“I find that when I’m making a film, it’s always very technical; it’s a learning process about lighting, about how a film is edited and what that allows the actor to do in that shot and whether you can mix it up—if it’s a close-up, how’s that going to change things? All that sort of stuff, not necessarily about the acting itself, and when I’m doing a play, it’s all about the acting.”

Have a secret.
“Sam Mendes said something once when we were back in London. He said, ‘Don’t tell them about the hole in your sock.’ Which essentially means have a secret; the audience doesn’t need to know it’s there, but you know it’s there. It just adds a little bit more depth to what your character’s doing onstage, I think.”

Be specific about your character’s life.
“I always start with music and what kind of music that character would like, and I’d obsess about that kind of thing. Music has a very strong effect on me, and it’s a great starting point. I also consider how they dress, what their hobbies are, and what their day-to-day routine is, and slowly, you start to build a world around this person and it’s much easier to slip into accent or whatever variations you have to make. It does vary, but essentially, my advice would be not to be scared away from really diving into the deep end and being a little odd at times.”