Win a Chance to Eat Ribs With Kevin Spacey 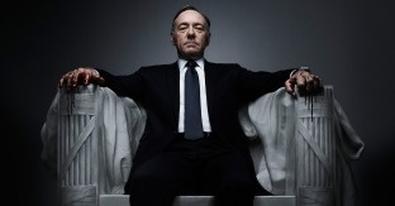 Ever dream of sitting down at Freddy’s for some ribs with Southern charmer Frank Underwood? That dream could come true for two lucky “House of Cards” fans thanks to the Old Vic and the Geffen Playhouse.

The two theaters have teamed up for an online fundraising campaign that gives donors a chance to rehearse a scene with Kevin Spacey, who serves as the London-based Old Vic’s artistic director, while eating “Freddy’s-style BBQ.”

The winner and a friend also receive airfare to the set, a guided tour by showrunner Beau Willimon, and hotel accommodations for two. Donation options range from $10 to $5,000. The campaign ends on Thursday.