6 Ways to Be a Great Swing or Understudy 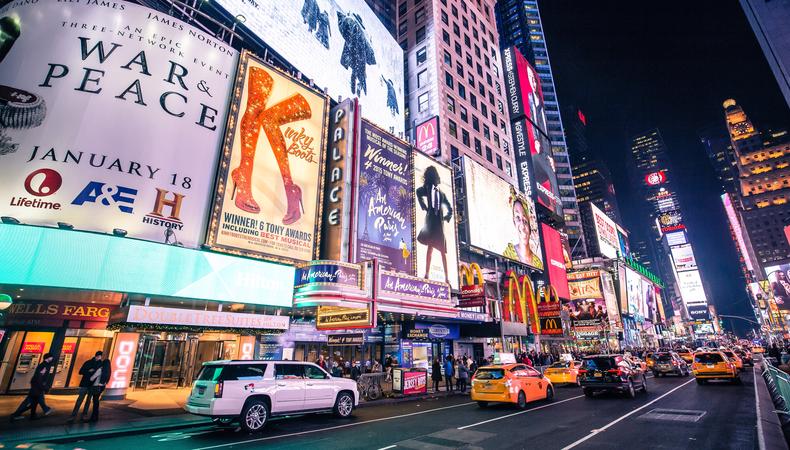 I often get asked questions about whether someone should take a swing or understudy position. It’s a tough question to answer because it’s not a one-size-fits-all answer. In fact, most things in showbiz fall into that category, which is why it’s important to embrace your own path and pave a road to the success you want.

But let’s talk about understudying and swinging because I’ve done a lot of it in my life and there are wonderful pros and cons.

But if you look at it as a great opportunity and a way to make your talents shine, you’ll have a blast! I think everyone should have to be a swing at some point in their career—it takes great fortitude and the ability to release the idea of being perfect. It also takes thick skin.

So, what does it take to be a swing or understudy on Broadway?

A “swing” is an actor, singer, or dancer who understudies the ensemble performers in the show. As a swing, you’re responsible for knowing all the staging for all the parts you cover and it can usually mean anywhere from three to 12 “tracks.” An understudy is someone who covers a principal role. Sometimes you can be both.

Having spent my early life as a swing, dance captain, and understudy, I quickly learned what it takes to be a good one. Here are the tricks of the trade:

1. Be highly organized.
Whether you’re a first-time swing or a veteran, being organized is key to your success. You must keep copious notes and create a system that works for you. Some swings like to use index cards, some like notebooks, others like drawings and charts. It doesn’t matter what someone else does—you have to find a system that works for you so you can know your stuff when you’re on.

How to Become a Broadway Swing, Understudy, or Standby

2. Focus on one track at a time.
I find it easiest to learn something in full through the eyes of one performer to get the basics of the musical number or staging first. Then tweak it for each person you’re responsible for covering. If you try to learn everyone all at once, you’ll become overwhelmed.

3. Get all perspectives.
Particularly if you’re an off-stage swing (as opposed to someone who swings a featured part), you have full access to watching the show from different angles, seats, and levels. Take advantage of this so you have full spatial awareness of the stage. Your first time on will likely be a surprise and if you’ve studied all the angles, you’ll have more success at being in the right place at the right time.

4. Note the little things.
As a show evolves, actors invent and create new moments on stage with other cast members. Make notes so you can do your best to give the actors onstage as close to what they are used to when you go on.

As a show morphs in a long run, the “numbers” you wrote in your swing book for a certain dance number often are not actually what they’re doing onstage. Make notes of how things have morphed and if things are vastly different, clarify with the dance captain or stage manager.

And of course, don’t forget the backstage traffic! This is crucial for safety. The same goes for wig calls, sound checks, and costume times to keep the schedule running efficiently.

5. Bring yourself to the stage.
Of course, you have to hit your numbers, say your lines, and do the dance steps so the people who do it nightly aren’t thrown off. But don’t forget to bring yourself to your performance while maintaining the integrity of the staging and show. And remember that the show is the thing and to honor the director’s original intention.

6. Go over at least one track once a week.
I find it particularly helpful to actually run someone’s track each week, either at the theater when you’re not on or at home in your own space. This is helpful if you go for periods of time without being on during a long run. Your job as a swing is to be ready when they need you, so it’s your responsibility to make sure that you are.

*This post was originally published on Oct. 2, 2018. It has since been updated.

Leslie Becker
Leslie Becker is Broadway actor, Billboard artist, and best-selling author of “The Organized Actor.” Since 1994, her teachings have empowered thousands of actors to be strong individuals so the highs and lows of the industry are balanced by a strong belief in themselves.
END_OF_DOCUMENT_TOKEN_TO_BE_REPLACED