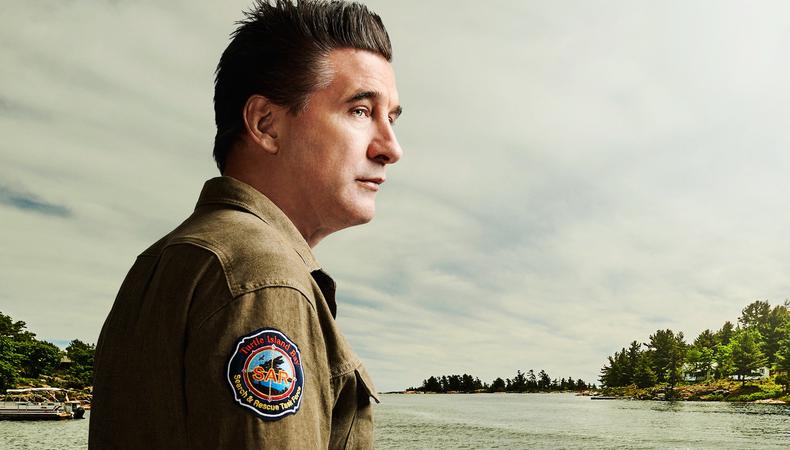 Emmy-nominated producer David Cormican is considered one of the industry’s newer promising showrunners. His freshman production “Northern Rescue,” starring William Baldwin and Kathleen Robertson, comes out on Netflix in partnership with Canadian Broadcasting (CBC) this March. The series follows a widower who relocates from the city to his northern hometown with his three children to take charge of the local search-and-rescue service. A former actor himself, Cormican, speaks with Backstage about the new series, creating a television show, and the booming film and television industry in Canada.

Can you tell us about how you created “Northern Rescue”?
I always wanted to create something that was in the vein of a family drama that I could feel proud to sit down and watch with my daughter, with my parents, with aunts and uncles—that co-viewing mentality where you don’t have to worry about language, graphic scenes, sexuality, nudity, all of that sort of stuff. And not that I’m not proud of the other work that I’ve done! I’ve done a lot of genre skewing, horror films, stuff like that you might not necessarily want to watch that with your 11-year-old daughter. Even though we’re going to take you to some of those dark places [in “Northern Rescue”], we sort of feel there’s an opportunity with this show to create and provoke conversations with family.

Can you tell us about what the production scene is like in Ontario and Canada in general?
Right now it’s booming. Everywhere you look, there’s something shooting. It doesn’t seem to matter whether it’s winter or summer, or everything in-between. It’s a great production environment. We’re able to double for a lot of places as well; You’ll see a lot of stuff shooting that’s trying to replicate New York or Chicago—and a lot of stuff that’s representing Toronto or Ontario itself. “Northern Rescue” was fortunate. We were shooting in Parry Sound, which is considered in the North of the providence—it’s a beautiful area, a magical backdrop. It was a very special place to film in.

What advice might you have for Canadians who want to break into the industry as actors?
I would say perseverance, obviously. There’s never been a better time to break into the industry because there are so many programs being shot right now across the entire country. There’s an opportunity to work at every level of this industry—be it from working as an extra, working on movies, television series—both domestic and international. There are a ton of opportunities everywhere.

For actors, your best bets are probably living in either Toronto or Vancouver. Outside of that, there are still a lot of other production hubs which are popping up because of the sheer volume of programs which are being shot and produced right now. There’s simply not enough capacity for Toronto of Vancouver to host all of those—creating a ton of opportunities for those individuals who are located in those regions to get experience in larger shows. A lot of secondary roles are filled out by Canadians.

READ: What You Can Learn From Dan Levy’s Journey to ‘Schitt’s Creek’

What advice do you have for writers and directors?
Right now, there’s a huge push in Canada for involving female directors. It’s a role which has been traditionally underrepresented. We’re seeing a lot of those people hired locally because there is—in most regions in Canada—these tax incentives for hiring local talent. So you’re seeing a lot of American production also now hiring those Canadians who weren’t historically being given those opportunities. It’s also a sign of the maturation of the industry as well; there’s a talent pool that’s been built up which is incredible.

What changes have you seen in Canadian television as a whole in the past few years?
We’ve lost that stigma. There used to be a negative connotation when people would watch it and go, “Oh, it’s Canadian.” I think people realize that we’re competing with some of the best in the world.

Do you have any advice for those who want to be producers?
I learned very early on that if you walk with a clipboard and a headset and pretend like you know what you’re doing, people will believe you. I think that that is something that has really served me well. As a producer, you have to convince a lot of people—whose first inclination is to say “no”—of reasons why they should say “yes.” I feel like tenacity, perseverance, growing some thick skin, and learning to realize that “no” is the start to turn it into a “maybe,” and once you’ve got that “maybe,” you’re job is to pull it into a “yes.”