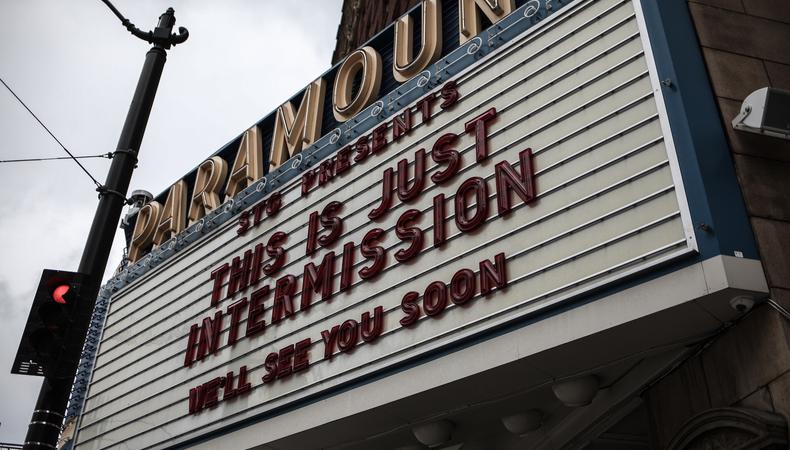 On Sept. 8, Dr. Anthony Fauci said that it won’t be truly safe for people to be in a theater without a mask until a year after a COVID-19 vaccine is released; he made those comments in an Instagram Live interview with actor Jennifer Garner.

Garner asked when audiences can sit in a theater again. Fauci answered: “I think it’s going to be a combination of a vaccine that has been around for almost a year and good public-health measures.”

He then continued: “If we get a really good vaccine and just about everybody gets vaccinated, you’ll have a degree of immunity in the general community that I think you can walk into a theater without a mask and feel like it’s comfortable that you’re not going to be at risk.” He said that the timeline for that event will likely be mid-to-late 2021.

Fauci later clarified to The New York Times that he didn’t mean that it would take more than a year for theaters to reopen. “Words like ‘safe’ are charged,” he said. “I’m talking about the general trend of when we’ll start to feel comfortable going back to normal if we get a safe and effective vaccine.”

He also added that in areas with low transmission rates, theaters could reopen with limited capacity. In fact, that’s already been happening in the Northeast. “As long as there is infection in the community, you do not want indoor spaces with crowds,” he said. “But in states, cities, or counties in the green zone with low levels of infection, I imagine theaters could maybe open at 25% capacity, with people wearing masks, sometime as early as next year.”

Fauci later told WTOP that if the current vaccine trials are successful, there will be a vaccine ready to distribute by November or December. “High risk” and frontline healthcare workers will be the first to be immunized, and the general public won’t be completely vaccinated until, “first half to the third quarter of 2021.”

Evan Roider, who is the music director and conductor for the national tour of the Broadway musical “Wicked,” said he wrote to Fauci to ask about a theater reopening timeline. According to a post on Roider’s Facebook page, Fauci said that even though things won’t go back to “pre-pandemic normal” until late 2019, “that does not mean that theaters will be shut down until the end of 2021. Depending on the level of infection in a state/city/community, I can see opening of theaters with attention to varying degrees of masking, reduced capacity, and attention to other public health issues. As vaccines control the virus more and more, we can foresee a significant lessening of restrictive public health measures so that we gradually approach true ‘normal’ as we get through 2021.”