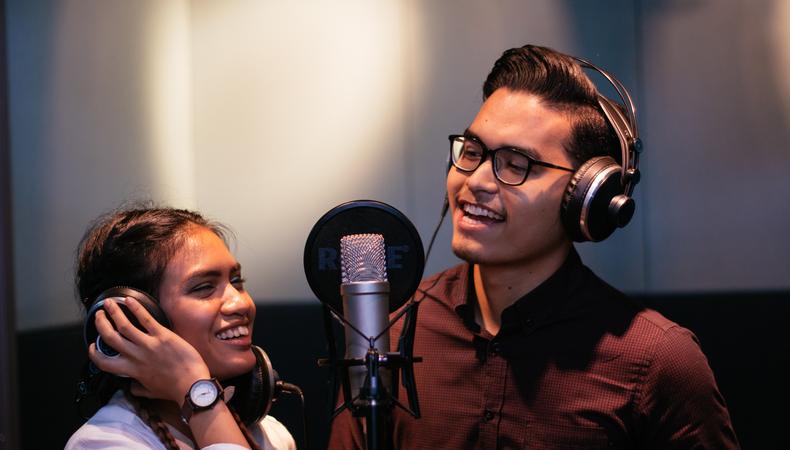 In a nutshell, whatever request comes her way, Mary Lynn has found the voice for it. In addition to her successful casting career, Mary Lynn continues to direct workshops, coach, consult, and direct talent across the world. I spoke with Mary Lynn about her work, what she looks for when casting a voiceover project, and her audition advice for aspiring voice talents—including her biggest pet peeve and what she wants to hear in a slate.

Where do you find voiceover talents?
I work with agents, managers, talent I meet in workshops, and students.

What is most important to you when casting a voiceover project?
Having a good relationship with my client and listening to their requests, then finding the perfect voice(s) for their production while always keeping the lines of communication open. I respect that they want to work with a legit casting director, a human being with years of casting expertise, and not with an internet robot.

Do you want to hear a slate? If so, what should the voice actor say and when?
It doesn’t bother me if an actor doesn’t slate as long as his or her name is on the mp3. If they do slate, just their name [is fine].

How do you feel about a talent taking liberties with the script for the audition?
I’m a huge fan of ad-libbing and using a lead in if—and only if—it works with the script; it helps me hear their acting and range. Of course, not all copy lends itself to this.

When given a reference voice, how should the voice actor handle it?
Most of the time, we will give a reference or celebrity prototype because that’s what our client is hearing in their head. Usually, it’s not a sound-alike that they want; rather, they want the uniqueness that particular person/celebrity has in his or her voice that makes a listener notice. It’s the voice “print.”

What is your advice on how to make a voiceover audition stand out?
Think about how you sound, seriously. Ask yourself, “Do I sound like I am reading? Or do I sound like I am talking?” There’s a big difference. We want a VO performance to sound like you’re talking to someone.

How do you choose between two voices that are both good for a role?
Sometimes it comes down to how well I know that talent. If I know a talent, I likely know their experience and abilities, and I can relay that to my client.  Sometimes it's just a crap shoot!

What’s your biggest pet peeve?
A talent who doesn’t read the specs, isn’t prepared and shows up late. It’s too competitive out there for a talent not to bring their A game.

Any other tips, tricks or advice for voice actors?
Study, stay current, watch and listen to trends in advertising and pop culture, and always be truthful and kind.