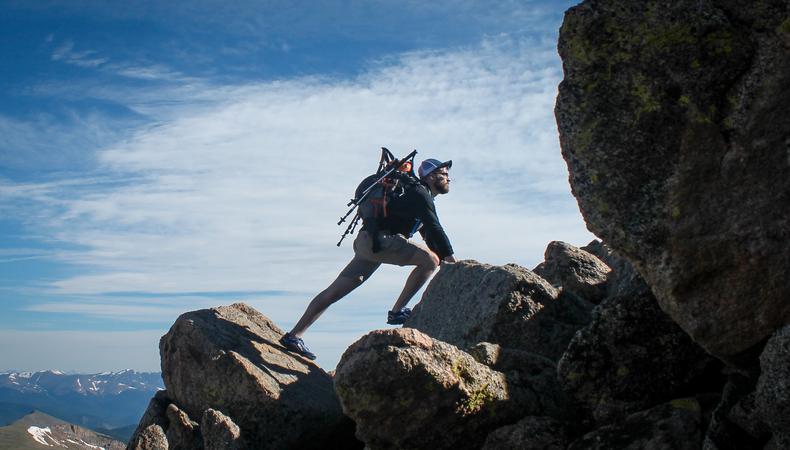 As an audition coach, I often ask prospective clients how often they audition. All too often, they sheepishly confess, “I’m taking a break.” Some of these so-called “breaks” have been going on for years.

I get it. The sheer amount of rejection actors have to sustain can make it difficult to stay motivated. But the greatest disservice actors can do themselves is to avoid auditions altogether.  There’s no guarantee that you’ll book a job when you do audition but I can promise you won’t book work if you stay home. So getting out there and being seen every day is the most important thing you can do for your career.

Here are seven things you should do in 2019 to rejuvenate your acting career and find more success. Just committing to performing these simple tasks will make you feel more proactive about your career and will give you a sense of control over your destiny:

1. Change your attitude about auditions.
Auditions don’t just lead to jobs—they are your job. So stop avoiding them. I know that getting up early to stand in long lines is tedious but is it any more tedious than reporting to an office job at 9 a.m. to perform eight hours of data entry and mail merges? I think not.

Every job has tedious aspects to it. Just talk to doctors about all the paperwork they have to file. No job is fun all of the time, so stop expecting pure bliss of your acting career. Some parts of your job—like auditions—can be unpleasant. Embrace it like the professional that you are.

2. Make checking audition listings part of your daily routine.
Most employees have a daily routine when they get to the office. They hang up their coats, disinfect their keyboards and desktops, pour themselves a cup of coffee, and check their email before performing the tasks for which they were hired.

Establish a routine for yourself. At the beginning of every single day, pour yourself a cup of coffee and check the audition listings. You should have an account at Backstage.com with saved searches that are tailored to your age, type, and skill-set. Your job is to review each and every listing that appears in your saved search and choose the ones you’ll submit for. You should be doing this every single day without fail. If you miss a day, you’re not doing your job.

3. Know your type.
You need to be selective about what you submit for. You could waste a great deal of time auditioning for jobs that don’t fit your type resulting in unnecessary rejection. You’ll stomach fewer rejections if you only audition for jobs you have a chance of booking.

Take a good look in the mirror to assess how directors see you—it’s not about how you see yourself or which roles you’d like to play. I’d like to play the hero who saves the world but I’m a klutzy 5’6” with a high-pitched voice; saving the world just ain’t happenin’. I do much better with the comic relief characters, so those are the roles I submit for. If you’re unsure which roles you should be submitting for, consult with an audition coach. They’ll tell you.

4. Follow season announcements.
They come out every year sometime between February and May so keep your eye on the theater companies you want to work for and when they announce their upcoming seasons, make sure you know the plays and roles you’re right for. If there’s a show you’re unfamiliar with, get a hold of the script and read it. Be in the know of what shows have a role that’s appropriate for you.

Feel free to reach out to theater companies well in advance of their upcoming seasons to ask how to audition for a given show. The worst-case scenario? You’ll get ignored. But some companies will be impressed that you did your homework and give you good information about how to get seen. Plus, you’ll have already established a rapport with that company.

5. Audition for student films.
Will they pay? Nope. Will the film end up looking good? Sometimes. So why would you allocate your time that way? Because it will give you a chance to experiment on camera and develop positive working habits when acting on film. Always request and expect a copy of every film you appear in as compensation for your time and when you have a scene you’re proud of, throw it on your reel. Acting for free provides you with another tool you can use to market yourself.

So get out there and do those student films. It’s much more productive than staring at social media all day. And who knows, maybe you’ll be lucky enough to hook up with the next great film auteur before they break.

READ: How to Get Work as an Extra (and Be Great at It)

6. Sign up for extra work.
I’m not here to tell you that extra work will feed your soul or give you a chance to flex your muscles. It won’t. And yes, you’ll have orders barked at you by production assistants and be herded around a set like cattle. But it’ll give you a chance to see how television is made on the highest level and when you get your big break to star in a series, it won’t be your first time on set. You’ll know the drill, lingo, and etiquette, which will make you seem like a seasoned pro.

Perhaps the most valuable part of extra work is that it’s another chance to network. You’ll get to know hundreds of fellow actors with plenty of time to talk and develop relationships. And occasionally, you’ll get to know a PA who may be on her way up the chain of command. In a business built on personal relationships, any friend you make on set can work in your favor. Careers are long and you never know which of your acquaintances will appear in crucial positions along your journey.

I know you’re a highly trained, seasoned professional, but it’s impossible for you to see your own performance at an audition. You’ll never know if you’ve developed bad habits that misrepresent your skill level. Don’t get written off by directors and casting agents because of a subtle bad habit. A good audition coach can point it out to you in one session, which will make all the difference between “you’re hired” and “thank you.”

We can’t make directors hire us but we can make it clear to that we’re professionals of the highest order. So stop making excuses for not auditioning and get out there and practice your craft. The more you’re seen, the more likely you are to be hired. Here’s to a busy year of auditioning and booking work in 2019!

Ken Kaissar
Ken Kaissar is the founder of The Audition Helper, an online monologue coaching service for actors. His work as a director and playwright has been seen in New York City and around the country for 15 years. He teaches theater at Rider and Stockton Universities.
END_OF_DOCUMENT_TOKEN_TO_BE_REPLACED