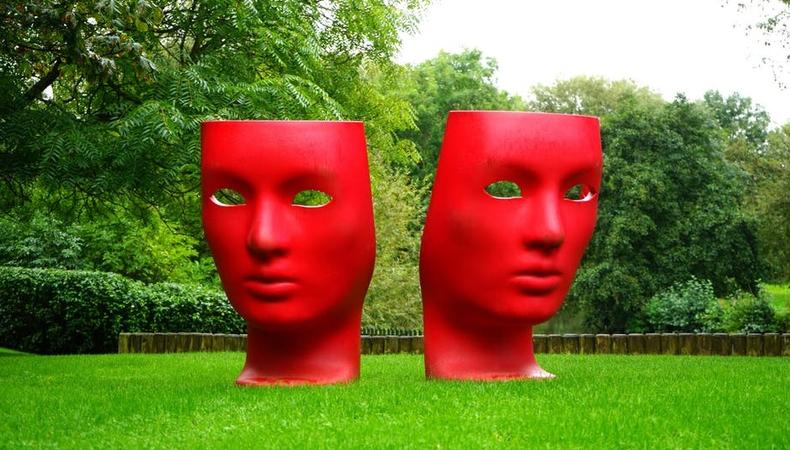 This week Backstage shifts its focus to the Meisner technique so it only makes sense, then, that we also step back a bit and look at acting techniques at large. Below, seven actors and Backstage Experts weigh in on what technique means to them and to their crafts.

Technique is entirely dependent on commitment.
“I realize actors have been sold on certain techniques that they swear by for success. And the truth is they work...they all work.

“But acting techniques are like diets and methods to quit smoking. If applied and practiced, you will reach your goal. But you’re reaching that goal because you want to reach it, not because any one technique is better or more effective than another.

“There isn’t a wrong way of how to be or become. Every way you are is right in that moment, in your craft, in life. How you get to any one place, thought, or emotion is insignificant; getting there is the goal. You are already great at being human. You are flawed but perfect, ignorant but learning, dying but living. You are all these things without thinking of how to be or become them, so the secret is to move subconsciously in your craft and characters.” —Dorian Santiago, award-winning filmmaker, acting coach, and Backstage Expert

One actor on the discipline of Meisner.
“Meisner gives you a clear, step-by-step approach to the craft of acting that allows complete freedom of expression and confidence in your abilities. It taught me that under any imaginary circumstance—whatever a script or character may call for—I can respond entirely on my impulses, bringing my own unique perspective and voice to the work. The technique itself acts as a jungle gym to work out my imagination, so that I can dive into any scenario.

“Also, Meisner requires that I focus on the other actors. There isn't time for self-indulgence. It is about really listening and responding—sounds simple, but when you're on set there are many distractions—so my training allows me to fully trust my impulses and to play the scene moment to moment. Meisner requires a tremendous amount of personal accountability as well, which includes preparing and doing character research at home, so that when I walk on stage or set I am ready to work.” —Jordana Oberman, L.A.-based actor who has appeared in “Grey’s Anatomy”

Practice is its own technique.
“Though I have studied various techniques, such as Meisner, I wouldn't say that I have a particular method that I learned and practice, but I do believe in the old saying ‘Acting is reacting.’ If your scene involves a partner or a group, you really have to respond to those people in the moment. If you're alone, you're reacting to the circumstances around you. In any scene, you use your imagination in order to believe and react to your character's situation. I really do feel that it comes down to being honest and listening; that's my own method. I'm a big fan of cold readings. That's when I can really live in the moment, going from sentence to sentence, word to word.

“Each actor's approach to the work is really specific and subjective. Some actors may attend different types of classes and eventually find the technique they will use for years, which is great, but I personally don't think that classes will work for everybody. For every actor, however, practice is always essential. What's great is that one can gain practice by acting in something smaller, like a student film or play, for example. And even though I'm not a fan of certain techniques, I would definitely take a workshop to play, practice, and gain another perspective.” —Alexandra Ackerman, New York-based actor who has appeared on “Days of Our Lives,” and done voiceover work for commercials and scripted series

Every technique has a bit of Stanislavsky.
“Most modern American actors practice Stanislavsky’s methods on some level, but how we translate his system differs depending on where and how we study. In early 1930s New York, several Group Theatre company members took his work in different directions, forming the basis of many of the techniques actors study to this day.

“Lee Strasberg—father of ‘method acting’ and co-founder of the Group—focused on improvisation and affective memory to mine authenticity from his students. Also known as ‘emotional recall,’ affective memory is a technique used to summon actors’ personal memories to repurpose the emotions they produce into a scene.” —Jackie Apodaca, associate professor and the head of performance at Southern Oregon University and Backstage Expert

Acting technique is like a scaffold.
“Think of acting technique or conservatory training as a scaffolding or blueprint that is necessary for learning how to create characters and to start the journey of living truthfully in imaginary circumstances. Rather than clinging to that scaffolding for dear life during a scene, audition, or performance, the final step is kicking it away when you’re finished with it. The process unveils the difference between acting which smells of technique and the kind that does not. Masterful acting never seems safe or planned. Instead it oozes an organic quality and a sense of danger. This is in part because the scaffolding is gone.” —Joseph Pearlman, private and on-set coach for actors, musicians, and comedians, and Backstage Expert

Process is its own technique.
“What inspires you? What blocks you? What rocks you? What delights and repels you? How do you travel from seeking approval to that (non-chair-throwing) good kind of anger to sincerity, and then to your best possible performance?

“As an actor in training, I constantly found myself longing to get underneath and draw out more of the organic and primal parts of my unique self. How could I make and process discoveries about myself and the character before getting too intelligent with memorizing, blocking, and believing that I know who the character is from simply reading the scene?

“The best kind of certainty for an actor is mastering the art of questioning. I love a road map that begins with ‘I don't know.’ Process glorifies such a concept.” —Deena Levy, founder of Deena Levy Theatre Studio and Backstage Expert

Don’t discredit stillness as a technique.
“I want you to watch a feature film with the sound off. Sound boring? Get over it. This will change your film acting forever. As you look at the film I want you to notice the way the lead actors move versus the way the day players move. You will almost always find that the most famous and successful actors in a film move the least.

“Some teachers refer to this as stillness. That is an inadequate description and a reductive concept that does not speak to the depth of this concern. In the on-camera classes I teach at Screen Actors System, I address this matter through a more rigorous strategy I call ‘minimum movement.’

“Actors feel like they have to entertain. That is a noble desire. But I am going to ask you to please stop—stop feeling like you have to do something. I’m not saying you will never do anything in a film performance. But trust me, do more nothing.” —Ryan R. Williams, L.A.-based on-camera acting teacher, founder of Screen Actors System, and Backstage Expert

Whatever your technique, put it to use with Backstage’s casting calls!

Casey Mink
Casey Mink is the senior staff writer at Backstage. When she's not writing about television, film, or theater, she is definitely somewhere watching it.
END_OF_DOCUMENT_TOKEN_TO_BE_REPLACED