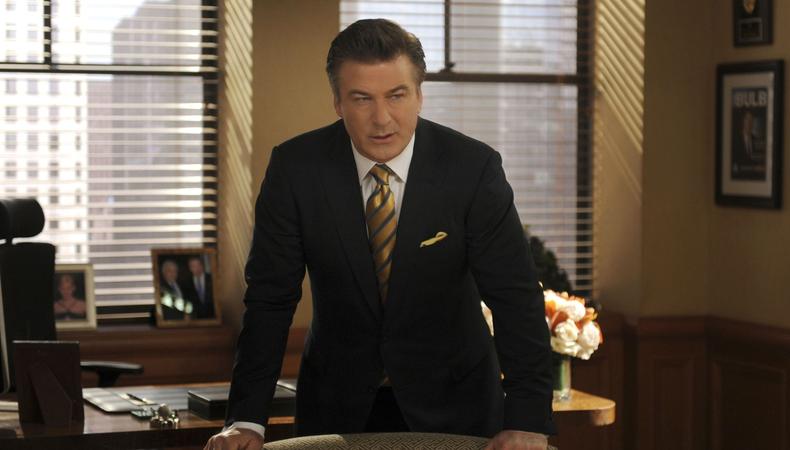 Jane Lynch and Alec Baldwin take on joint hosting duties.
Jane Lynch and Alec Baldwin have signed on to revamp “Inside the Actors Studio,” changing up the celebrated interview series slightly. Each episode will bring together a variety of pairings in conversation with one another. Debuting Oct. 13, the program has already slated Henry Winkler and David Oyelowo, with additional pairings to-be-announced shortly. (Vulture)

‘Avengers: Endgame’ tickets scramble breaks the internet.
AMC’s ticket-buying website was ill-equipped to handle the mass attempted purchases made earlier this week in anticipation of “Avengers: Endgame.” The film additionally set records for Fandango and Atom Tickets for first day sales as well as caused the Alamo Drafthouse theater chain to experience technical difficulties. Days later, all sites appear to be back up and running smoothly—just as the Avengers themselves intended. (Variety)

The new ‘Joker’ trailer intrigues.
Though Todd Phillips is still keeping as much of his upcoming “Joker” film under wraps, the auteur did share a sneak peak of the origin story at CinemaCon. Audiences (both in the flesh and online) naturally, were thrilled. The project, slated for an Oct. 4 release, will star Robert De Niro, Zazie Beetz, and Joaquin Phoenix. (Variety)

The Justice Dept. to the Academy: Tread lightly.
Last week, the Department of Justice issued a letter to the CEO of the Academy of Motion Picture Arts and Sciences in response to rumors that the board may be trying to create rules preventing streaming services from awards consideration, saying that suppressing competition raises antitrust issues. In response, an Academy spokesperson said, “The Academy’s Board of Governors will meet on April 23 for its annual awards rules meeting, where all branches submit possible updates for consideration.” More on this story to come. (Variety)

Jordan Peele’s ‘Twilight Zone’ revival hits YouTube.
Back in the news once again, Jordan Peele’s highly anticipated “The Twilight Zone” reboot has debuted its series premiere—on YouTube. The episode, titled “The Comedian,” stars Kumail Nanjiani and Tracy Morgan and just like the original series on which it stands, relays that there is a deeper meaning behind simply watching a stand up comedian navigate professional and personal issues. (Vulture)

The ‘Black Widow’ standalone movie has begun casting.
Though there is nary a detail known about the project’s plot, casting has begun for Marvel’s upcoming “Black Widow”—and it is unsurprisingly stacked. In addition to previously-announced Florence Pugh and Scarlett Johansson, the film has now secured “Stranger Things” star David Harbour. Filming will begin in London in June. (The Hollywood Reporter)

Disney’s live-action ‘Dumbo’ is deflating.
With its costly live-action remake of the film “Dumbo,” Disney had been hoping for a minimum $50 million opening weekend. The venture, unfortunately, fell short, opening to $45 million. The film itself cost about $170 million to make, meaning the team faces an uphill battle as far as profit turning. (Deadline)

‘The Walking Dead’ may finally be losing steam.
AMC’s long-running hit “The Walking Dead” is seemingly no longer invincible. With its season 9 wrap-up this week, the zombie drama had its least-watched finale to date; according to Nielsen Live+Same Day ratings, the average rating for the Season 9 finale of “The Walking Dead” was a 1.9 out of 10 from viewers 18-49 years old. Overall, viewership was down 44% in the key demographic and down 37% in viewership from last season’s finale. (Variety)

All this news inspiring? Apply to casting calls on Backstage!