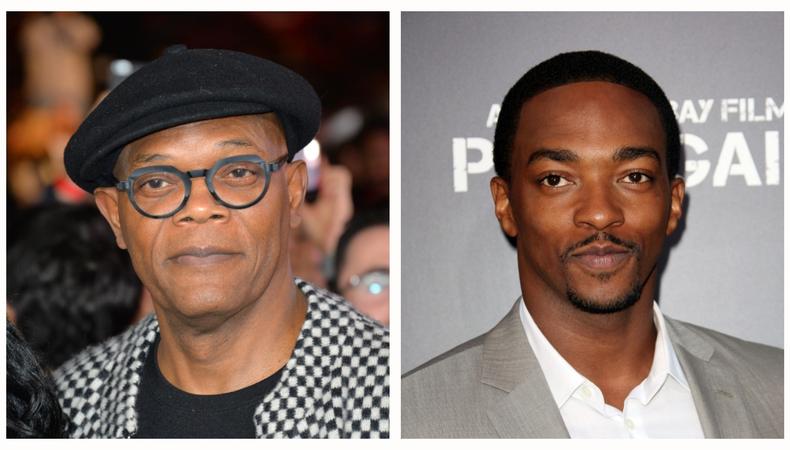 “The Banker”
Downtown Douglasville has been transported back in time this month, as filming for the upcoming feature film “The Banker,” starring Samuel L. Jackson and Anthony Mackie, has gotten underway. The production has transformed the Douglas County Sentinel office into a 1960s bank, and crews have also been spotted throughout parts of Newnan and Atlanta. As announced this week, Jackson and Mackie will lead the cast, with Nia Long, Nicholas Hoult, and others also featured in the flick. The drama is based on the true story of two entrepreneurs, Joe Morris (Jackson) and Bernard Garrett (Mackie), who circumvented racism by recruiting a working-class white man (Hoult) and training him to pose as the head of their business. Tammy Smith Casting has released a few casting notices recently, so expect more opportunities to pop up in the coming weeks!