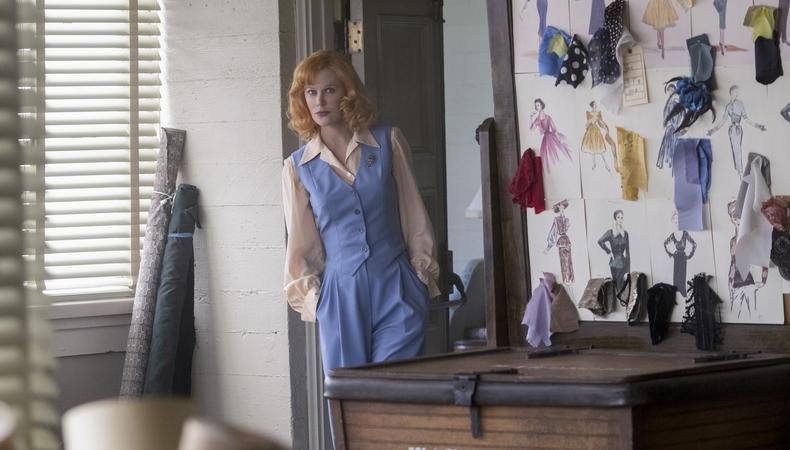 In one of the more surprising casting announcements this year, Nicole Kidman portrays Lucille Ball in Aaron Sorkin’s “Being the Ricardos.” Any doubts about Kidman’s performance were put to rest when the film dropped on Amazon Prime Video earlier this month—thanks in part to the film’s hair and makeup department heads, Teressa Hill and Ana Lozano, respectively. Here, the duo talks about recreating Ball’s looks for Kidman, as well as Javier Bardem as Desi Arnaz, Nina Arianda as Vivian Vance, and J.K. Simmons as William Frawley.

What were your initial conversations with Aaron Sorkin like, as far as creating these hair and makeup looks?

Ana Lozano: The first thing Aaron Sorkin told us is: We are not taking a photograph; we are doing a painting. Everyone knows the four main characters. You always want to do something similar to them, but in the end, I think we all agreed on doing subtle things in their hair, makeup, and wardrobe, so that even if the actors don’t have the same face, you still see them on “I Love Lucy.” Less is more. 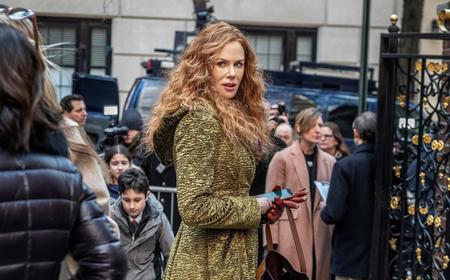 Teressa Hill: It was just such an artistic endeavor, and we knew that we had to work tightly together and work as a team closely with the actors to make them feel comfortable. Everybody involved was hyper-aware that all eyes were going to be on us. The hype started before the film even began, right? Everybody said, “Nicole—she’s not going to be able to do it.” But everything that we saw on those monitors, we were proud of. At the end of every night, after the first assistant director said, “Wrap,” they played the “I Love Lucy” theme.

The actors weren’t doing impressions, but they still captured the essence of their famous counterparts. How did that inform your process?

TH: [Sorkin] is a brilliant artist himself; he’s very well-prepared. He knows his vision, and he includes everybody in that vision. He was very inclusive and very collaborative with every department; he trusted every person that was hired to do their job, and everybody brought their A-game. We were replicating some of the most iconic characters in the entertainment industry. All you have to do is say their first names—“Fred, Lucy, Ethel, Ricky”—and everybody knows who you’re talking about. For Halloween, you put on the red hair and the red lips, and you know who it is. As far as “dressing up” as these characters, that was something that we all, especially Ana and I, worked very closely on. In the morning, Javier walked into our trailer and then Desi walked out—and it was our job to help facilitate that. We’d see Nicole go into the trailer, and every time they left our trailer, they were embodying the essence of those characters.

How closely did the two of you, and your departments, collaborate?

TH: We would look at each other when we’d be double-teaming an actor. And we would just give each other a nod, like, “Yes,” or we would shake “No,” and we both were very respectful of each other’s opinions. That communication and camaraderie and respect has to be there: hair toward makeup, and makeup toward hair. The two of us were very diligent, before we even met with Aaron, about going over each one of the actors that we knew had been cast and researching the looks of those particular characters, whether it be the icons themselves or the people that surrounded them.

AL: Once we did that, we met with the costume designer. Hair and makeup work so closely with wardrobe, because wardrobe creates the silhouette. They meet with the actors and they design the looks for the body of the actor, basically to conceal or to complement different parts of the character’s body. We have to do the same thing when it comes to hair and makeup.

Casey Mink
Casey Mink is the senior staff writer at Backstage. When she's not writing about television, film, or theater, she is definitely somewhere watching it.
END_OF_DOCUMENT_TOKEN_TO_BE_REPLACED