Want to Get to Broadway? OK, Then Stop Doing This in Your Auditions 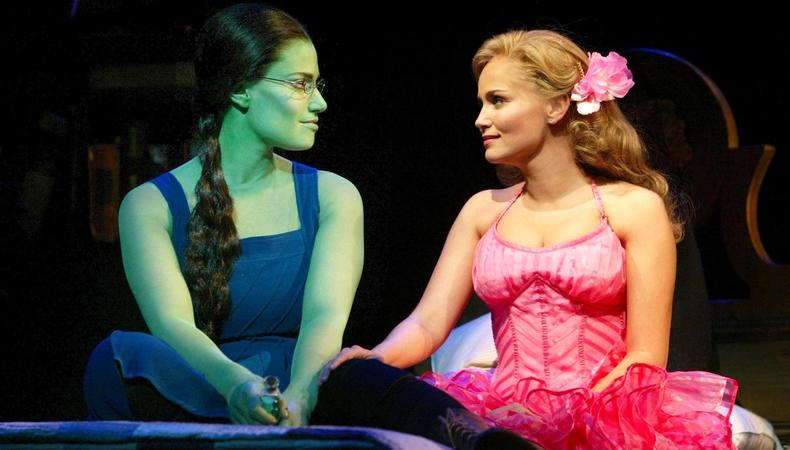 It’s officially fall, which means it’s officially fall theater season. If your hankering to get to Broadway has been reignited with the slightly-cooler weather and onslaught of openings, you’ve come to the right place. It only takes one project to be the project—but that project will probably come with at least a couple preceding auditions. Stop making these mistakes, and who knows? Maybe you’ll have a Tony Award by this time next year (crazier things have happened, OK?).

Lacking focus when it comes to your speaking voice:
“The things we are always alert to as theater CDs include an actor’s speaking voice. [We want] an actor who has been trained and can support his or her voice and whose voice is a full function of his or her instrument. It’s a controlled aspect in the same way you would control your body—the voice [should] be full and supported and controllable. I listen to actors’ voices very carefully, even when we’re not casting a musical. I also think acting is acting and truth is truth and beauty is beauty and all of those things transcend medium—but I do think that there is a certain size to acting that we like and celebrate in the theater that’s not necessarily required in television and film. We look for people who can convey on the stage to the person in the back of the house with truth.” —Tara Rubin, casting director for “Dear Evan Hansen” and more

Letting nerves get the best of you:
“Auditions engage the flight part of the brain because you are literally exposing the softest part of yourself to a room full of strangers. The increased heart rate and butterflies in the stomach are actually your body trying not to run. Remember, we come prepackaged with these instincts so relax and accept the fact that if you’re a little nervous, it’s not your fault. Beating yourself up by thinking that you’re doing something wrong by having some nerves only adds another level of anxiety and tension and the nerves become even worse. It’s like screaming, ‘Shut up!’ at a crying baby—it doesn’t work. When you accept the nerves and see them as a natural part of being alive, they calm down and you’re less likely to be taken over by them.” —Craig Wallace, creator and teacher of the Wallace Audition Technique

Old-fashioned dilly-dallying:
“When your name is called, walk into the room with confidence. Have your organized music binder under your arm and head directly over to the accompanist. Give brief but specific instructions to the accompanist regarding tempo and any other notes you may have in order to have him or her play the very best for you. Walk into the center of the room in front of the panel, and should they ask you what you are singing, state the name of the song and then start with no delay or apology. As I mention above, trust in the power of the song’s words (and yourself as a singer). Stillness is your friend here. Hands down by your side. You are not stiff by any means, but instead presenting a clean, crisp image. Keep your eyes open and sing over the heads of the panel instead of looking them directly in the eyes. Once your song has ended, immediately thank the panel and start out the door, not forgetting to collect your book from the accompanist.” —Duncan Stewart, CSA casting director and owner/partner of Stewart/Whitley in New York City

Showing up with a lazy book:
“Having several songs organized, rehearsed, and ready to perform beautifully does wonders for your peace of mind and your audition. Songs in your book should be age and type appropriate, showcase your strengths, and reflect who you are. Choose at least one ‘standard’ song from the ‘Great American Songbook’: Rodgers and Hart, Harold Arlen, Johnny Mercer, Jerome Kern, etc.

“Choose another song from the ‘Golden Age’: Rodgers and Hammerstein, Irving Berlin, Lerner and Lowe, etc. One should be a ballad and one an uptempo. The same goes for ‘contemporary musical theater’ songs: Ahrens & Flaherty, Tom Kitt, Robert Lopez, David Yazbek, Stephen Schwartz, etc. Choose at least one uptempo and one ballad to start.

“Choose the styles you love to sing, that show you and your voice at your best and are right for the shows you’re auditioning for. For pop-rock shows I suggest choosing actual songs from that genre rather than a song from a show of the same style. If you’re auditioning for ‘Rock of Ages,’ for instance, instead of singing from ‘Rent,’ choose a classic rock song. Knocking the real thing out of the park makes a better impression than doing it with a musical theater equivalent.” —Philip Hernández, audition coach and working actor in New York

Acting like a personality-less robot:
“Let it shine through. Don’t give one-word answers when having a conversation with the casting director. Ask questions! The industry is looking for smart, curious actors.” —Denise Simon, New York-based acting coach and career consultant

Casey Mink
Casey Mink is the senior staff writer at Backstage. When she's not writing about television, film, or theater, she is definitely somewhere watching it.
END_OF_DOCUMENT_TOKEN_TO_BE_REPLACED