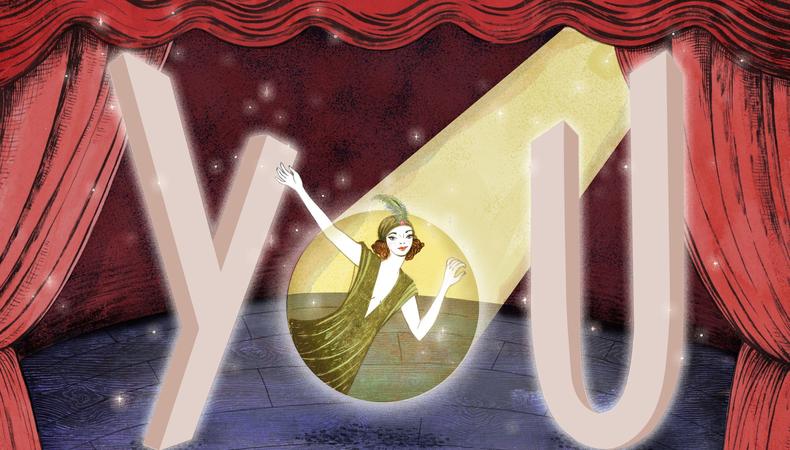 Whether you’re new to the musical theater game or a singing-in-the-spotlight vet, there’s always more to learn when it comes to nailing your 16 bars in the audition room. Below, In the Room’s featured casting directors for theater—including the minds behind “Hadestown,” “Tootsie,” “Ain’t Too Proud,” and more—break down what you should know about auditioning for musical theater, from acting to singing, presentation, and more.

Each CD operates differently, but they’re all looking for the same thing: You!
“We usually start with reading the script and having a conversation with the writer, if the writer is alive, and the director. I always say our job is to serve the imagination of the creative team, so we’re constantly trying to have whatever discussions we can that will enable us to get inside that imagination and get closer to what someone is envisioning. We ask a lot of questions about the kinds of people who are the right people to tell that particular story. We do a lot of research. If I’m working for a director for the first time, I’ll do research and try to find out more about actors that they have cast in the past—that gives me a lot of information. I’ll try to read other plays by the same writer, make sure I really get a sense of that voice. I try to get as close to the intentions of the creative team as I can. It’s a big process. It’s fun to ask questions: What’s it going to look like on the stage? Is the set going to be minimal? Is it going to be abstract? Is it going to be realistic and representational? The answers to those questions help me begin to think about which actors might be appropriate. The language of the play is a huge part of it. Who’s going to be saying these words? The exciting thing for me is exactly that: being able to help artists create what’s in their imagination.” —Tara Rubin (“Ain’t Too Proud”)

“The goal is to fulfill whatever the director’s vision is, so you’re there just like the set designer or the lighting designer or the costume designer to fulfill the director’s vision of what that show is. We have to be malleable enough to adapt our style and taste, somewhat, to that director’s. The most fun thing to cast is a new musical and new plays Off-Broadway. Those tend to be the places that you do it the old-fashioned way, which is to cast it as well as you can—as well as the pool allows you to cast it. There isn’t any pressure to have a name or a star to put butts in seats. Those tend to be shows that you get to just sit with your director and figure out what they want and do the best you can to find what they want.” —Jim Carnahan (“Tootsie”)

Theater actors sometimes need a greater presence than screen actors.
“The things we are always alert to as theater CDs include an actor’s speaking voice. [We want] an actor who has been trained and can support his or her voice and whose voice is a full function of his or her instrument. It’s a controlled aspect in the same way you would control your body—the voice [should] be full and supported and controllable. I listen to actors’ voices very carefully, even when we’re not casting a musical. I also think acting is acting and truth is truth and beauty is beauty and all of those things transcend medium—but I do think that there is a certain size to acting that we like and celebrate in the theater that’s not necessarily required in television and film. We look for people who can convey on the stage to the person in the back of the house with truth.” —Tara Rubin

“A live TV musical really is just like Broadway. [Actors have] got to be able to sing. Maybe I don’t have to worry about if they’re going to lose their voice the next day because it will be over, but we’re not thinking of that in the room. We’re still auditioning, and our process is we need people who can sing this score. Onscreen, the camera will be close up; you’re going to get to see a different kind of emotion than maybe is on stage. Those are all just different things about the medium. But the casting approach is the same. It’s no different than when we were looking for people to do a national tour or an Australia company. We’re looking for people who are going to touch your heart through song.” —Bernie Telsey (“Beetlejuice,” “Oklahoma!”)

CDs will look far and wide for talent when they need to, even for theater.
“We really do want to go the extra mile; we want to turn over every rock and find every talent that lies below all those places you wouldn’t ordinarily look. We take that approach to every show. We want to find new types, new looks, new points of view, and we find those by going to those places in the East Village and going to those places where people act and sing their hearts out and get coins tossed at them.” —Duncan Stewart, “Hadestown”

“As an actual cultivating Broadway casting office, we don’t have the luxury, some may call it, of having decades’ worth of files of seeing the same people over and over. We’re building our files and we’re making new relationships and we need to do that to continue to grow as a company. We need to continue to cultivate and find new people. We continue to bring new players because, frankly, we’re out looking for new people.” —Benton Whitley, “Hadestown”

READ: 3 Reasons You’re Not Getting Cast in Musical Theater

In the audition room, lead with confidence and come with a surprise.
“I want someone who surprises me. Make a choice; whether it’s right or wrong, have a point of view in the room. If you’re trying to guess what we’re wanting, it’s game over. Be a surprise.” —Duncan Stewart

“For me, the definition of talent is executing skills with confidence. Confidence is magnetic and captivating. Confident people in the world are our leaders. In theater, it works the same way. We love having confident people share themselves with us. I see incredibly talented people come in the room and lack confidence while actually sharing their talent with us, which makes it so incredibly unappealing. Everyone has to have a kumbaya moment with themselves and figure out what is it that I have to offer, why am I sharing it, and let me share it with happiness, joy, and confidence. That is what actually makes you talented.” —Benton Whitley

A career in musical theater requires patience and wanderlust.
“Develop a strong sense of patience, because everything doesn’t always happen at the rate that you might wish when you’re young. Having an extended or long view of your career is probably a good thing. Think about other aspects of theater that might be exciting to do in addition to being an actor. I think sometimes actors feel like if they take some time to do something else, it will detract from their career or will make people think they’re not truly committed to their profession. I don’t feel that way at all. I’m always excited to hear people say, ‘I took a year off and did whatever’—traveled, studied, whatever it is. I think having a patient, long view of things is a good thing for an actor. I also think being excited to travel, to go to different cities and different places to work is a good thing.” —Tara Rubin

Elyse Roth
Elyse is a senior editor at Backstage, where she oversees all casting news and features content, including her weekly casting director Q&A series, In the Room. She came to New York from Ohio by way of Northwestern University, where she studied journalism, and now lives in Brooklyn. She might see and write about awards-worthy films, but Elyse still thinks “Legally Blonde” is a perfect movie and on any given night is probably taking in some kind of entertainment, whether it’s comedy, theater, ballet, or figuring out what show to binge next.
END_OF_DOCUMENT_TOKEN_TO_BE_REPLACED