How to Care for Your Voice 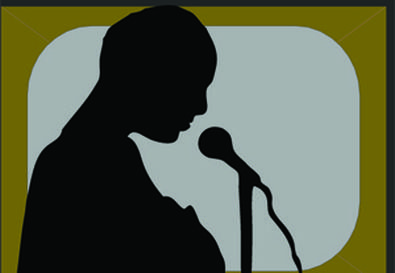 Voiceover artists are the hardest-working actors you never see. The demands placed upon the vocal actor can be extreme, and without proper care and exercise, the voice will undoubtedly suffer. Marc Cashman is not only one of the busiest voiceover actors and producers around; he also instructs students of all levels in Los Angeles, as well as online via his telecoaching program. His commercial clients include Kroger, Charles Schwab, and Quiznos.

Cashman has his own list of vocal dos and don'ts, putting proper hydration at the top. "Drink plenty of water at least an hour before a session, in order to moisten all the tissues in your mouth," he says. He points out that this can also cut down on extra mouth noise: "You want to eliminate any noises in between words and sentences, or within words themselves, so you're speaking clearly, with very little mouth noise."

Taking care of the sinuses is also high on his list. "Keep your sinuses clear," Cashman says. "A decongestant spray or tablet will work for a short amount of time, but it will also possibly dry out your mouth. A saline spray can also help." He suggests that those who find themselves with constant stuffiness might want to consult with an ear, nose, and throat doctor. "If you're diagnosed with a deviated septum, you might consider surgery," he says. "They'll Roto-Rooter out your sinuses and make things a lot easier." Cashman has found that the vocal quality of some actors improves after the surgery: "I've known a number of people, including myself, who have gone through this procedure and it has completely changed their voice. It's given me much more depth and resonance. It was life-changing."

Physical exercise is also important to keeping your voice working well. "All voiceover takes breath and breath control; that's why cardiovascular exercise is so important," he says. "The better your fitness, the bigger your lung capacity and the more control you will have over your breathing." Cashman finds physical fitness vital when doing more-demanding sessions: "People who are overweight and not exercising will have a hard time. They will run out of breath at the end of a phrase or sentence. Sustaining long passages is particularly difficult, and they may not be able to pull off long-form work like audio books."

Cashman often refers students for lessons with a voice coach or singing teacher. "The thing that voice actors learn very quickly is how much music there is in copy," he says. "Some of my most successful students in voiceover are singers, because of all the skill sets they bring. Their sense of intonation, articulation, interpretation, mic technique, breath control, and an innate knowledge of music makes them very aware of these qualities in copy."

Don't Talk With Your Mouth Full

Food and drink can be treacherous for the voiceover actor. Cashman warns students to avoid caffeine, sugar, dairy products, and alcohol before a session. Meals are also another potential problem. "Don't eat a heavy meal before a session," he says. "You're just going to be tired, and your throat will be full of food detritus. If you do eat a heavy meal, rinse your mouth, brush your teeth, clean your mouth out completely."

Smoking is another vice that some voiceover artists still indulge in, surprisingly. "This should be a no-brainer, but there are voice actors who feel smoking gives their voice character, that edge or rasp," Cashman says. "I argue that actors who don't smoke can always put an edge or rasp in their voice, but the smoker cannot take it out. Besides the vocal issues, you stink up the control room and the booth. If you must smoke, wait till after your session."

Being considerate of your fellow actors' voices is also important. "Don't show up at an audition or session with a cold," he warns. "It's a selfish thing to do. If you miss an audition, it's like a bus: Another one will always come along. If you know it will affect your performance, you need to bow out. People will respect that."

Cashman has a series of exercises to strengthen the voice, as well as the actor's diction and clarity. "Hold your top and bottom teeth together gently and go through a series of tongue twisters, forcing your lips to do the work," he suggests. Another exercise he recommends is to put a wine cork halfway in your mouth, then try to read copy as clearly as possible. "The clearer you are with the cork," he says, "the better you will be without it."

Living in Los Angeles, Cashman has found a way to utilize travel time efficiently. "I tell my students, when they're on the way to an audition or session, to vocalize in the car. It takes you 15 to 30 minutes to get anywhere in Los Angeles, so you may as well take advantage of it," he says. Once again, he turns to singing: "I encourage them to look at billboards and make up melodies with the words they see. Singing at a comfortable range will stretch your vocal cords. By the time you get to the session, you are vocally where you need to be. You'll be warmed up, focused, and ready to hit the ground running."