How Carey Mulligan Memorizes Lines + Prepares for a New Role

Since making her film debut in Joe Wright’s 2005 “Pride & Prejudice,” Carey Mulligan has become one of the most acclaimed actors working today. From her Oscar-nominated turn in “An Education” to “Inside Llewyn Davis” to “Wildlife,” Mulligan has proven her range as a performer who knows no bounds. The latest example is her turn as Cassie in Emerald Fennell’s “Promising Young Woman” (now available on Blu-ray, DVD and Digital), for which she nabbed her second Oscar nod for best actress in a leading role. She recently sat down with Backstage for a livestreamed Zoom webinar to talk about finding her characters, memorizing lines, and why she never hides her enthusiasm in the audition room.

Cassie was both challenging and fun to play because of her complexities.
“I think the challenge of her was that she is so many things at the same time—not just pretending to be drunk but actually sober, but also carrying this massive trauma and grief around with her but outwardly attempting to seem completely normal to the rest of the world. And then also she’s turned her life off a bit, and she’s sort of emotionally stunted. She’s still living at home, she’s kind of stuck in the age that she was, she’s drawn back into her parents, and [she’s] keeping things very safe and won’t open herself up to anyone. [She] doesn’t have any friends; the closest person she has is Gail, played so brilliantly by Laverne Cox. And I was like, ‘Ah! I don’t know how to put them all together!’ But that was the fun of it.”

Mulligan’s work in theater prepared her to take on “Promising Young Woman.”
“The year before, I had done a monologue at the Royal Court Theatre in London called ‘Girls & Boys,’ and I took it to New York. And that was like BASE jumping off the Chrysler Building. It was the scariest thing I’d ever done! So it set the bar in a way that I was like, ‘Oh, that was so terrifying, brilliant, and rich!’ It prepared me well for scary things.”

Her best piece of audition advice: “Go big or go home.”
“Go big or go home, I think. I’ve always just been, like, nerdily keen for all the jobs that I’ve wanted to be involved in. I don’t have the ability to play it cool, at all. And I suppose the one bit of advice that someone told me is that they want you to be the right person when you walk in. They want you to be the person that they can go, ‘Oh, brilliant, we cast that job.’ They don’t want you to flail and forget your lines and dissolve into tears. They just want you to be great, and they’re rooting for you in that sense—that you’ll make their lives better, make their lives easier.”

She’s not interested in playing characters that don’t challenge her.
“I’m not looking to play characters that feel very close, or that feel easy—like, ‘Oh, I know how to do that. That’s just this, this, and this!’ If it feels like that, it’s not that appealing. But it’s interesting to me when there’s something where you hook into. When I did ‘Wildlife,’ this character Jeanette—on first reading, you’re sort of like, ‘Whoa, what’s going on? Why is she doing all of these things?’ So much of it doesn’t make sense. And the more you talk about it and the more you read it, the more the puzzle pieces come together. But there’s also what I think Jeanette is experiencing: ‘OK, here I am. I got married when I was 18. [I’ve] got a 14-year-old son, [and] all of these possibilities that laid before me have gone.’ There was something about that that I could key into, and so we sort of built it out from there.” 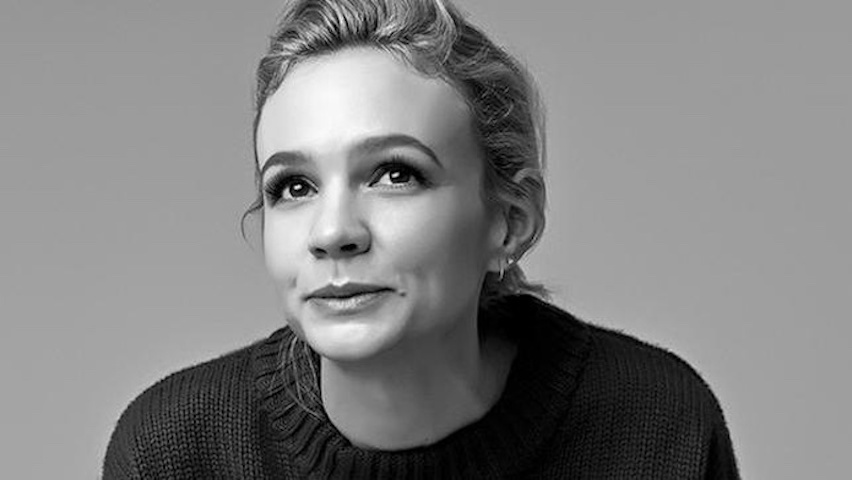 Mulligan relies on creating a backstory in order to keep her characters fresh onstage.
“Particularly if I’m doing theater, I do kind of free-writing, where you just write. When I did ‘Skylight’ with Bill Nighy on Broadway, every night, if I had time, I’d write a memory about some experience that our characters had together. It sounds so pretentious! But it was like building a history for this person with that other person. Maybe I would put a song with it that was playing in the restaurant when this occasion happened, or some film that we watched. Or I’ll have stacks of books of poetry backstage with me, and I’ll leaf through and find a poem that has one line that really resonates, that when I go onstage that night, that’s the line that’s in my head. You’ve got to give yourself new stuff when you’re doing a 16-week run.”

For Mulligan, learning lines is all about repetition.
“I write [my lines] out. So, I get the script, and I cover up my line and write it. And then I go down, and I don’t reveal my line until I’ve remembered it. And I’ll just do that over and over again. Or when I did ‘Girls & Boys,’ I would put up posters with headlines on the wall, and put them all the way around the room, and I would go from the beginning of each chapter to the next. And I put some kind of physical action into that bit so I could remember one bit to the next. And then when I was doing it onstage, I would remember what part of the room I was in when I was moving. So, [it’s about] repetition at the end of the day.”