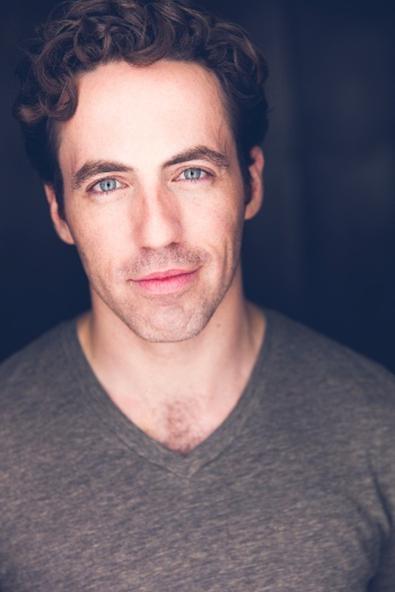 As the program head for Pace School of Performing Arts’ newly expanded BFA in acting for film, television, voiceovers, and commercials, Brian Hastert is responsible for preparing students for one of the most important parts of the job: auditioning. As the first class for the newly developed scheme gets ready for graduation, Hastert reflects on the first four years at the helm of the program, which ensures specialized training for the camera and practical knowledge on how to get jobs and pay the bills.

What is the basis for Pace’s expanded acting for film, television, voiceovers, and commercials program?
I went to college, I went to grad school, I got out, and there was stuff I still didn’t know. [I wondered,] are those teachable things? If they are, can we replace the group of things I learned but don’t use with the group of things that people don’t teach because they’re tricky to teach but are teachable? That’s the grand experiment we’re running here.

Have you noticed any changes in the audition process over the last four years?
The number of auditions that have moved to self-tape. In the world of voiceover work, people submit a self-recording. The Marvel-Netflix world has a very particular way that they are seeing people with these sides that are secret. They give you fake sides with fake names for the name of the project. What do you do when they aren’t giving you the pages from the actual script? It feels like it’s going to throw you off, but it’s another bizarre thing that happens to actors that you have to roll with.

What should your students keep in mind as they move from training to auditioning for onscreen roles?
Hopefully, what happens is we do our showcase and they look at that as their introduction into the industry. They don’t feel underequipped or underprepared [because] they’ve been doing this work with cameras in their faces. They don’t think, I have to think about what the industry wants and conform to it.

What do you have to say about branding and auditioning?
You see these breakdowns—“Lena Dunham type.” The Lena Dunham type wasn’t a type until Lena Dunham. Until you demonstrate that your vision of humanity is a worthy one, they’re looking at you through other terms. Having a brand and offering that up is not at odds with being a transformative actor who can play actors from other circumstances. The moment you start playing the casting director game of “What are they looking for?” you’re dead in the water. It’s really important that you develop a personal voice, personal stakes, personal aesthetic. That’s key.

That probably applies to voiceover actors as well.
Your voice is so, so personal. You can manipulate a voice but when you walk in front of the microphone, you’re revealing as much of yourself—or more of yourself—as you are on a camera. You think you can walk in there and do it from the voice up, but any good casting person will tell you [that] if you smile, we’ll hear it in your voice. If you fold your arms and furrow your brows, we’ll hear that in your voice, too.

How can actors transition from stage to screen?
American training has always rested on this notion of, if we train you on the stage, then you can apply it to the camera. I have found that is not as direct an application as it’s made out to be. What we’re trying to do is question the notion that artistry begins on the stage and translates to the camera. You can practice on-camera for four years and you’ll be way better at it when you graduate and still do it onstage. There is a certain amount of practical technique that camera work really benefits from that’s not necessarily the way you practice onstage.

How do you ensure your students are prepared for this?
In actor training, at least in my experience, the artistry is paramount—which is good. But especially when training for the theater, there is an economic argument that gets underplayed, which is that about 90 percent of the work that actors do is auditioning—and that’s not what you’re taught in school. If you finish this program, we want to acknowledge that the job of acting is largely done in a small room with one other person and a camera. How can you bring artistry to those situations? Then, how can you acknowledge the kinds of jobs that are going to pay your rent in a legitimate way? That’s where the larger piece of the economic pie is. What the training says is, “What does the job of an actor actually entail? And how can that be a part of the training and artistic growth?” Not some inconvenient hassle until you finally get the good part of the job, which is being on set.

Looking for more information about where to get your higher education? Check out the Backstage College Guide!