What Keeps Chance Perdomo Going, Even When He Wants to Give Up 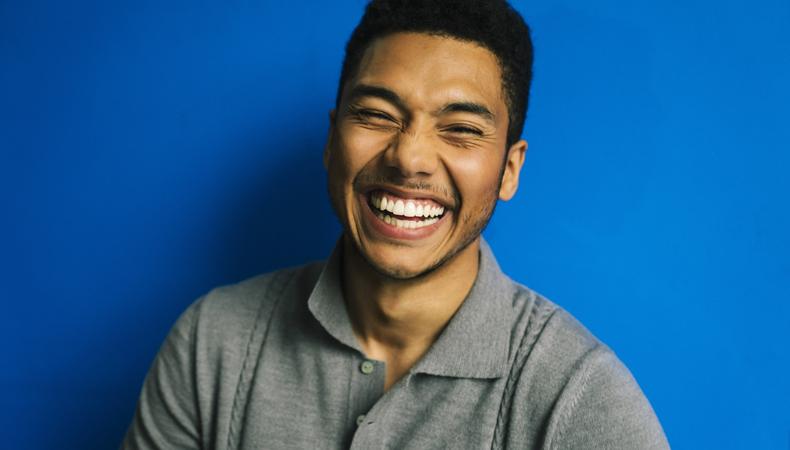 As one of the several young breakout stars of Netflix’s “Chilling Adventures of Sabrina,” Chance Perdomo is already well-attuned to the ups and downs that come with an acting career. On the heels of “Sabrina” Season 2 dropping on the streamer and just days after he learned of his BAFTA nomination for “Killed By My Debt,” Perdomo came by Backstage HQ to discuss his transition from the U.K. to U.S. markets, what movie he thinks every actor should see, and his advice for other young performers working towards their big break.

You’ll want to give up—but don’t.
“One hundred percent, there were times when I wouldn’t want to get out of bed for weeks on end. There would be times where, just before getting ‘Killed By My Debt,’ I was eating literally tuna and crackers to save every penny I could. It gets tough. It can get grueling. But what keeps me in it is, you have to be crazy, and you have to be in love with it, and you have to be crazy in love with it, right? Otherwise, why would you do it? Why would you go through all that constant hustling and grinding? Because you love it. It doesn’t feel so painful when you love what you do. That’s what carries you forward, the love of the craft. And it’s outlasting the time of trial, the time of tribulation. After every storm, there’s sun, and if you can withstand the storm, you’re a better sailor. So yeah, just keep on doing it. Exhaust every single resource you can, every single avenue you can pursue. Go ahead and do that. And if you’ve exhausted all your resources, go where there are new resources. It’s always being in all the spots. Samuel L. Jackson was in his 40s, right? Morgan Freeman, I swear, was in his 50s. It’s a matter of right time, right place, but just being in the right places.”

He’ll go the extra mile to nail the role.
“For ‘Killed By My Debt,’ I completely isolated myself to be in the mindset, even before the audition and then continued into the filming. We’re social creatures, we’re not supposed to be on our own. So yeah, it definitely did a few things.”

Young U.K. actors: Check out National Youth Theatre!
“I can’t stress this enough: the National Youth Theatre, NYT. If you’re in London or anywhere in the U.K. whatsoever, whether you’re north, south, east, west, does not matter, even Ireland, right? If you’re in the U.K., if you’re between ages 14–26, National Youth Theatre all the way. You apply for it, you audition, and if you get in, then you do a summer course. And then once you pass the summer course, you’re a member for life. Well, technically you’re a member for life, but you’re an active member [until] your 26th birthday. And they provide all of the training and all of the benefits of drama school without actually having to go to drama school. It’s beautiful, it’s amazing. You have alumni from Dame Helen Mirren, Daniel Craig, Ed Sheeran. Those are just three that come to mind, but so many ‘creative royalty,’ so to speak, come from NYT. I really can’t stress that enough.”

The right program might even land you an agent.
“I got my agent from NYT. My show actually got cancelled because of safety concerns; it was a sociopolitical piece on Islamophobia and we got security threats, so it got cancelled, and they were like, ‘So, we’ll showcase you to industry, friends, and family,’ and that’s how I got signed. So there’s always opportunities. Even if you feel like the opportunities aren’t coming through the way you’d like.”

Benjamin Lindsay
Benjamin Lindsay is managing editor at Backstage, where if you’re reading it in our magazine, he’s written or edited it first. He’s also producer and host of a number of our digital interview series, including our inaugural on-camera segment, Backstage Live.
END_OF_DOCUMENT_TOKEN_TO_BE_REPLACED