Chiwetel Ejiofor’s Journey to Directing Himself on Netflix 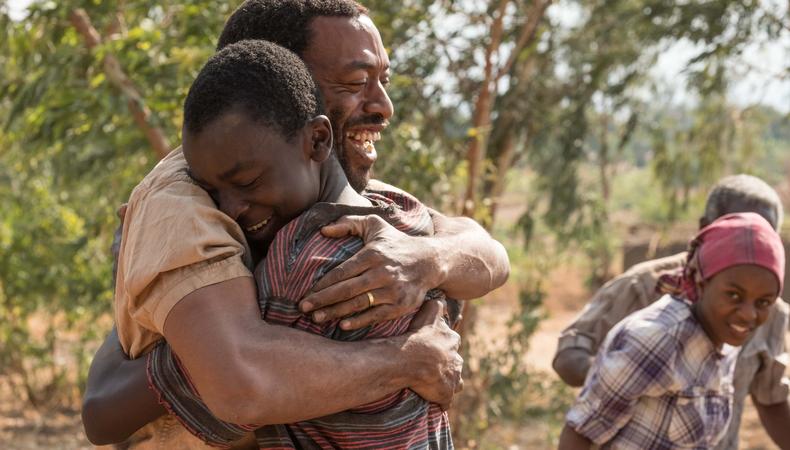 “I feel so changed as a person through this process,” says Chiwetel Ejiofor of his directorial debut, “The Boy Who Harnessed the Wind.” The Netflix feature film is an adaptation of the 2009 autobiography by William Kamkwamba, a Malawian engineer. “What will be interesting will be to go back into work purely as an actor and register how that’s different without that sense of full ownership of a project.”

Ejiofor, an Academy Award nominee for 2013’s “12 Years a Slave,” has for the first time become a triple threat, writing, directing, and starring in his latest project. “I happened to read William’s book, was transported by it, and wanted to, first of all, adapt the story, and that led into deciding to direct it. It wasn’t something I had made a decision about before and was hunting an avenue for. It sort of just unraveled in a certain way.”

The film centers around Kamkwamba at age 13 (played by newcomer Maxwell Simba), when he builds a wind turbine to help save his Malawian village from famine. Ejiofor plays his father, Trywell. When it comes to directing himself, Ejiofor (next starring this year as Scar in Disney’s live-action reboot of “The Lion King”) uses two words: trust and instinct. After all, it’s not his first time at the rodeo, having been directed by the likes of Steven Spielberg, Stephen Frears, Spike Lee, Alfonso Cuarón, Ridley Scott, and Steve McQueen—just to name a few.

READ: From Acting to ‘Action!’: How These 18 Actors Became Directors

“One of the advantages of having worked with a number of different directors is seeing how different approaches can work and how different approaches work for different actors,” he explains, citing Frears, for instance, whose approach is “poetic but definitely psychologically driven,” as a source of great inspiration. That’s in tandem with a more blunt process—the “louder, faster, slower” style is something he also responds well to.

It’s a complicated job, he admits, balancing his three positions on set, but one that uncovered great, if not unexpected, rewards. “One of the powerful things that came out of that choice is that the relationship with Maxwell was very pure. I was playing his father, obviously, but I was also directing the film, so there was no other energy in between us in terms of our communication. I thought that really made the decision [to direct] worth it because it allowed the relationship to be very organic.”

A more tangible advantage to wearing three hats was his ability to change the nuances of a scene while still within it. “To play in scenes that you’re directing is a very interesting balance to strike, because an actor can change the temperature of a scene in a better way, sometimes, than a director could communicate.”

To prepare for the film, Ejiofor traveled to and from Malawi for years to meet the real-life Kamkwamba (now 31) and his family and to spend time in the village of Wimbe, where the film is set. Building those relationships, he says, “was the most important factor for me in making the film,” particularly when casting background talent, who were often people who “intimately knew William, and some of them had been in Wimbe at the time of the famine.”

That became a pervasive theme for Ejiofor: a mandate to maintain not just the authenticity of the source material, but of the real-life characters he and his co-stars were inhabiting. He emphasizes that he didn’t want “The Boy Who Harnessed the Wind” to indulge in portraying poverty’s negative stereotypes, as cinema often does. “My desire is for people to watch the film and be teleported into the space and feel the authentic nature of the experience but without it being a documentary.”

Want to get cast in a feature film? Check out Backstage’s film audition listings!