How the DP Behind ‘Bohemian Rhapsody’ Paid Respect to Freddie Mercury 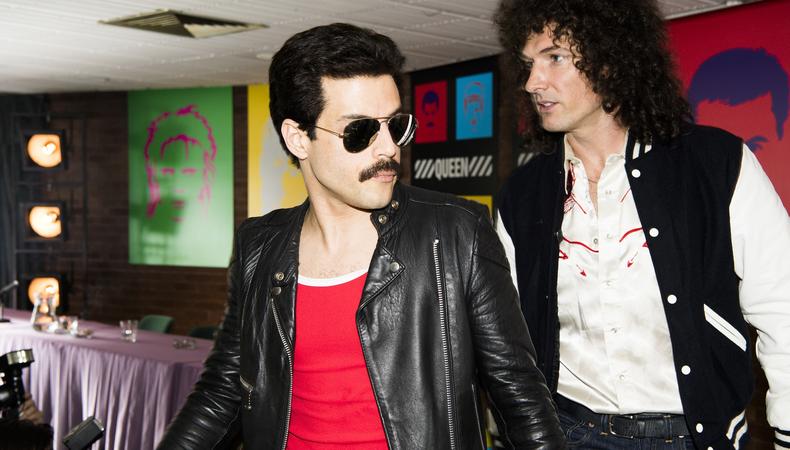 With the Freddie Mercury and Queen biopic “Bohemian Rhapsody,” the pressure was on to tell the rock legend’s story right. Director of photography Newton Thomas Sigel reveals how he did just that below—plus how his work can make or break an actor’s performance.

How would you describe the role of a cinematographer?
Along with the director, the cinematographer is the visual author of a film. How [prominent] this authorship is depends on the particular director. There are directors who have their hand in every frame, and those who are content to work mostly with the actors. I have had the good fortune to work with both ends of the spectrum. Neither is necessarily a better director, just different. Regardless, the cinematographer is ultimately responsible for where the camera goes, how it moves, how the frame is composed, and how the scene is lit.

How did you become involved with ‘Bohemian Rhapsody’?
[Director] Bryan Singer and [producer] Graham King sent me the script and invited me to go on an adventure. I read the script and flipped out. The movie has everything: an intensely emotional story of self-discovery, impossible love, the tricky waters of sexual identity, the horrors of the AIDS crisis—and music, music, music. I love shooting music; it’s so invigorating and liberating.

What were the specific challenges you faced shooting this film?
The biggest challenge was respecting the omnipotent legacy of Freddie and Queen. You only get one shot, so we wanted to make this right. I did a tremendous amount of research. I watched every concert, every documentary, read all the books, scoured Queen’s archives. I had their music going in my head constantly and broke down every song in the script.

READ: The Secret to Being Memorable On-Camera

Do cinematographers work with actors?
I work very closely with the actors—not in regards to performance, which is the realm of the director, but more in the execution of their ideas. I also feel it is crucial that the cinematographer do everything possible to create the best environment possible on set for the actors to do their magic. Since I am moving cameras and lights around all the time, it is imperative I make that as invisible as possible.

How does cinematography affect the actor’s performance?
There is a lot a cinematographer can do to enhance the ideas an actor or director is trying to convey. The quality of the light or the movement of the camera can sometimes have as much impact as a sharply spoken word. This also means the camera has the potential to step all over a great performance and distract the audience. As the cliché goes, if you didn’t notice the cinematography, it worked. But there are also times when I feel as though my camera is another actor in the scene, and that excites me greatly. I can remember doing scenes with fabulous actors like Angelina Jolie and Jeff Bridges with the camera on my shoulder and not a clue what they were going to do. I just reached back to my documentary roots and rolled with it.

From the perspective of a DP, what are the most common mistakes you see actors make?
Probably second-guessing their instinct. Being an actor is a very vulnerable position. You are asked to bare your soul in front of this inanimate camera so millions can see you at your most exposed. Brutal. It creates a lot of insecurity, and that can lead to not trusting the path your inner self is telling you to take. I also think an actor needs to put their faith in the director and trust where they’re taking them. If a performer feels they are being led astray, it’s critical to find a way to communicate discreetly and constructively. Not every actor can do that, and definitely not every director. When that isn’t happening, things can go awfully wrong.

What advice do you have for those who want to break into cinematography?
Watch every movie you can, back to the birth of cinema. Study painting, photography, and the arts. Go and live. Climb a mountain, visit India, work in a homeless shelter, have some life experience. Then get a camera and shoot, shoot, shoot. Make mistakes, experiment, take chances. Then meet kindred spirits who love telling stories with pictures—and hope you get lucky.

Casey Mink
Casey Mink is the senior staff writer at Backstage. When she's not writing about television, film, or theater, she is definitely somewhere watching it.
END_OF_DOCUMENT_TOKEN_TO_BE_REPLACED