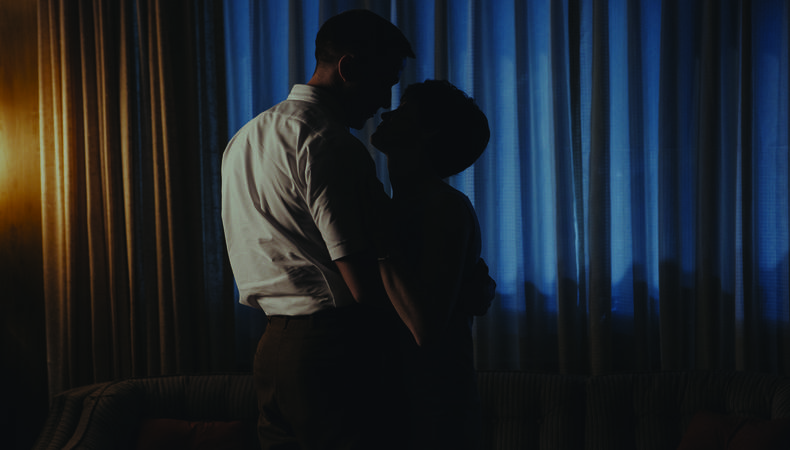 Academy Award-winning editor Tom Cross is director Damien Chazelle’s secret weapon, having worked with him to vastly disparate effect on both “Whiplash” and “La La Land.” But their most recent collaboration, astronaut feature “First Man,” reached new cinematic heights (space travel pun intended). Cross spoke with Backstage about replacing scripted scenes in the film with rehearsal footage of stars Claire Foy and Ryan Gosling, and how actors inspire him to step up his editing game.

How would you describe the role of film editor?
Editors are collaborators. They work with filmmakers, and it’s their job to help put all the pieces of the movie together to get the director’s vision up on the screen. We spend a lot of time working closely with directors. I think the image of film editors being solitary and working autonomously or alone in dark rooms is only partially true. For the bulk of the movie, we’re sitting with the director and we’re working closely with them every day. Great collaborations are almost like a marriage.

Are editors in some ways like a post-production director?
Great editors are storytellers, and it’s our job to use our storytelling skills to help the director realize their vision. It’s always the director’s film, I feel strongly about that, and so that means as an editor sometimes I have to let go of certain things. But I like to think that everything I do is at the service of the story and the service of the characters.

What was unique about “First Man” from an editing standpoint?
The most unique thing was the way Damien shot it, and the style he wanted for the story. He was really inspired by archival footage from NASA, which was very claustrophobic and intimate and felt very personal to him, almost as if he were seeing the diaries of an astronaut. All those were qualities he wanted, so he shot the movie in a cinéma vérité fashion, all handheld camera. He shot two weeks of rehearsal footage with Claire Foy and Ryan Gosling and the child actors who play their children, because he wanted to get all of the actors comfortable together as a family, but he also knew that he would use that footage, he just didn’t know exactly how. We’d have to find that in the editing room.

READ: 6 Secrets That Will Save You From Bad Film Acting

What was it like to edit rehearsal footage opposed to scripted?
A lot of what was different about this movie was how to approach the footage, because the footage was often improvised and unscripted and documentary-like. Some of that rehearsal footage replaced scripted scenes that we had of the family, just because it felt more authentic. Those actors are amazing with their characters in the scripted scenes, but they really became those characters, and you see that in all the unscripted material we had. That’s a big reason why we used a lot of that footage, because it just felt like we were flies on the wall watching real people in a documentary.

Though you don’t work directly with actors, is it safe to say what you do affects their performances?
My favorite thing about film editing is working with great performances. That to me is the most fun, and I feel like as an editor it’s my job to take the performance gold that I’m given and protect it and make sure that all the character arcs feel correct, all the emotion feels continuous. I don’t always believe that editing has to be invisible, but I do think that performances should be seamless. That’s something I really pride myself on and something that Damien and I work very hard on. “First Man” was a joy to work on because of Claire Foy and Ryan Gosling. Their performances were just so stellar—and again, I will use every editorial trick in the book to make sure those performances stay seamless and consistent emotionally.

Have you ever used editing to make a weak on-camera performance appear stronger?
It’s not uncommon in editing, where you really have to try to build performances or build emotion. That is definitely a huge part of an editor’s job, and one that people don’t really know about. I’ve been very fortunate in that my last several films I’ve worked on, I’ve gotten these amazing actors doing amazing work, which does make my job easier. At the same time, the bar they’re going for is so high that it brings my game up as well. If you have actors that are not as experienced, it means the editing is much harder. But recently I’ve been very lucky to get nothing but the best.

What advice would you offer someone who wants to pursue editing?
Think about the sort of projects you want to work on: commercials, documentaries, feature films. Really try to connect as much as you can with people who work in those genres. And then just don’t give up. I worked for many, many years as an assistant editor, and it took a long time for me to jump to editor. I kept taking stabs at it and kept going and eventually got some lucky breaks. It takes time; I’ve been there. Just have patience, and if you love what you do, you’ll be that much more ahead, as opposed to going into a certain type of editing because it pays better. Just keep going, even as an assistant editor or apprentice editor. Keep editing. Work on friends’ projects, cut a short. All of that will inform your editing and storytelling as you mature as a filmmaker.

Casey Mink
Casey Mink is the senior staff writer at Backstage. When she's not writing about television, film, or theater, she is definitely somewhere watching it.
END_OF_DOCUMENT_TOKEN_TO_BE_REPLACED