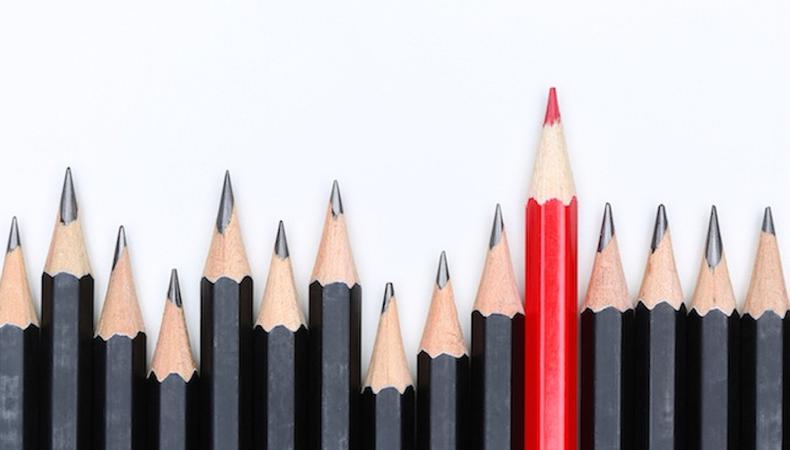 For our special college guide, professors and directors from around the U.S. share their tips for student actors. These artist-educators carry profound experience and represent a wide range of institutions—public and private, big and small. Here’s their best advice on everything from classroom etiquette to how to approach your training.

Get outside of yourself.
“The most important person in any scene or scenario is always the other person or people. It is not only an important philosophy for acting but a useful one for living. Creating character is the intersection of revealing parts of yourself by living in another person’s real or imagined history and circumstances. Be a curious and considerate citizen of the world—avoid making it about you, because it so rarely is.” —Jennifer Chang, head of undergraduate acting, University of California San Diego

Don’t be a “Stanislavskian bobblehead.”
“It’s not about how you feel, it’s about how you make the audience feel. Don’t get lost in the trap of your emotional satisfaction in the work: you are a vehicle for the emotional journey of the production. Your job is to reach out to those watching and have them take a trip....As an actor, be prepared to be diligent about doing your own work, finding your own active journey in a text, and learning how to physicalize and give voice to that life. Remember you have a body when you are onstage. Or in the classroom. How many actors in American training programs concentrate only on their voices, their emotions, and keep all the acting only in their heads, like Stanislavskian bobbleheads. The action runs through your entire self—your arms, your legs, your core—all has to be activated at every moment onstage.” —Melia Bensussen, chair of performing arts, Emerson College

Push past your fears.
“Find the edge. Push to it, find it. In our program, we say to find the fear in the room and face it, and that’s in any process. When the thing stops moving forward, it means someone has gotten too afraid to move forward.” —Valerie Curtis-Newton, head of MFA directing, University of Washington

Go beyond the classroom.“Actors can benefit from realizing that they must take ownership of their training from the beginning. The work introduced in classes is only a starting point; it must be encountered outside of class, regularly, in order to have a lasting effect. Learning to cultivate a self-directed, embodied practice that is inclusive of voice, body, and text is essential for any actor and is a necessity if one hopes to sustain a long and challenging career.” —Blake Hackler, professor of acting, Southern Methodist University

Break the “handcuffs.”
“A good place for the student actor to begin character development is to bring yourself to the event, the circumstances of the character. It takes patience, imagination, and risks. Fear of failing handcuffs the actor to play the quality, not the experience and needs of the character. Student actors must feel free to fail, without failing out.” —A. Dean Irby, associate professor of acting and co-coordinator of acting conservatory, State University of New York, Purchase College

Be ready to engage with every new day.
“Start each day fresh. Be open, be present, be positive, and be ready for the possibilities. If you are negative or jaded, you will miss out. You are too young to be cynical. Enjoy the work and the creativity of yourself and the people around you. There is only one you. Be the best ‘you’ you can be.” —Diane Lala, professor of musical theater, University of Cincinnati, College Conservatory of Music

Don’t wait for the answers to be handed to you.
“Don’t ask a director to be the only one making choices. Actors need to come in with questions and ideas to work with, and developing sensitivity towards how those choices serve the larger world of the play.” —Annie Levy, head of MFA directing, University of Alabama 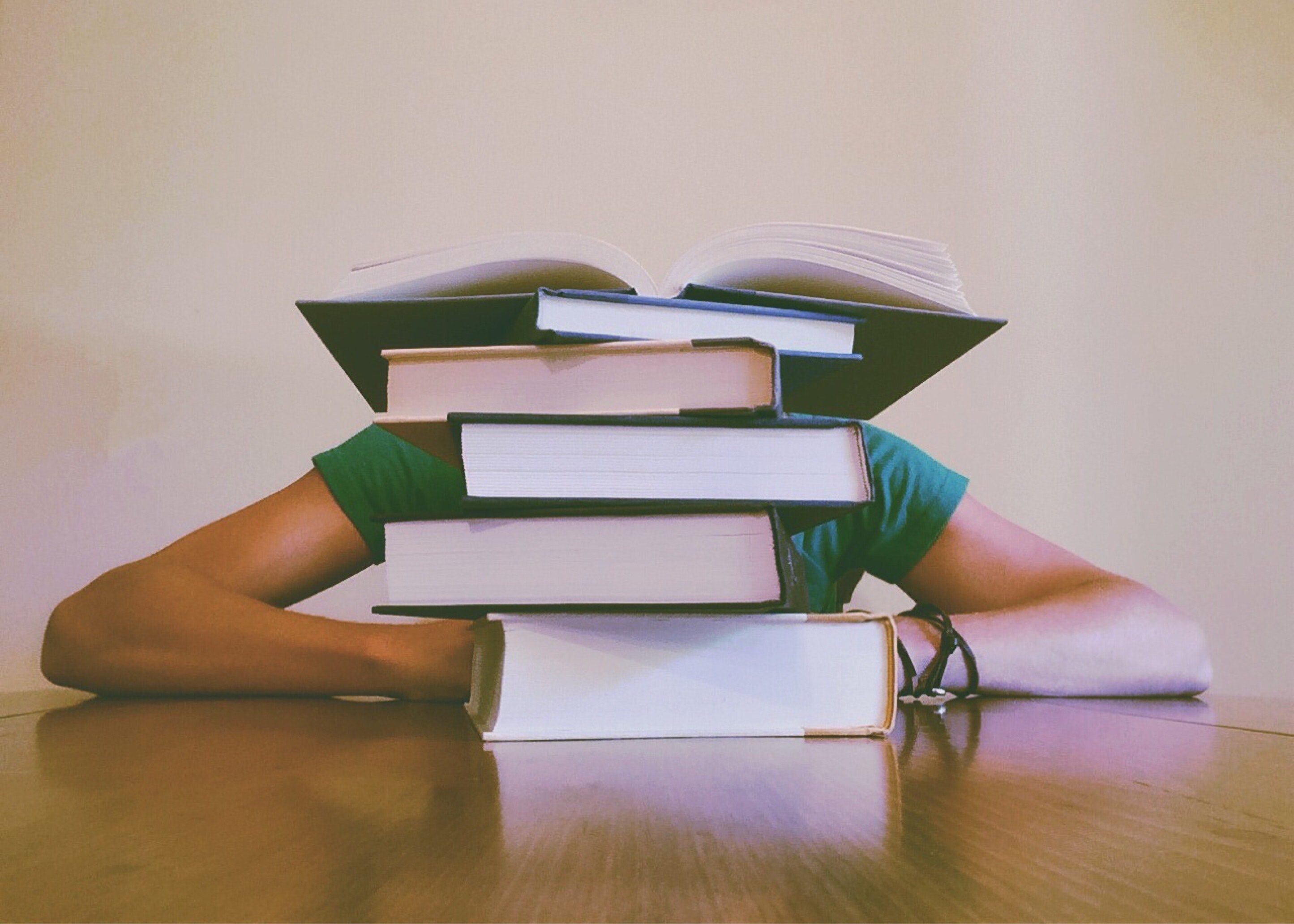 Know your place.
“I want student actors to understand it’s not their responsibility to give other actors notes....I, as a director, say I’m open to us building this piece collaboratively, so if you have an idea come and see me. Don’t go to another actor and tell them to do something a certain way. It’s important to me that actors learn it’s not about being dictatorial, it’s about [the director] being the clearinghouse of info to the actors. Actors shouldn’t be getting conflicting information.” —Dr. Christina Marín, program director of theater and film, Phoenix College

Fall with grace.
“Don’t waste time trying to protect your ego. Protect yourself, yes, but let your ego learn how to grow from failure. Actors waste so much time in training arguing that they don’t need training. If I fall down a ski slope, I shouldn’t argue with the ski instructor that the way I fell was actually not only really great but actually much better than skiing.” —Pete McElligott, instructor of scene study, voice and speech, Stella Adler Studio of Acting

Find intersectionality in your training.
“Release the idea of each class being an individual entity (i.e. math, science, English) and open your awareness to the points where each discipline intersects. Explore how what you learn in one class applies to the others. Integration! Be fearless. Don’t sit back in classes waiting to decide whether or not you want to do or should do—simply do. Fully engage the entire process and access it afterward. Bring your joy and a healthy curiosity. This is supposed to be fun. Hard work, yes. Uncomfortable at times, yes. But always joyful. Embrace it all.” —Michael McElroy, head of vocal performance and associate chair of the department of drama, NYU Tisch School of the Arts

Ask the right questions.
“If you feel like you are acting, you probably are. Stop. Relax. Focus. Don’t conceal your insecurities with technique. Be wary of directors who yell at you in rehearsal. Do you really deserve a tongue-lashing? If so, take it and stop doing whatever the hell you’re doing. If not, ask yourself, ‘Is this worth it?’ Directing is stressful, but yelling isn’t necessary. Protect yourself.” —Jessica Podewell, theater professor of practice, Tulane University

Make a choice.
“I really appreciate it when actors take the initiative to make definite choices in scene work and rehearsal, rather than waiting for the professors and directors to tell them what to do. Making a choice and executing it—be it good or bad, right or wrong—is a necessary part of finding out who you are as an actor and discovering what really works. There’s nothing wrong with making a bad choice when you’re in process; the real crime is making no choice at all.” —Robert Ramirez, head of acting, University of Texas at Austin

Don’t show up hungover.
“This will most likely fall upon deaf ears, but don’t party so much. No matter how young and strong and immortal you feel, showing up hungover doesn’t help you. The tendency, since rehearsal is over when it’s over, is for students in theater programs to party excessively. It takes this part of your life and this part of your training for granted and it’s disrespectful. I know when someone can’t lock in because they’re just too polluted, and I can recognize it easily because I was, unfortunately, one of those kids. Take your training seriously....The student who thinks they can show up and ride on their innate talent misses the point of training. Have humility. The harder you work, the more humility you have, the further you will get. (Unless you’re one of those cocky fuckers who has the immense talent to back it up.)” —Mark Routhier, professor of theater arts, Loyola University New Orleans

Develop good habits.
“If a student can avoid the habit of feeling that getting up to work is a chance to perform, a lot more progress could be made. What we’re doing in the classroom is more productive, pleasurable and true to the task, which is getting up to do one’s work. We aren’t seeking our classmate’s admiration or a teacher’s praise. We are trying to ‘get to it.’ Our aim is to practice the habit of fully-realized choices, consciously made and spontaneously executed. Of course, it’s so much more than that, but what a spectacular start.” —Gail Shapiro, senior lecturer of acting, Northwestern University

Accept what you know—and what you don’t.
“Student actors in training programs should avoid reaching the conclusion that they know which classes they need and which classes they don’t. The classes they struggle with the most, and therefore usually enjoy the least, are usually the classes they most need because they are addressing their areas of weakness. The most important reason to go to a training program is to address your weaknesses, not to display your strengths.” —Scott Zigler, dean of school of drama, North Carolina School of the Arts; director of Institute for Advanced Theater Training, American Repertory Theater, Harvard University