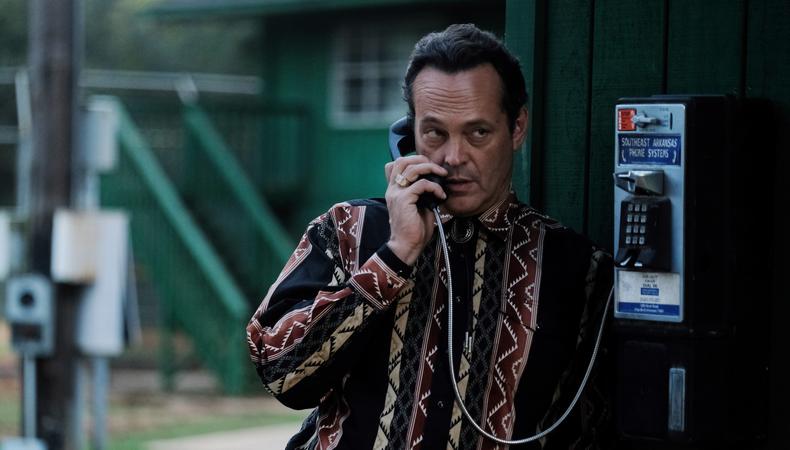 Behind the sumptuous costumes that end up onscreen is the painstaking work of the costume designer tasked with using clothing and accessories to communicate who characters are and how they fit into the tapestry of a larger story. Along with their team, designers tackle everything from making costumes by hand to working on set to ensure nothing gets damaged during filming (and that there’s a backup if it does).

Having worked in every position in the department throughout her career, no one knows the needs and requirements of costumes more than Ashley Heathcock. And it’s precisely that experience that has led her to run the team as a costume designer, most recently on “Arkansas.”

Talking with Backstage, Heathcock details what a costume designer’s job entails, the process of determining what the look of a film’s costumes should be, and the career path that led to her latest job.

[The design] process is different depending on the job. It depends on how much time we have, budget, if what you need is even available or if you do have to create it from scratch. When I say “design,” I usually mean I’m curating a look and that could mean I buy it, I alter it, I change the color, or it could mean I sketch it out, I buy the fabric, I work with the tailor, we build it. It’s all of those things! So it’s like designing a very curated look for a character.

How did you become a costume designer? What was your first production job?
I always knew I was gonna work with clothes from a very young age so I studied fashion design in college and really developed a lot of useful skills. I started at the bottom as an intern and then a PA, which was the first time I was able to have a conversation with a costume designer I was similar to. I thought it would be best if I was able to do every job in this department over my career and then try to go for designing. It took about 10 years of me just working in different areas in the costume department and eventually to assistant design, then to be a designer.

Some people shadow a designer and learn a lot that way because if you follow a designer around, you’re seeing how they communicate with everyone in the department. So that’s just another way to get there. I think they both take about the same amount of time, whichever way you go.

I happened to meet a producer casually and asked, “How do you get in because I’m sending my resume around all over town and no one’s giving me a shot!” And he said, “it’s all who you know. If  you’re serious I can put you in contact with a supervisor and she will decide if she wants to interview you.” That one conversation was everything I needed to just get the opportunity to intern, and then I moved up to PA after that.

Follow through [is also crucial]! The producer also said, “I can’t tell you how many times I hear this from people and they don’t call the next day.” If you don’t know much about an industry it would be exciting and scary, and maybe feel a little bit out of reach.

What does a day in the life of a costume designer look like?
I’ll start from the beginning [of my work on “Arkansas”]. I got the script [and] felt a strong connection to it: I’m from the south and it takes place in the south. I broke down the script, found every single character and how many script days each character was in. So that means to me, as a designer, how many changes each character would have. I started with the main cast and gave my ideas on a board, building design ideas, finding inspirational photos because I needed to know what Clark [Duke, director] was thinking.

We had about two-and-half weeks of prep—that was it! Each day we started by going in early, me and the team, we’d finish whatever sewing needed to be done, we’d finish whatever aging needed to be done for the costumes that were that day so we were never really ahead. We’d set the costumes and then I’d go to set, make sure there were no problems and then I would go back to the costume truck and do it all over again: shop a little more, do another fitting, do more alterations, get it approved with Clark when he had a moment. And that was every day!

Every costume requires different amounts of attention and we had a lot of quick changes and a small team. So there were moments I was just standing by [on set] to make sure the actor was happy with a change if they hadn’t seen it before, make sure Clark was happy with it and the fit was right. There were other moments where I was literally helping Vivica Fox change because the set costumer was on set and needed to stand by during shooting. You know, a lot of very fast-changing parts.

What do you look for when hiring your team?
The set costumer I had worked with on another feature film—she came to me from Los Angeles. Our supervisor was a local hire. And I had a PA, a great position for anybody who wants to one day be a costumer or a costume designer—PA is how you start. So she was our extra hand and she would go on runs for us and was a very big part of how our whole department flowed.

What’s the process like for getting a costume designer job?
It is all who you know sometimes! I had designed a commercial in New Orleans years ago and I still keep in touch with the producer and she was involved with Clark in the very beginning of “Arkansas.” She told me about it and I was very excited for the opportunity to meet and work with Clark, so she sent over my resume and portfolio. There was an interest and I was allowed to read the script, do my design boards, and meet with him.

That’s pretty common: you show someone the work you’ve done in the past and they say, “Well here’s my project, show me how you see this” and then you have a discussion about it. It’s a lot about chemistry, too. You can have really great ideas but if you don’t have chemistry or aren’t able to read each other’s thoughts well, you might not get the job.

I do have an agent now but it took me emailing a lot of agencies every year, saying, “Do you wanna rep me?” But I am still someone that will watch a movie, love the directing, love the story, and try to email someone like a director or a producer and just say, “I love your work, I’m a filmmaker too, maybe we can work together in the future, here’s my portfolio.” I still do that.

What advice would you give an aspiring costume designer?
Start doing it yourself, even if it’s not paid. Maybe you know a musician friend and they have a photoshoot, say, “I would love to just dress you.” Or if you know someone shooting a music video and there’s no pay—just do it to get the title. And theater! Any type of design, just start doing it before you have a paycheck. 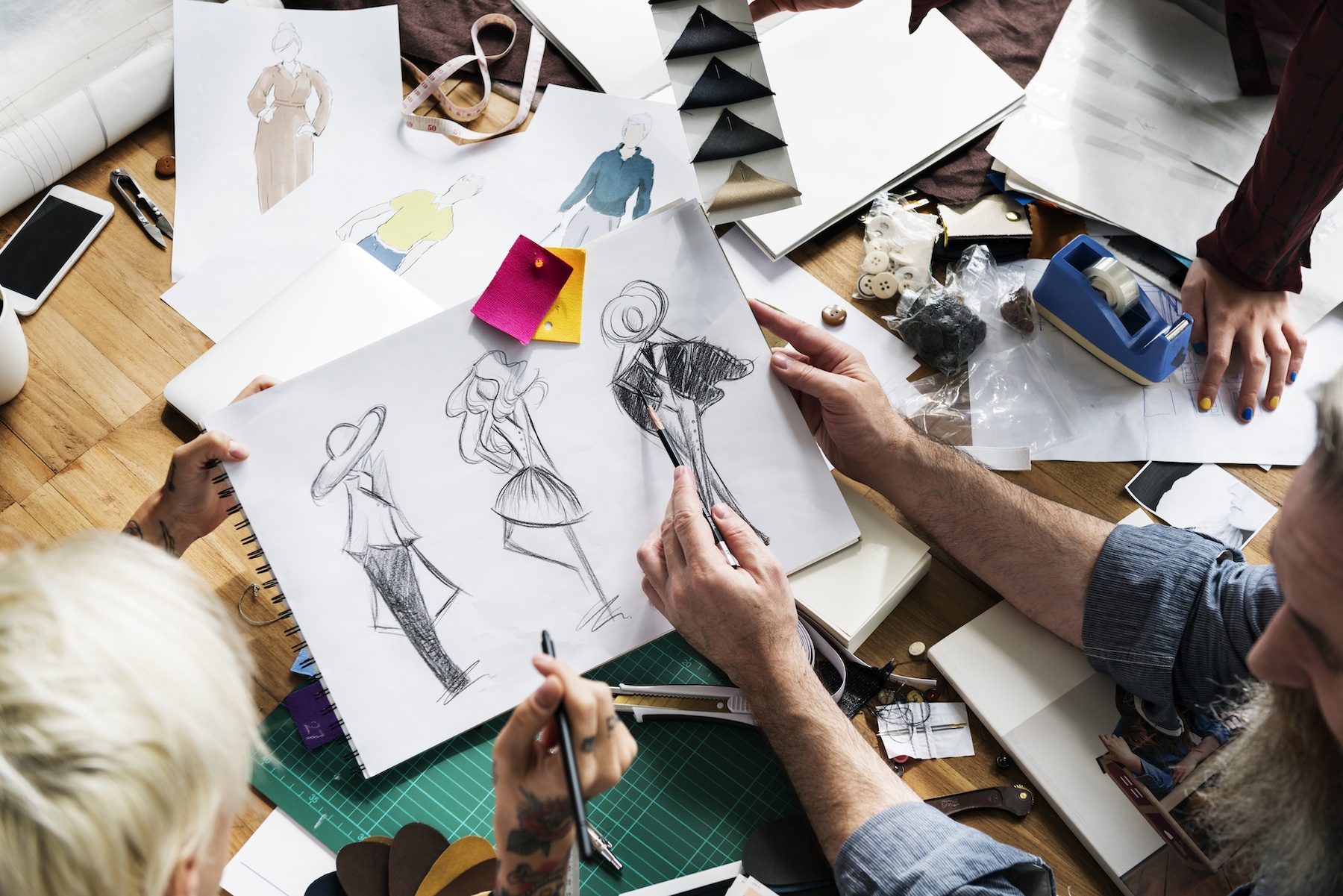 How to Get Started in Costume Design

What are some of your favorite moments of great costume design? Any projects you're particularly inspired by in your work?
I think maybe my all-time favorite is “The Fall.” It’s beautiful. It came out in 2006 directed by Tarsem Singh, and the costume designer, Eiko Ishioka, has since passed. Those costumes are so surreal. It’s like moving art when you watch that film. The use of color in design it’s really breathtaking.