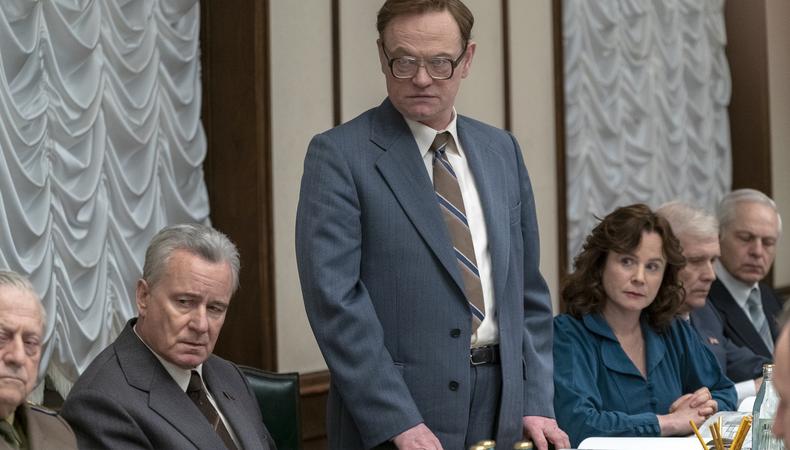 “Chernobyl” is not for the faint of heart. The HBO limited series, created and written by Craig Mazin, painstakingly chronicles the infamous 1986 nuclear disaster in the USSR. Its five-episode run begins by mapping the event’s aftermath and ends by recreating and explaining its root cause. It, in turn, depicts the ways a then-unheard-of nuclear accident claimed the lives of hundreds if not thousands—from the firefighters who were called up to the scene without knowing its true dangers to the nearby townspeople who unsuspectingly were exposed to lethal doses of radiation.

But Mazin, who began working on the project in 2015, never intended it to be a historical curiosity or, worse yet, a mere indictment of Soviet bureaucracy. To him, the story of what went wrong in Chernobyl and how the USSR government decided to cover up its own crisis mismanagement, was always a story about what happens when people deny the very truth that’s in front of them. For him, the show serves as an allegory for the cost of lies theme almost more timely in 2019 than he could have been able to anticipate. Thus, “Chernobyl” opens not with the nuclear plant exploding but with a quiet scene featuring Valery Legasov (Jared Harris), the deputy director of the Kurchatov Institute who had been called to Chernobyl to aid in its cleanup efforts. He’s recording a suicide note of sorts that hoped to set facts straight about what had taken place two years earlier: “What is the cost of lies?” he asks himself, into a tape recorder. “It's not that we'll mistake them for the truth. The real danger is that if we hear enough lies, then we no longer recognize the truth at all.”

It is there that the key thesis for Mazin’s treatment of “Chernobyl” can be found; it only became ever more pronounced as he worked on it through the 2016 election.

“When I began,” he says, “the thing that was driving me was a general sense that there was a disconnect that people had between uncomfortable truths and the way they wish the world worked. That was already there. And I've always felt that anyway. But I could see it in a certain amount of climate science denialism. And I could certainly see it in vaccines and elitism. And just in general, the manner in which political extremes function.”

Better known for his screenplays for broad comedies like “The Hangover Part II” and “Identity Thief,” Mazin is well aware that this latest HBO project is a change of pace. He’s quick to point out, though, that it wasn’t too conscious a choice. “I think it was a bit of fatigue,” he offers instead. “I mean, you can only do the same thing so many times and in the similar way before you just start to feel a bit of fatigue. And you want to try something else, just to see if you can do it just for fun. I mean, in the end, this was certainly not a project that I did for a huge paycheck. It was because I felt compelled to do it. It seemed like I got to use some muscles that otherwise I would not be able to use.”

Working on “Chernobyl” felt invigorating, but Mazin would rather not be used as an example of a comedy writer who suddenly woke up one day and decided to tackle prestige drama.

“I would argue that most of the very successful comedy writers in Hollywood are also more than capable of working in drama,” he says. “I don't think the opposite is true. I think that's what people don't realize: Most people that write comedy are capable of writing drama. It's just that when you do write comedy, that tends to be the thing that people with money want you to keep doing.”