David Fincher’s Casting Director, Laray Mayfield, on How to Get Cast by the Filmmaker 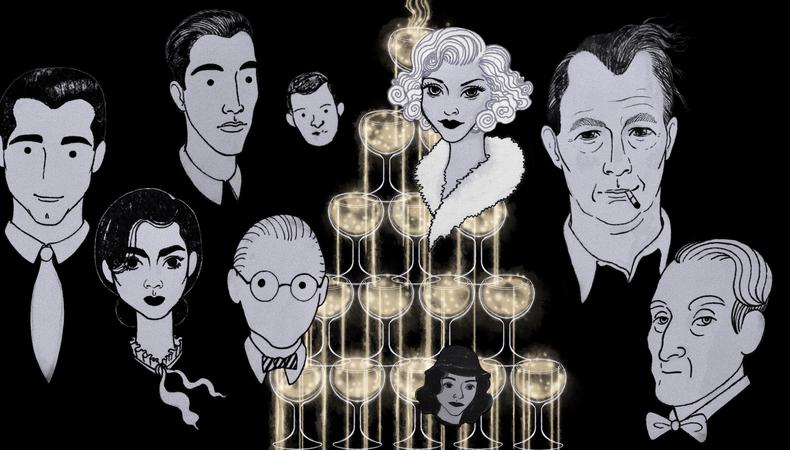 Nobody but Laray Mayfield could have cast Netflix’s “Mank.” She saw the first version of the script back in the late ’90s thanks to her long-standing working relationship with director David Fincher, which dates back to making music videos in the ’80s. Her work in film alongside Fincher and beyond has earned Mayfield both critical and popular acclaim. An expert at building ensembles and finding new faces, she again worked her magic on “Mank,” which chronicles Herman J. Mankiewicz’s writing of “Citizen Kane.” Here, she shares her advice for actors and illuminates how she works with Fincher after all these years.

How did the ensemble for “Mank” come together?
We spent a lot of time reading and meeting actors. Of course, we offered it to Gary [Oldman] first, and that was a pivotal piece of our casting. And then we went to Charles Dance. For everything else, we  jumped in and started doing lots of auditions, running lists, and talking to David about different actors. We did that for seven months.

What were auditions like?
You read lots of people who are wonderful actors and do incredible jobs, but only one person gets the role, and there are all kinds of reasons why. You whittle that down to the people who really stand out, and you start to spend a lot of time with them. It’s something that shows itself very clearly very quickly. There are people who are great and have a very interesting take on the roles, which was very important. It’s not [about] looking for someone who is impersonating these people; it’s getting the nuances and the depths of the different types of characters and what made them who they were, and then taking all that and folding it into their interpretation of who the person was. It’s a very talented actor who can do that, and it’s really fun to get to watch.

What do you have to consider when putting so many actors together in a cast?
You have to look at it from the overall view of the story and the people in it, like an extended family portrait, and how each person fits together. It was a very specific time period. There are things you’re looking for in people’s demeanor: the way they speak, the shape of their face, those kinds of things. People looked very different in that time period than people look now, or people looked in the ’60s or the 1800s. The most important thing is the performances, but because this was set in a distinct time period, the physicality of people had to match up to when it took place.

What can actors expect from auditioning for you?
They make an impression, and if they don’t get the job, I remember them for something else.

What was different about casting this project?
The time period, of course, and [the fact that] so many of these people are legendary, historic film figures. The cast was very big, and our shoot spread over several months. Plus, actors were working on other things, so they lived in other places besides Los Angeles; there was a lot of that balancing act of showing people to David who were really great, but making sure they were available and double-checking with what they had going on and what our schedules were. That part of it was a little daunting, but once we got a groove going, it all worked out.

READ: The Cast of ‘Mank’ Captured the Essence
of its Real Life Stars

How do you work with David Fincher?
We have a great time together. There’s an ease between David and I because we’ve known each other and worked together for 35 years. There’s a shorthand because we’ve been doing it for so long, and we kind of know what the other one’s going to say or what they’re thinking, and we also like very similar things. Creatively, it’s very inspiring. I have a lot of freedom with David to really just go out and dig deep and bring back all kinds of ideas and thoughts. He knows actors so well, so it’s really fun and interesting to talk to David about actors. It’s also fun when there’s somebody we talk about that he doesn’t know, and I get to introduce him to those people. It’s a big job and a big responsibility, and we take it very seriously. We work very, very hard, but I get to do it with one of my best friends.

“It might not be the success that you hoped it would be if you don’t get the job, but there is still a success to be had there, and it shouldn’t be overlooked.”

What advice do you have for actors?
If somebody really wants to be an actor, they should take acting classes. They should go to school for it. If you’re a young person who is interested in it, you should perform in school plays or musicals. It’s a training. It’s like dancing, it’s like painting, it’s like playing football, it’s like playing guitar. You don’t just decide one day you’re going to be an actor, and then you just start auditioning. The more training you have, the more background you have, the more you know about acting, the more likely your auditioning is going to be successful. If people feel really comfortable about auditioning, if you come in and do a great job or you send in a self-tape and it’s really wonderful, you know one person’s going to get a job. Many times, you’re seeing hundreds of people for a role, if not more. If you send in an audition or you do an audition that is really memorable and really hits, that’s a great success. It’s not going to be as satisfying as getting the job, but it is a success that should not be overlooked. It’s a building block, and the better foundation you build for your acting or any career, anything in your life, the more likely you are to be successful at it.

What don’t people know about what you do as a casting director?
A lot of things go into making the decision for when somebody gets a role. I think that sometimes, maybe they think it’s a personal thing, and it is not at all. It’s never a personal thing. It might not be the success that you hoped it would be if you don’t get the job, but there is still a success to be had there, and it shouldn’t be overlooked. An actor should really applaud themselves when they do great work. It’s always better, I’m sure, when you get the job. But just showing up and doing a great job—that’s not a little thing. That’s a big thing. It takes a lot of work to do that. They prepare and work on their scenes, and I wish actors could be more able to embrace those things. I understand why they can’t sometimes, but I wish they could.

This story originally appeared in the March 11 issue of Backstage Magazine. Subscribe here.

Elyse Roth
Elyse is a senior editor at Backstage, where she oversees all casting news and features content, including her weekly casting director Q&A series, In the Room. She came to New York from Ohio by way of Northwestern University, where she studied journalism, and now lives in Brooklyn. She might see and write about awards-worthy films, but Elyse still thinks “Legally Blonde” is a perfect movie and on any given night is probably taking in some kind of entertainment, whether it’s comedy, theater, ballet, or figuring out what show to binge next.
END_OF_DOCUMENT_TOKEN_TO_BE_REPLACED