A Day in the Life of a Child Swing on Broadway 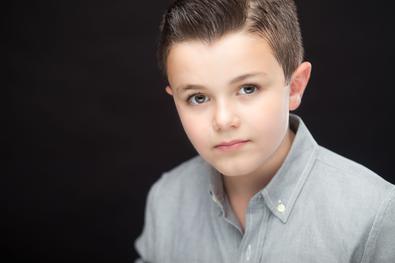 Meet Michael Cascetta, a 10-year-old actor/musician who is currently a swing in Broadway’s “School Of Rock.” The role of a swing is incredibly hard and to cover five roles (Lawrence, Freddy, James, Mason, and Billy) at only 10 years old is a phenomenal feat! Let’s see what a day in his life is like.

What is a swing and what do they do?
In musical theater, a swing is a member of the company who understudies several chorus, dancing, or instrumental roles. Swings can go on stage to perform at any time—with five seconds notice—in the middle of the show or with hours of notice. All swings are trained to know the lines, choreography, and in my case, the musical instruments of the characters they understudy.

Which is your favorite role out of the five that you cover?
My favorite role in “School of Rock” is Freddy, the band’s drummer! His character is strong and musical. He expresses himself through playing the drums and I love playing the drums too! It’s an unbelievable feeling to sit at the drums on the Winter Garden stage. The music moves me and I am inspired to give it all I’ve got.

What’s the best part about being a swing?
My favorite part about being a swing is when I get to go on stage as different characters. During one show, I can play the keys as Lawrence, and during another, I can rock it out on the drums as Freddy! There are also other roles I enjoy. For these roles, I do not play an instrument but I get to dance, act, and sing. These roles are Mason, the band’s technician, James, the band’s security guard, and Billy, the band’s stylist. I have played all my roles at this point, except for Billy, the band’s stylist. However, I will be playing Billy coming up in April! I will then be able to say I have been on stage to play all of the roles I have been hired for. It will feel great to have completed what I set out to do!

Was it hard to learn all those parts?
It was a long, fun road getting to where I am now. I first learned the role of Freddy. It is a musical role, so I was trained for one month. I was then trained in three non-instrumental roles. Each of those roles took one week to learn. The last role I was trained in was Lawrence. The music was the fun part to learn with Freddy and Lawrence. The other roles were quicker to learn. Once you learn one role, it is easier to jump into the other roles. As a strategy for remembering the many lines, steps, placement, and songs of each character, I made cue cards for each of the five roles I understudy. I really don’t need them anymore, but they are something I can look back at if I need to. As a swing, you begin to learn all the roles because the show becomes a part of you.

What do you do to pass the time backstage?
We do our homework, play games, sing, draw, and whatever else comes to mind. There are three other child swings in the show besides me, so there is always someone to talk to and something to do. There are also times when we are told to review our roles [as the performance is happening] called “running the show.”

What do you want other kids to know about being a swing?
I think swings are widely misunderstood. In other words, not everyone knows what a swing is or just how important they are to each performance. I didn’t really understand how important swings were in the theater until I became one. Swings are so important to a performance because, without them, the show could not go on. I have such an appreciation for them and always will!

*This post was originally published on May 8, 2018. It has since been updated.

Ready to make your Broadway debut? Check out our kids auditions!