The 5 Rules of Improv 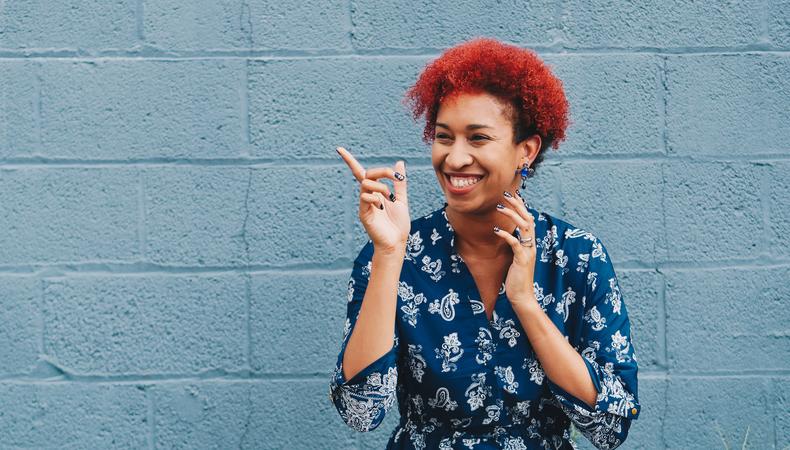 Improv means you are unscripted. It’s used all the time in auditions, rehearsals, and performances. I get lots of students who think they can’t do improv. That’s ridiculous! Anyone can do improv. You just have to know the rules of improv. So get ready for me to take the mystery out of improvisational comedy.

First of all, just give yourself permission to go to your “silly zone.” This is a place where you are OK to embarrass yourself, to be boring, to fail. In this zone, you set yourself free to try anything. That is your creative zone. Trust that anything that you feel like doing or saying is OK. Even if it doesn’t make sense right off the bat, it will lead to something wonderful. All the goodies are in that zone. You cannot judge them or the door closes. Just trust to open the door and go with your first thought or action.

The Rules of Improv

Follow these five basic rules of improv and you’ll be well on your way to mastering the art of improvisation:

Start by establishing the foundation of your scene. This is a three-part process:

A. Who (basic character type)

The best way to create a character in improv is to think of a very specific personality type and just start moving like the character. Choosing an occupation might help to spark a character. Or you could pick someone you’ve seen in real life or a movie. Really get into the body of the character and try to physicalize him. Also, use your voice in interesting ways. Whatever the other person chooses as a character, make sure you choose the exact opposite so you will have a conflict. For example, if I am the clean freak, you would choose the slob.

Create where you are very specifically. Choose someplace interesting. Don’t ever talk about the setting, but show us instead. For example, don’t tell me you see the ocean, but splash water on someone.

The conflict is so important that we call it “the game.” You can’t have a scene without a conflict. This rule is going to save your tush in any improv scenario. As soon as you establish your characters, whatever the other person does that you notice first irritates you. Once you are obviously irritated by it, you have basically told the other character “the game,” and he does more of it. Always allow the conflict to heighten and move forward so it grows and grows.

The “Yes, and…” rule is one of the most basic rules of improv. It means that whatever has been established, you must agree and move it forward by adding new information.

That leads us to the next rule: Never negate someone else’s reality. For example, if Bob pretends like he has found $100, you would not say, “No you didn’t.”

A simple trick to always have something going on is to think that everything the other person does drives you crazy. And always just go with what’s right in front of you. Don’t try to make some amazing plot work out. The little truths that just happen are the best. Pay more attention to the other person than you do yourself.

This is what I yell out most as I am coaching improv: “Physicalize!” “Use your body.” “Show me, don’t tell me.” Plus, if you move, your imagination gets unlocked and something will happen. You don’t even need to know what you are going to do. Just start moving and it will turn into something.

What Not to Do During Improv

Looking to put your comedy skills to good use? Check out these auditions!

Cathryn Hartt
Cathryn Hartt, founder of Hartt & Soul Acting Studio, is known to many as “the UN-Acting Coach.” She coaches all ages (children through adult) and all levels (from beginning through masters).
END_OF_DOCUMENT_TOKEN_TO_BE_REPLACED