‘Escape at Dannemora’ Editors on What Makes Great On-Camera Acting 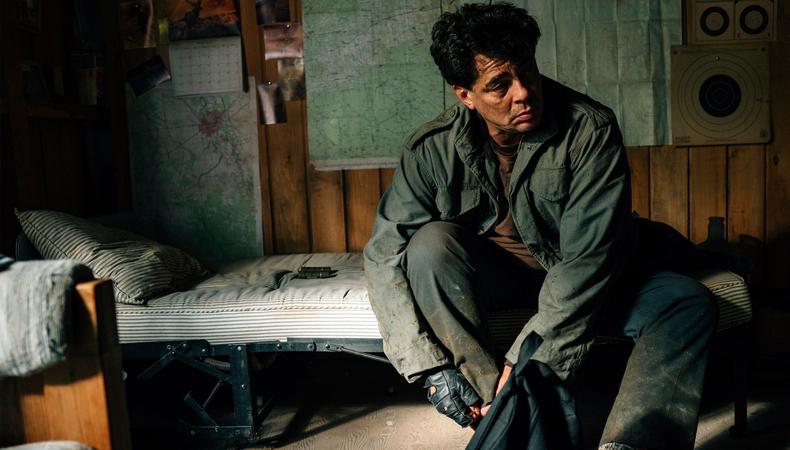 Showtime’s eight-episode epic “Escape at Dannemora” is less a traditional miniseries than a segmented feature film, which is by design—specifically, the design of editors Geoffrey Richman and Malcolm Jamieson. Here, the award-winning duo explains what they expect from actors’ performances and what’s more important than continuity between takes.

How would you describe the role of the editor?
Geoffrey Richman: It’s synthesizing all of the departments: the writing phase, shooting, and then, later on, music and sound. It’s synthesizing all of those elements to tell a story, one single story. There is the puzzle side of it, putting together all of these different pieces in a way that creates continuity of emotion and story that plays on screen, so there are not disparate parts.

Malcolm Jamieson: One of the important things an editor does is, because we’re not on set and we’re not involved in the day-to-day ups and downs of production, we can have a slightly more independent look at things and we can look at things with an unfiltered eye, hopefully, and see past any production issues that might be there because that’s not what we’re looking for; we’re looking for the best moments, the truest moments, and the best way to tell the story.

You’re both highly experienced. What was unique about “Escape at Dannemora” compared to other projects you’ve worked on?
MJ: One of the things that was unique for us on this project was that we were able to work with [executive producer] Ben Stiller as a trio. We were able to work together somewhat simultaneously. Even though we were working on different episodes, we felt it was a cohesive story. We’d frequently watch multiple episodes in a straight run, which enabled us to get a stronger story flow and style flow between the episodes.

GR: From the beginning, none of us wanted to approach this as individual episodes. It’s one eight-hour story. To approach it that way gave us continuity of style, but also, we were all building this one story together. To have fresh eyes, to have Malcolm come in and give notes on an episode I was editing and vice versa, it kept us from setting too soon, so we were able to do a full pass on the series and then circle back to the first episode and make changes before having to deliver any part of the eight hours. We were able to look at it as an eight-hour film and not as episodes that needed to be delivered according to some network schedule.

MJ: We’re in an exciting time right now because any mold that was is constantly being broken. I don’t think there are any rules anymore. The different forms of storytelling we’re in right now—feature-length films, short series, limited series, long series; there are all these different modes of storytelling, and we don’t have to be locked into anything. We can create new ways of collaborating depending on the project.

As editors, I imagine you don’t work directly with actors much, but can you explain how your work still significantly affects their final performance?
GR: As an actor, you want to be able to bring different things to the set and try different things. As editors, we want options from the actors. Things that are unexpected are the gems we’re looking for: slight subtleties or approaches to the dialogue on the page that are different and aren’t fill-in-the-blank types of performance. There’s a certain level of trust between the actor and editor, because just as you can take a bad performance and craft it to make it work for a film, you can do the opposite, too: You can take an amazing performance and demolish it by not using the right parts. They give us unexpected moments and we return to them the best use of their performances.

MJ: When I’m looking at a performance, all I’m trying to do is find the most authentic, engaging, surprising take. That can be a moment of silence or an extrapolation that goes off-script. [For actors,] it’s remaining open on a set, and [for editors,] it’s finding the new thing that can be created from that.

What is the protocol for combining a few really amazing takes that don’t uphold continuity?
MJ: I find that questions of continuity frequently disappear as the project moves forward. One of the powers we have these days is there is a lot more visual effects work, so we can frequently correct continuity things if they really bother us. I try not to let it be the thing that distracts me.

GR: When there are jump cuts or continuity [issues]—if the performance is right—I think it’s refreshing to know someone has thrown away these rules about continuity. Obviously, there’s a limit to that, if something is so jarring it throws you out of the scene, but [in general] the audience watching the film will be far more distracted by a dead performance than a slight discontinutity.

What advice do you have for someone looking to break into editing?
GR: My main advice is to just start editing as many different projects as possible. I think there’s a hesitation for people who are trying to find just the thing that fits into exactly what they’re looking for, and it’s easy to overlook the learning. But whether it’s a birthday video for someone or an eight-hour miniseries, it’s going to be a learning experience. You also never know where one edit can go: Editing the birthday video could lead to your first feature. That’s very often overlooked by people who are starting out and looking for just that right thing.

MJ: Being in an environment where you can quickly see other people working and take in a lot of different points of view is a very healthy thing for an editor to do: to realize there is not one single right answer but there are many options. Working with a class, you can get invaluable experience that proves that point. Also, don’t take something that doesn’t feel right. I do think it’s important to believe in what you’re doing, because as an editor, you’ll frequently be in a room for a long, long time on one project and you should be doing it with a level of confidence in the material.

Casey Mink
Casey Mink is the senior staff writer at Backstage. When she's not writing about television, film, or theater, she is definitely somewhere watching it.
END_OF_DOCUMENT_TOKEN_TO_BE_REPLACED