Why Faith-Based Festivals Are Invaluable 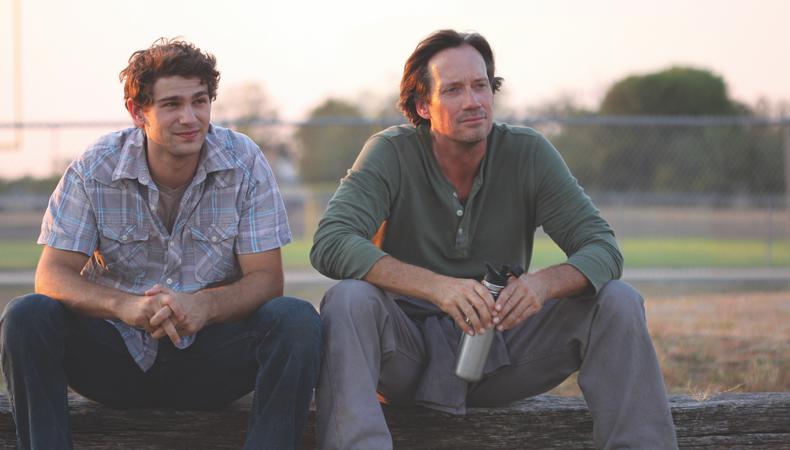 Christian films are gaining traction with audiences, as evidenced by the major success of films like “God’s Not Dead,” “Noah,” starring Russell Crowe, “The Chronicles of Narnia,” and others. But there’s still a ways to go before the genre becomes something larger than niche, and festival coordinators have ideas on how to get the ball rolling.

“The awareness of Christian film is growing, but without the quality pushing it up the hill we’re going to stay where we are,” says Jamee Kennedy, executive director and co-programmer of Austin-based film festival the Attic. “Once we get to a higher level of quality and stories, then I think more people will start coming.”

Quality storytelling was the No. 1 concern when choosing submissions for the eighth annual Attic Film Fest. “This year we were highly selective,” says Kennedy about the festival’s 100-plus submissions. “We had a bunch of good films submitted that we didn’t take because we wanted the very, very best.”

According to her, the festival accepts films telling stories of the gospel whether they be allegorical, evangelical, or clearly explained tales from the Bible. “TAFF is looking for quality films that explore, explain, or exemplify the Gospel of Christ or films to examine redemptive themes of the Bible (such as self-sacrifice, forgiveness, etc.),” according to the fest’s website. Also sought are themes of “forgiveness, unconditional love, sacrifice, honor, loving your neighbor, selflessness, and stories on how Christ lived and/or how Christians are to live their lives.”

In 2015 the fest worked with big players such as Kevin Sorbo (“Hercules”), who starred opposite young newcomer Samuel Davis (“Sin City: A Dame to Kill For”) in “Abel’s Field.” It turned out to be this year’s big winner, taking best film, best male performance, audience favorite, best directing, and best feature awards. “Abel’s Field” centers on a high schooler (Davis) tasked with caring for his two young sisters while surviving scuffles with football players. Sorbo plays the school’s field maintenance expert and subsequent guide for Davis. “Plus it was made in Texas and we like that since we’re in Texas!” says Kennedy with a laugh.

Also on the slate this year was “Beyond the Heavens,” which won best family film, best screenplay, and best technical achievement, and examines the “exploration of how faith and science meld together, what side you come down on. It poses questions of, How do you know if your faith is real? And all through the eyes of kids,” explains Kennedy.

Lifted directly from the pages of the Bible are films such as “Genesis,” which won a best female performance for lead Venus Monique.

“We have a lot of Christian actors but they need to continue to train every day and continue their craft,” says Kennedy, a former theater educator and casting associate. “And just because you’re a Christian actor doesn’t mean you need to be only in Christian films, either. There’s still a bit of stigma to overcome as a Christian actor, although that’s changing. We’re nationwide now!”

She points out the faith-based film industry doesn’t have a home base, so finding a network of like-minded creators is important, and festivals are a great place to begin the search!

“What we try to do is to allow filmmakers to come and meet each other and network so they can have a symbiotic relationship,” explains Kennedy about the community that values connection over competition. “So, for example, if I have a director in Dallas and he needs crew, he can call someone he met and they can recommend some people. We really do try to create a family, as well as a cooperative and collaborative atmosphere.”

Briana Rodriguez
Briana is the Editor-in-Chief at Backstage. She oversees editorial operations and covers all things film and television. She's interested in stories about the creative process as experienced by women, people of color, and other marginalized communities. You can find her on Twitter @brirodriguez and on Instagram @thebrianarodriguez
END_OF_DOCUMENT_TOKEN_TO_BE_REPLACED