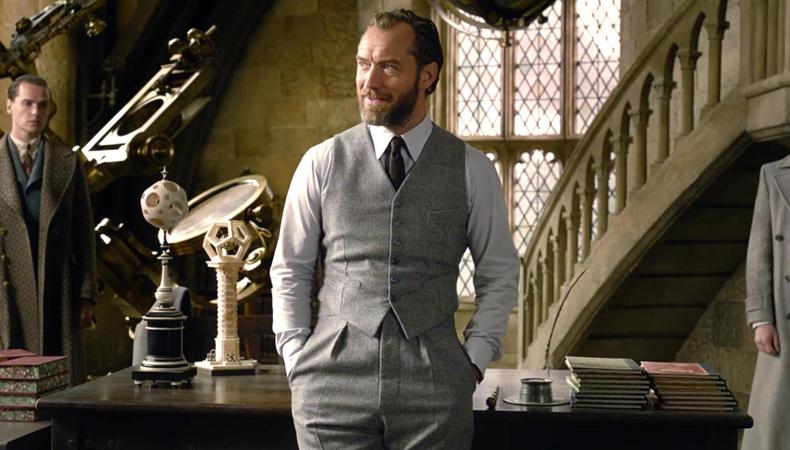 Dumbledore’s sexuality will actually be discussed in the “Fantastic Beasts” sequel.
The Harry Potter film franchise, which has long been criticized for its white- and straight-washing, is finally including an LGBTQ perspective in the upcoming “Fantastic Beasts” installment. Director David Yates has confirmed that Dumbledore's sexuality would be apparent in  ‘sensual moments’ between Dumbledore, played by Jude Law, and Gellert Grindelwald, portrayed by Johnny Depp. (The Telegraph)

“Lion King” puppet technician arrested.
Ilya Vett, a puppet technician at the Minskoff Theatre in New York, was arrested after he was found 3-D printing what appeared to be a gun. The Minskoff maintains that he was printing the gun as a gift for his brother who is in possession of a firearms license. (The Wrap)

Netflix to introduce choose-your-own-adventure TV.
Though it has yet to be publically announced, it looks like the streaming giant is working on infrastructure that will allow viewers to choose conclusions to their favorite television shows. The innovation combines a choose-your-own-adventure structure and the adrenaline of a reality television contest with a video game’s autonomy. (Backstage)

“Almost Famous” is coming to the stage.
Following the trend of adapting beloved films for the stage, Sony’s Columbia Live Stage Department has confirmed that Cameron Crowe is writing the book for a musical adaptation of his film, “Almost Famous.” (Rolling Stone )

Greta Lee is getting her own HBO show.
Greta Lee, best known for “Girls” and “High Maintenance,” is set to  star in new HBO show, “Ktown.” The show will be written by Lee and Jason Kim, a producer on “Girls” who also wrote Off-Broadway musical “KPOP.” (Hop Clear)

“Rafiki,” the first film with open homosexuality to be legally screened in Kenya, sells out.
After being banned for supposedly “promot[ing] lesbianism,” director Wanuri Kahiu battled in court to see the ban lifted. Though the lift will only last for seven days—allowing the film to be submitted to the Oscars for Best Foreign Language film—it has already become the second-highest grossing film of all time in Kenya. (CNN)

“Lilo & Stitch” will get the live-action treatment.
Dan Lin and Jonathan Eirich, who previously worked on the live-action remake of “Aladdin,” will produce the film, with Mike Van Waes writing the script. It’s unknown whether the film will be released on Disney’s streaming services or in theaters. (Daily Mail)